Yuuto complained with a groaned.

He stared at himself in the mirror checking out his school uniform for the first time. No matter how long he stared, he wasn’t satisfied by what he saw. A thin smile went across his face just before he struck a random cool pose. Afterwards, he pulled his cheeks apart then frowned with a look of defeat on his face. “Why does it look like this?” He sighed.

Yuuto’s dark blue almost black eyes traced along the mirror, first to his dark blue hair which was a brighter shade of blue compared to his eyes. Then to the school uniform which was the standard black jacket along with a white undershirt and red tie. The more Yuuto looked at it the more annoyed he was about how he looked in it.

“I guess it can’t be help.” He sighed again. While unbuttoning his school jacket revealing the undershirt underneath.

Here I was thinking I would make my Academy debut. All my fellow classmates would applauded as I entered the Great Yuuto Mamoru has arrived!!!

Of course even as Yuuto's mind drifted off into its fantasy he was aware that, that sort of thing wasn’t his style. He wasn’t interesting in making a grand debut. Or even making a normal one either. Even so the uniform irked him.

“Jeez, wonder if the uniform looks weird on anyone else?”

Yuuto blinked for a moment as he realized something. What time does school start? For a moment he was tempted to check the clock which resided just above his bed. Which was on the far left side of the room. His eyes peeked to the side seeing the flashing red light of his digit clock.

Okay, school is fifteen minutes away no big deal. But wait I haven’t eaten breakfast yet. Aw food, glorious food. No, no time. Damn it what a shitty way to start my first day of school.

It was barely noticeable but a tiny stream of tears had washed across Yuuto’s face as he mourned the breakfast he would miss. All of that lasted only a second once he realized he hadn’t moved away from his mirror.

Yuuto dashed from his bedroom to his living room, searching for his shoes. It took him about ten seconds to put them on before he ran outside. He went passed the door of his obnoxious neighbor slightly surprised he wasn’t complaining about something already. And then passed the second door when he paused suddenly mid stride and went back to his apartment in reverse.

“School bag.” He shouted as if to remind himself why he reentered the apartment. Like a whirlwind he rushed through his apartment going into his room, sliding on a discarded shirt that he had meant to pick up earlier. Without warning Yuuto slammed into his dresser draw knocking out the contents inside. A second later Yuuto was buried beneath his clothes.

“I don’t have time for this.” Yuuto complained as he burst out of the clothing pile. No matter how he looked at it his room was a mess. There would be no way he would find his school bag if he didn’t at least attempt to clean some of it. Taking a deep breath and rolling up his sleeves Yuuto began tossing all his clothes into the dresser draw. Regardless if they fit or not he stuffed them in and slammed the draw shut knocking it against the wall.

“Hey keep it down over there. Some of us are trying to sleep.” One of Yuuto’s neighbors complained.

“Yeah, yeah. Sorry about that.” Yuuto really wanted to yell at his neighbor but saw no point in it. If he did he would end up arguing and that wouldn’t help him at all. So instead, Yuuto just searched his room for his school bag. He searched under his bed, in his closet and even by the mirror. But there was nothing.

Maybe it’s in the living room. I don’t remember putting it there though. With that thought in mind he searched his living room and the kitchen, then his bathroom and his bedroom a second time. As he came out of his bedroom Yuuto noticed that he had left the door open. It had occurred to him to close it but he was heading out anyway so he would just close it when he left.

“Well I guess I won’t be needing my school supplies today.” Yuuto headed toward the door grabbed its handle as he left and began closing it. Once it was halfway closed he paused pushed the door in enough so he could enter. But not enough for the door to be set against the wall. Reentering his apartment Yuuto looked behind the door to find his school bag resting against the wall.

“Yes. Total victory.” He said as he grabbed his school bag and slammed the door behind him. He could already hear his neighbor yelling. Yuuto would have to make his way to the stairs then passed the courtyard onto the sidewalk. It would take three minutes max but Yuuto had a faster way in mind.

First, he checked to see if anyone was around before gripping the railing in front of him. He hopped over it while air rushed passed him, landing on the ground a second later. Who needs stairs? Yuuto thought to himself as he headed for the entrance.

Even though it was the second floor, a jump like that was simple for him. It wasn’t that impressive of a feat if he felt like showing off he could get to school in no time. But that would attract the wrong kind of attention so Yuuto was forced to get to school by running. He headed passed the guard station which was a small box like office to the right of the entrance. There in front of him stood a brawny short haired man who was holding a broom.

“Yuuto, your neighbor was complaining about you being noisy.”

“He's sure in high spirits. That’s kinda surprising considering how early it is.”

The street was clear with only a handful of people in sight. As Yuuto ran he noticed three people floating in the sky. Aerial magic. It was a pretty basic ability even so Yuuto had to restrain himself from going Ohhhhs and Ahhhhhs.

Basic or not magic like that was beyond Yuuto’s capabilities. Since he lacked the finer controls of magical energies. Once Yuuto’s train of thought shifted from what type of magic they were using to whether or not they were fellow academy students. He noticed one of the three people was wearing a skirt.

“Wouldn’t wearing a skirt be a bad idea if you’re going to fly in the air like that?”

Yuuto had no time to behave like a regular hot blooded adolescent boy and indulge in such an opportunity.

With that said Yuuto kicked it into high gear with a burst of speed and an accompanying gust of wind. First Yuuto ran 2 kilometers straight before taking a right for another kilometer then a left for half a kilometer. After all that running the massive white and silver bridge was in sight. He hadn’t been on academy grounds aside from his entrance exam so the bridge was a breathtaking sight to behold.

“This thing is HUGE!” Yuuto yelled excitingly as he rushed across the length of the bridge which had to be a least sixty meters or so. Once across he stood in the courtyard to Ichiryu no maho Academy, the academy building stood at four stories. It was as wide as it was tall spanning a little less than half the school grounds. The academy building shaped an odd-looking U which was pointed toward the bridge.

With a beaming smile Yuuto walked across the courtyard taking in everything he saw. A small row of trees to the far left. A couple of students chatting it up. And… a surprising lack of anyone else. Something stood out to Yuuto as he looked around the campus. He was one of the only people there. It was entirely possibly that everyone was in class but if that were true the magical presence that Yuuto would be able to sense would be vastly greater. 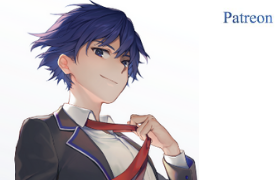 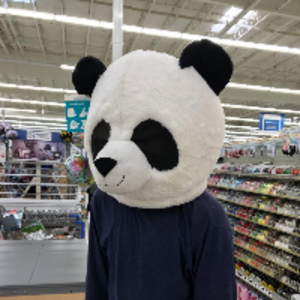 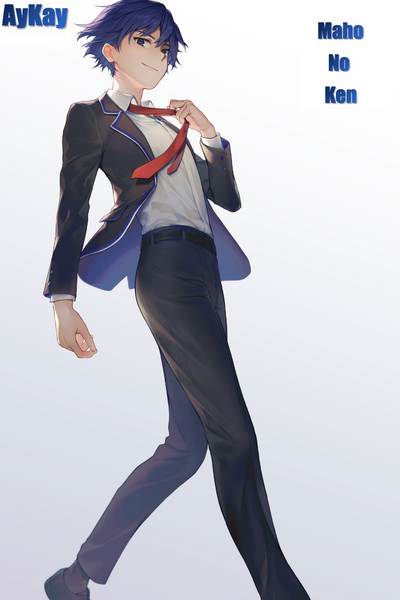 He’s got a goal in mind, one singular goal. To reach it he’ll need strength and a lot of it. What better place to cultivate his abilities than a prestigious magic school?

Yuuto Mamoru will need more than just his power to make it through. If he wants to thrive in this new environment he’ll need to learn from his past and find a way to use it to forge a new path into the future. 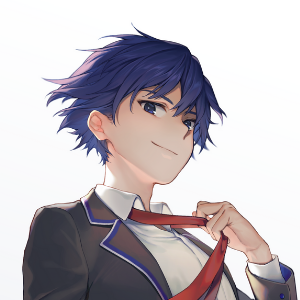