Or maybe ‘they were cold’ was more appropriate. Mikhail didn’t exactly know a lot about this fellow or fellowette or whatever. All he knew was he found them sitting in the alleyway, looking far, far too sad. It was April, and drizzling with rain that was unseasonably cold that’d send even a walking beast of a man like him shivering.

He’d seen plenty of robots just tossed carelessly outside his office, many of them in much worse condition than this one. However, those were often much less...expensive? Poorly built garage kits and shoddy toy bots, crushed and crunched and just plane abused, discarded outside MK’s Robot Repairs. Sure, he considered himself a charitable fellow, and would gladly repair a child’s broken TeddyX or polish a friend’s scuffed DarkBlade Signo, but most fractured hunks of metal just ended up spare parts. Useless without their Medals, and often not even worth holding onto.

This was a model he’d never seen before. It resembled SynchroTech’s Feyble models, designed to be so human they were almost indistinguishable from the real thing. Ideal for combat and companionship, their smooth, mannequin-like bodies would shine with flawless aluminum skin, glassy black eyes, and so many points of articulation to ensure that when activated, and their Illusory Lens was active, they were quite literally unable to be separated from a human.

And boy howdy were they expensive. Their bodies were each custom built to a customer’s order, to their specific specs, combat preferences, and anything else a client desired. Whereas any other bot that came off a store shelf usually came with a mass-produced Medal to breathe life into them, Feyble and lines like it all had medals that were lovingly handcrafted, so much so that they couldn’t even utilize normal Medals if the original was lost.

He heaved the lightweight bot onto the table. It looked like one of those uncomfortable beds in doctors offices, mostly for flavor. He mused to himself as he looked over the hunk of arguable junk. A light, wispy frame, larger than average eye lenses, soft features...and a huge gash right in the center of the chest. He pulled a light over to get a better look.

“Hmm.” He finally said aloud, to an audience of no one. “It looks like it’s just the shell that’s fractured. None of the circuitry is damaged at all.” Mikhail wondered for a moment, pulling over some tools. This one had to have some interesting stories behind them. What could’ve knocked them out cold if it was just cosmetic damage?

Mikhail rolled the robot over, and was met with an empty Medal slot, devoid of the very thing that made these things move and breathe and live and all that. Figures. No Medal, no walky talky robot to explain themselves.

“Don’t worry, little dude.” Mikhail smiled. “I’ll do what I can to get you fixed up.” He set to work closing up the gash. Simple enough, although the material he had on hand was nowhere near as high quality. But it was a patch job, and he doubted a copper sheet to cover a hole was much of a cosmetic deficit. Not that he knew too much about cosmetics after all.

Continuing to murmur to himself, he propped the robot up against the wall and ogled it for a moment, trying to connect A to Z. Something about the Medal slot bothered him, but he couldn’t quite put his finger on it.

Well, it was technically his day off. He shouldn’t be too bothered about this thing anyway. Maybe he could find some more info later, find their original owner, or sell it to the highest bidder? Mikhail snickered a bit, then felt bad. It was funny when it was a tank with a face grafted on, but this bot seemed a little too human for the joke to land.

He pushed his way through the mess of cardboard boxes and stacks of forms that littered the floor of his ‘operating room’ approaching the plywood door that separated the back of his shop from the front. He pushed it open and into the empty storefront, where the coffee maker created a bubbling soundtrack.

The place wasn’t big, but he at least tried to keep the storefront nice. Emphasis on tried, he thought to himself, eyeing the empty paper coffee cups scattered about, coat tossed haphazardly across three of the chairs. Not to even mention the absolute mess of files and forms that littered his desk, the floor behind it, and the copy machine.

Mikhail let out a chuckle and poured himself a fresh cup of coffee. It was still early after all. Aside from the expensive robot he’d found out back, he was struck by how ordinary this day was. He sipped the bitter liquid, and grimaced as he took a seat. He’d have poured enough cream and sugar to kill a man into it, but he absolutely couldn’t be bothered to move the three feet to the decorative bowl of colorful packets that sat on the counter opposite him. He sighed and turned to his work instead, wincing at the next mouthful too.

“Aight, let’s get this bread.” He rasped, twirling a pen in those thick fingers. He gently scribbled away on assorted papers, the only soundtrack the bustle of people on city streets outside, and the coffee maker continuing to mumble away the hours.

He got more than a little work done. A couple invoices, a waiver or two, maybe, just maybe starting on those tax forms he needed to get done in a full two weeks that he had six months to do. Eh, he had time.

He found himself swallowed up in his work; as he usually did. And there was a lot of work- so maybe this was a boon. Hours slipped by, yet he hardly noticed. Plans for designs, making appointments, fixing scheduling snafus, sorting out business expenses. It was all pitifully boring work, and it was a miracle even his attention span held on.

Maybe that was the coffee working its magic. He’d always preferred it to the performance-enhancing drugs that were so ubiquitous, and a robot assistant was expensive. It was odd nowadays he was even using a pen and paper, not some kind of digital whatever. But it always came down to the money. It was cheaper to fill out the forms and get carpal tunnel rather than switch over the entire system.

His rambling thoughts came to a stop, and he set his pen down, sighing with contentment. What time was it? Noon? The rain had leveled off, and a few streams of sunlight danced on the sidewalk outside. A smile spread across his round, fuzzy face. Mikhail leaned back in his chair, back audibly cracking, and stretched. The pleased whine that escaped him was closer to a purr than anything else, and when he opened his eyes, he saw the figure leering over his desk. 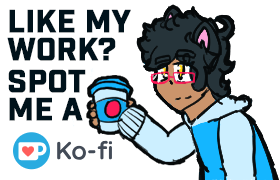 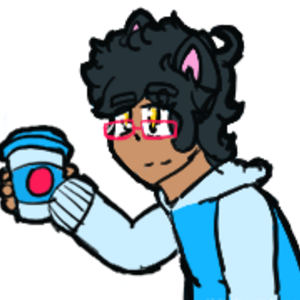 Of all the things he expected to see in his lifetime, a robot so advanced functioning without a visible power supply was not one of them...

Part One of Chapter One! Alternate title is; "why is there a character limit" 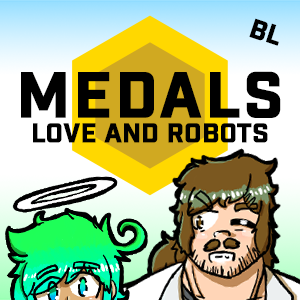 Robot fights are the most popular thing right now, and where there's robot fights, there's robot repairs. Mikhail Silvers is just that, one of many mechanics that fix the busted, bruised, and broken bots that turn up as a result. Some part of him yearns for the starlit stage at the top of the Medalfighting circuit, but no, he knows it's just a pipe dream; especially for someone with his salary.

But when an autonomous, expensive, and battle-ready robot with a habit of power-stealing shows up quite literally on his doorstep, Mikhail finds himself sent down a rabbit hole of intrigue, kickass robot fights, and possibly even love. Will he have the strength to deliver Judgement upon his foes, or will he be played the Fool?
Subscribe 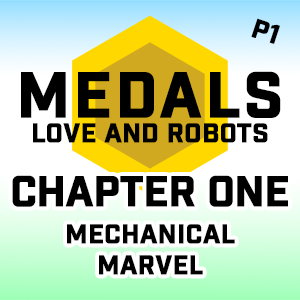