They got involved because they discovered the body- what was left of it, at least. All the authorities could find of Sheila Walkman was a few chunks of brittle blonde hair, a single leather sandal, and a lot of blood. There wasn't enough evidence to conclude with certainty whether or not the teenage girl was dead, though. In fact, it was quite possible she was still alive.

That's what the police officers kept telling Daphne, anyway, and frankly, she was getting sick of it.

"Cut it out," she groused as she shrugged the blanket off her shoulders yet another time. Honestly, when would those buffoons get the hint? "I'm not in shock; I didn't even know her that well! Just let me get another look at the crime scene."

Deputy Carlisle frowned. "I don't know if that's a good idea, Ms. Blake. Things like these aren't meant for little ladies like you." It took all of Daphne's willpower not to roll her eyes. Her mother was a coroner, and her father a mortician. There wasn't anything beyond the yellow police tape that she hadn't heard discussed over the dinner table before. Instead of pointing this out, however, she instead argued,

"I'm a key witness in this investigation, sir. I could have information vital to the case." She could see that the officer was wavering, and so she pressed further. "Besides, all the rest of my friends are still back there."

Carlisle rubbed a hand over his face with a sigh. "Alright, then, but don't touch anything, and stay where I can see you. Understand?" Daphne nodded and followed him back into the diner.

Fred was in the corner, talking on the phone in a hushed tone, presumably with his parents. They weren't going to be happy that he wouldn't be home soon, especially if it cut into his study time. He winced and tapped his toes nervously. "Yes, Amma. I understand. I'm trying my best to wrap this up quickly..." He glanced up and made eye contact with Daphne, offering a strained smile. Just a minute, he mouthed. She flashed him a thumbs up and moved on.

Most of the officers were busy interrogating the person who had called in the emergency: Norville Rogers, more commonly known as Shaggy for a long list of reasons that will not be explored. He looked as relaxed as usual, with his thumbs in his pockets and his scarf dangling loosely from his neck.

"Look, man," he said, "I didn't kill the girl. Like, I was just walking with my friends, and then Scoob here started going nuts, like he smelled something. He's usually so calm and everything, so we decided to, like, investigate." He gestured vaguely at the big Great Dane standing next to him, who didn't seem to be paying any attention whatsoever.

"Shouldn't your dog be on a leash, Mr. Rogers?"

Shaggy snorted. "Nah, he's no problem, officer. Like, he couldn't even hurt a fly. Scared of his own shadow, you know."

The dog in question stretched, scratched an itch behind his ear, wandered over to where Velma was crouched over a pool of blood and started sniffing her hair. She either didn't notice or didn't care; she was too busy thinking. Her brow was furrowed and her nose scrunched up, and she was fiddling with her gold stud earrings the way she did whenever she noticed something important. Daphne decided to start over there. She patted Scooby on the head before bending down next to her friend.

Velma pushed her glasses up her nose and pointed at the ground. "Do you see it?"

"Exactly. Not something usually found in a restaurant, is it?"

"Hmm. You have a point, but couldn't it just be from a rat or something?"

"I would think so, except for two things." She tugged at her sweater sleeve as she explained. "One, look around. It's everywhere, and there's way too much in here to be from a single small rodent. Besides, it's longer than rat hair by a couple centimeters. Two- it's hard to tell, but you can see it if you're careful- some of the fur is soaked in blood, while some of it is just resting on top. You get it?"

"Yeah, I think so. That means some of the fur was there before the attack, and some of it was shed afterwards. Whatever animal it comes from was likely present during the incident."

"Interesting." Fred was apparently done with his phone call. "Could the perp have brought a pet with them?"

Daphne frowned. "I don't know, that would be pretty weird. Why would you bring an animal along when you're trying to kidnap and or kill someone?" He shrugged.

Velma's eyes lit up with what they knew was going to be some outlandish theory. "Or maybe," she said, "the animal is the perp."

"Well, maybe it's stocking up, or it has babies to feed. Or it's clever, and didn't want to get caught."

"There aren't any drag marks, though," Daphne said. "I don't see how any animal could pull that off." With a sly grin, Velma retorted,

"I never said it was a normal animal. Not one that's been discovered, that is."

"Yeah, Dinkley, now is not the time to start going off on one of your wild supernatural 'tange-rants'. Not while we're surrounded by all these adults who could, you know, throw us in a loony bin." Fred cast a worried look at the nearby policemen.

"That won't be a problem for much longer, amigos," interrupted Shaggy. "We're getting kicked out."

"According to Captain Crunch over there-" He jerked a thumb at a tall, burly looking officer. "-forensics will be arriving soon, and they've had enough of us 'contaminating the integrity of the crime scene'."

Daphne was upset, Velma resigned, Fred relieved. "Alright, gang, let's go then. The van is parked just a few blocks away." Everyone made as if to leave, except for Velma, who waited stubbornly.

"Wait! Do you still have Ziploc baggies in the glove box?"

"Perfect." She grabbed a couple pieces of fur that hadn't touched the blood and concealed them in the palm of her hand. Everyone stared at her with disapproving but unsurprised eyes.

"What? It's not like they can't find some of their own. It's all over the place!"

"Right, let's just get out of here before we get in trouble," Fred suggested. Shaggy clapped him on the back.

Ignoring the odd looks they were getting from the members of the police force, the group headed out of the tiny restaurant and began their trek home.

Velma held the plastic bag up and inspected the contents within.

"Fascinating," she muttered. "They're almost maroon in color; I've never seen that before." Shaggy pursed his lips.

"Looks brown to me. You sure they didn't come from Scooby?"

He got a scowl in return. "Tell me, Norville, does your dog shed hairs as long as these?" He held his hands up in surrender.

"Hey, I'm no expert, Velms, I was just putting in my own two cents."

"I don't know what you're even planning on doing with those," commented Fred. "Unless your parents have some sort of Classification Guide for Individual Strands of Fur lying around in that huge library of theirs, it seems like a dead end to me."

"No, but they do have a number of works on the local flora and fauna. That's a good a place as any to start."

"Guys, not to be a Negative Nancy or anything, but couldn't we just leave this one up to the actual authorities for once? I mean, it was fun figuring out who the Clauerfield Cyberbully was, and it was nice to finally see Ms. Raine get fired after we proved she was super racist-"

"Amen to that!" Velma grumbled.

"-but this isn't like that. We're talking about a missing girl, or even a dead one. Besides, first semester finals are coming up, and I really have to keep my grades up."

"Yes, we all know how the world will end if Fred Jones loses his 4.0 GPA," said Daphne sarcastically.

"I don't know, I think this could be cool," Shaggy interjected. "Imagine us kicking down doors and slapping the cuffs on the culprit." Daphne glared at him.

"You've been watching way too much crime TV."

He waved her off. "The point still stands. What harm could come from trying?"

"What harm? What harm? A lot of harm, Rogers! We could screw up the investigation so badly that they never find Sheila, or we could get arrested, or we could even end up getting ourselves taken or murdered by whatever caused all this in the first place! What do you mean, 'what harm'?!"

"Sheesh, Fred, chill out. You're going to break your fingers on that steering wheel. All I want to do is read through a couple books, and maybe ask Daphne to have her folks check out the sample, as well. Maybe they've seen something like this before."

Daphne bit her lip. "I guess you could come over after dinner tonight to talk to them, Velma, but you'll have to think up some reasonable, believable excuse for why, and fill me in before you get there."

"No problem. I'm a master of deception."

Shaggy snickered at that, and received a lighthearted smack on the arm in return. Fred's eyes flicked up to the rear view mirror, worry and hesitance evident in his expression. "I'm not sure about this. At all. But... if that's all, then I guess I won't say anything. Just keep me updated, alright? And don't even think about doing something crazy without making a plan first."

"Yes, mother," Shaggy and Velma chorused dryly. Fred frowned, but said nothing. Instead, he pulled the old Volkswagen van to a slow stop in front of the driveway of a small, modern-style house.

She half-walked, half-jogged to her front porch and slipped inside just as the van began to drive away.

Eating. So violently, so viciously that some flecks of spittle and flesh and blood were inhaled through the nostrils. No utensils, of course- just teeth. The girl was tasty, salty. Her skin was soft and so, so easy to tear. The only sounds that filled the air were those of heavy breathing, grunts of satisfaction, and the wet smack of tongue against lips. Delicious.

After finding such a wonderful meal, it would be too difficult to resist. As soon as this one was done, more. More food would be needed soon. 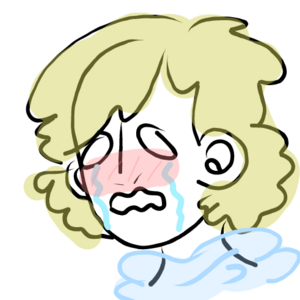 I wasn't sure if the ending was too graphic so I marked it?? Better safe than sorry amirite

FULL DISCLAIMER: In case you didn't read the summary, yes, this is a Scooby-Doo rewrite. I do not own any aspects of the plot or characters that originate with the canon, but my interpretations are my own. ALSO, this is my first time attempting a mystery, so it could be really awful, idk.

Questions are: welcome! Comments are: adored! Constructive criticism is: longed for!

Also, before anyone points it out for me, I know 'tange-rants' isn't a word. I was just having Fred combine 'tangent' with 'rant', and I didn't know how else to write it ;^^ 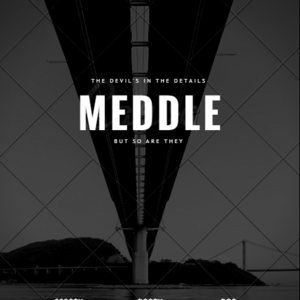 The Devil's in the details... but so are they.
Mysterious disappearances, old wives' tales. The authorities can't go any further- but a gang of high school students may have just enough free time and wild theories to stop the massacre with their own heads intact.
~~~~~~~~~~~~~~~~~~~~
DISCLAIMER: Yes, this is a Scooby Doo rewrite. No, I do not own Scooby Doo. Scooby Doo and all related franchises belong to Warner Brothers Animation. Please don't yell at me (dl;dr)
~~~~~~~~~~~~~~~~~~~~
UPDATES SPORADICALLY
Subscribe 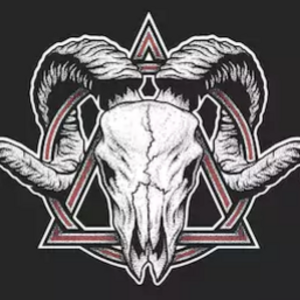