Medley of Fates Worse than Death

There was a huge field in the middle of nowhere, and a small critter, a Pochi named Benttotopotzki, was looking for something to eat.

Pochies are creatures that usually live in uninhabited places, mostly because they, being some of the weakest creatures there are, loathe fighting, be it with humans, animals, or any other kind of creature because they would just lose.

Simply put Pochies are the food chain's weakest link, they know it, and that’s why they keep to their pacifist ways, it is their survivor strategy.

Their method of obtaining food is also simple, they eat whatever remains of anything already dead they may find. This way they avoid fighting, don’t die competing for prey, or being preyed upon, as they are very good at hiding, and get some food, and thus avoid dying of starvation.

Pochies also have an excellent sense of smell, they use it to track smells of potential threats or corpses or any kind, their main source of food.

Something had picked Benttotopotzki’s interest, it was a particular smell, whatever was producing that smell hadn’t moved in hours, and was close.

[I wanna eat!!] The prospect of eating after a week of famishing had improved the starving creature’s mood. [Well, let’s see what I’m gonna eat!]

The Pochi carefully approached its unknown prey at a slow and steady pace. It didn’t want to be killed if this wasn’t a corpse and was just someone sleeping, though unlikely it could be the case.

And then it saw what had been causing that smell, it was a boy laying on the field. [A human? Is it sleeping??], Benttotopotzki thought to itself, in typical Pochie manner, as they avoid talking, or any other action that would endanger them, instead opting for inner monologue.

It backed a bit, [It’s not possible for it to be sleeping, it’s already been two moons! Humans only sleep a moon, even less…], he approached again, slowly and quietly, [Who cares, if I don’t eat I’m gonna die of starvation anyway!]

Benttotopotzki was looking at the human that was laying on the field, [So it’s a boy, and kind of short, too… Good, it’s not like I can eat a whole human anyway], it said as it examined from a safe distance.

The boy’s clothes picked the Pochi’s interest as he was wearing strange clothing like that Pochi had never seen before, it was a truly inexplicable fashion for the small, yellow creature. [Where is this boy from? Those don’t look like the garments of any land near here…], the boy was breathing, which was weird, [So it’s alive, but it has been sleeping for two whole moons?]

An extra hour had passed, the Pochi just wanted some assurance that the boy wouldn’t wake up while he was being eaten, and with that in mind the Pochi had wrapped the boy in some vines he had found laying near there, everything was set for the banquet.

The Pochi didn’t have the strength or courage to actually kill its prey, the boy was no exception, [In a sense, you are lucky it was me who found you, boy…], the critter said as he was adjusting the vines, tighter and tighter, so as to limit the boy’s movements in case he woke up while being eaten, [I will eat only eat part of your stomach, that won’t kill you… Had it been any other creature you’d be dead now!]

Before proceeding to eat, it did cross its mind to try to wake the boy, [He’s so young… Maybe I…], but then Pochi remembered how his family had been slain by humans, it was the cycle of life, [Sorry, boy… But it’s you or me, I haven’t eaten anything in a week, and there’s just so much I can go by without eating…]

Luckily for the boy, Pochies’ teeth are often underdeveloped, even in the rare case a Pochi manages to somehow survive to become a fully developed adult, their teeth are only barely strong to eat solid fruits with a bite. This makes it virtually impossible for this week creatures to just eat solids like most creatures would, instead they first have to lick whatever solid food they try to eat, this is done to soften the solid with a liquid-esque substance produced by their tongue, and as anything associated with them, it’s such a weak substance that it takes ten minutes just to soften solids like fruits, so for a human being the process could take hours just to soften one part of their body.

Needless to say, eating the whole boy would be an impossible task for this Pochi, the boy would probably last him a whole year worth of food, if not more, but the problem was that either the boy’s body would decompose, or a stronger predator would pass by in the meantime, or the boy would just wake up and either kill his former predator or just run away. None of the options looked good for Benttotopotzki, so he started the licking process.

Or at least it tried, it had never seen clothes of this type, it was difficult to lift the boy’s shirt as if it was stuck to his pants. Its shirt had buttons, a weird design, so weird in fact, Pochie had no idea how to unbotton it, even if he knew Pochie’s hands, an anatomical abomination, were completely round, as in it had no fingers or extremities of any kind, as previously said, Pochies are not high in the food chain, it’s a mystery why they existed, and anatomically speaking they are pretty much the worst mistake nature had ever made.

While being licked the human felt nothing, even the method of licking was subtle, perhaps another precautionary measure, an instinct of Pochies. One hour passed, two hours, and the licking continued.

“Where… Am I?” Said the boy that had been laying on the field for almost two days. He was still sleepy, he didn’t understand what was going on.

“You are finally awake! I have been trying to wake you up for hours!” Said the voice yet again, by the tone of the voice you’d think it belonged to a little kid, but he was nowhere to be seen.

“Where are you? Who is talking to me!?” The boy asked for the owner of the voice to appear, but nothing happened.

The Pochi who was licking the boy was so surprised that, uncharacteristically of its species, yelled out loud, “Whaaat!? H-He woke up! P-Please don’t kill me!”

“Kill you!? Why would I kill you!?” Replied the boy who hadn’t even noticed he had been licked by Benttotopotzki, he had just woken up from a deep, deep dream.

“D-Did you just reply to me?” the Pochi was speechless, “C-Can you understand what I’m saying?” Benttotopotzki said, as he slowly took a few steps back, it was preparing to make an strategic withdrawal to the woods just behind it.

“Of course I can!” The boy didn’t understand much of what was happening, “This must be a dream, and a weird one at that! What’s up with the numbers above you!?”

“Pochi? Is that your name? Are you a character in an RPG or something!?” The boy said as he chuckled, ignorant of just how precarious a situation he was in. 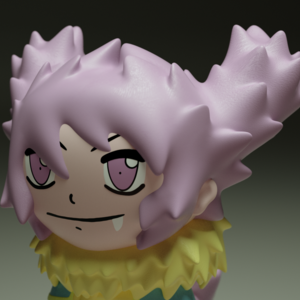 https://i.imgur.com/uPu09eX.jpg
This is an image of Pochi (I tried to add it to the story but couldn't in tapas :/ because it doesn't allow to add images to novels) 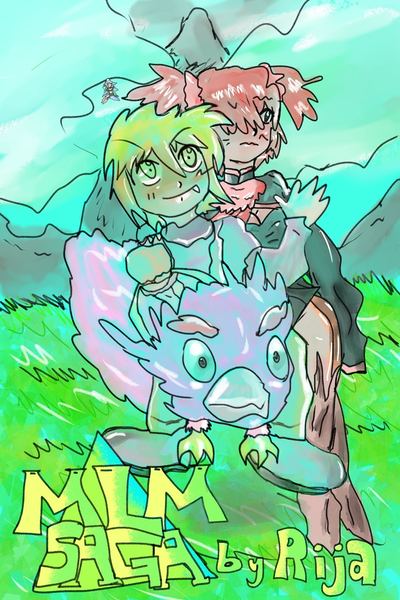 Medley of Fates Worse than Death

Rick wakes up in a world unknown to him. He doesn't know what exactly happened or why he is there, he just feels he's not from that world as if he had Dissociative amnesia.

Soon after waking up, he gets attacked not once, not twice but three times in a single day. Our hero can know how strong enemies are thanks to a special ability of his, but the thing is... What good does it do to know just how weak you are compared to a deadly creature chasing you?

This is a LitRPG Fantasy Adventure where battles are won (or lost) with strategy and wits as our protagonists aren't necessarily the strongest... So if you enjoy more strategic battles I think you will love this story!

I will post mostly 1,300 or so word chapters, I love weekly manga and feel like that pacing is similar to the one in a weekly serial chapter, hopefully, you enjoy these chunk-sized chapters :)

If you feel like checking out some of the newest chapters, I have them over on my Patreon (Currently 5 chapters in advance):

As the story progresses I intend to add more strategy, politics and economics into the story, but it will still be mostly a LitRpg action-adventure.

(Also if you had read my synopsis previously I changed it a bit because the elements I mentioned before in the synopsis won't come into play until much later into the story, and that's why I changed it.)
Subscribe 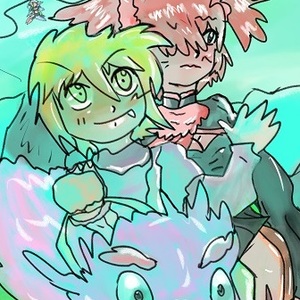