Memories of the Sky

I remember a deep pool of grief digging ferociously into my stomach. With each harsh word, it seemed to dig deeper and deeper to the point of breaching to the other side of me. I can’t remember the exact words, but the feelings behind them pushed me to the brink of wanting to jump out of my own skin, just to get away. I don’t understand. Why were those words pointed toward me? Why did they hate me so much?

I don’t know… I can’t remember…

A thundering sound shook the ground around me. It repeated, continuously in a consistent tempo. It rocked the ground back and forth, but it wasn’t violent. Actually, it was quite soothing really. It made it easy to sleep. Wait, when did I fall asleep?

With the last rumble of the ground, a splash of water hit my cheek. I opened my eyes. Dazed, looking only at the sky above, I reached to touch where the drop had landed. Strange, where would the water be coming from? Aren’t I on land?

I sat up and looked at my surroundings. To my right, I saw sand that seemed to go on for miles. As I turned my head to look to my left, there it was. Endless water. It stretched from the end of the land below my feet out into the horizon. Magnificent. I’ve never seen so much water before in my life! Or have I?

Before I could analyze any more, a giant metal egg descended from the clouds. I watched as the wings around the center of the egg shifted in a clockwise motion. It seemed to slow down more and more as little legs that looked like radio antennas grew from the bottom of the egg-like thing. The wings stopped circling when the antenna legs hit the water, anchoring it to the soft sand below. For a moment, it only stood there letting the water smack against it. Then a door from the center just below the wings opened and a ramp fell into the surf.

A young man in about his early twenties emerged from the doorway. He was clean shaven with short brown hair that was parted from his right. His smile sparkled like the sun above as he descended the ramp, leading with his broad chest and his head held high.

When his boots hit the surf, his charming smile turned to disgust. “Damn it!” he yelled lifting up his foot, “I need to judge my landing better.”

Then he looked up to the sky, covering his eyes with his hand and said in a lighthearted tone, “Ah, well. Guess I needed to take a dip.”

Slowly, he unbuttoned his dress shirt and revealed the chiseled chest beneath it. He turned his back to me, unaware that anyone was watching as his tone, lightly tanned arms released from his sleeves. With the shirt now in his hands, he passively threw it over his shoulder. I watched as it soared overhead and then...

“Eh,” I whimpered as the shirt melded to my shape.

Just as I was to whip it off, a large hand came down and grabbed it in a bunch. “Oh! I’m so sorry,” I heard the man say as he pulled on it.

When the shirt slinked off my face, my eyes immediately met the young man’s gaze. It was a connection that I’ll never forget for it hovered around us like a white haze and made my heart flutter. It almost had a smell to it, a sweet smell. What was this feeling? I don’t think I’ve ever felt this way before.

I watched as his sapphire eyes widened and sparkled. His jaw dropped slowly and his cheeks turned slightly red. I couldn’t tell exactly how he was feeling, but he seemed to be just as confused by his emotions as I was with mine.

Suddenly my whole body tensed and the white haze I was imagining disappeared. “My name?” I asked blinking frantically.

“Huh?” he asked, straightening up, “How do you not know?”

“So you lost your memory?” he asked.

“No,” I said then thought for a moment, “Well, maybe… I came from a city in the sky,” I said somewhat unconvinced by my answer. I mean, a sky city? How does a city get into the sky?

“A sky city?” he asked in a confused tone.

I sighed, Yup, he must think I’m crazy now… If only the sky city wasn’t the only idea in my head. Maybe then he could actually help me piece some of my memories back together.

Suddenly the young man chuckled, “You must be lost. There isn’t a sky city anywhere close to here for miles. They’re all out west.”

“You just got amnesia,” he said, “But are you sure you came from a sky city?”

“Well at any rate, I can’t just leave a helpless girl by herself. Want to tag along with me until you find your way home? I’m sure your family’s worried about you.”

“Sure, I could always use a girl’s company,” he said with a wink.

I bowed my head and said, “Thank you so much.”

“No problem,” he said, “Now since you can’t remember your name, how about I give you a temporary one? Maybe…Kairi?”

Before I could answer, he answered for me, “No. You don’t look like a Kairi. How about…Mizuko?”

“--Like a boy’s name. Yeah, I’ve always thought that too. Sorry, I just never named anyone before,” he said as he put his shirt back on. When both of his arms slipped through his sleeves, his face zoomed in closer to mine. I watched as his dazzling blue eyes moved from side to side. Then he stood up and said, “You look foreign, so I should give you a foreign name. I heard of this one name. It’s Amalia.”

“I like that name!” I exclaimed, “It sounds kind of familiar.”

“Perfect, I’ll call you Amalia from now on.”

Tadahiro’s jaw dropped as he put his hand to his forehead, “Wow, you really have no memory at all, do you?”

I shook my head and he explained, “A Sky Pirate is but a man or woman with an airship like you see behind me and a motive. Some search for truth, for glory, for adventure, freedom, or treasure. Some get lucky and get all five.”

“Airship? You mean that egg thing?” I asked.

Tadahiro’s chin rose up as he laughed aloud. Then he stroked his chin and said, “Yeah…I kind of always thought it looked like an egg too.”

“So how do you get all that truth, glory and stuff with that airship?” I asked.

“Not too hard. Just got to go on some missions, get your name out there; maybe fight some other pirates.”

“Maybe I’ll show you some time,” he said.

“So do you have anything?” I asked, “Like treasure?”

“Can I see some of your treasure?”

We looked up and saw his airship hovering overhead. As its wings circled faster around it, it slowly hovered to the left. Without a word, Tadahiro chased after it. I followed because I didn’t know what else to do. After all, Tadahiro was the only one I knew at this point.

The sand turned into a rocky path, which Tadahiro scaled upward like a cat. I, on the other hand, struggled to keep up. Tadahiro kept pace with the airship until the rock path peaked to a cliff that halted his pursuit.

The cliff’s edge was just high enough for Tadahiro to see the pilot of his ship.

I just managed to see a man with long, wavy blond hair and an unkempt goatee through the window of the ship before it jetted upward.

In a last stitch effort, Tadahiro lunged at the airship. His fingers grazed the ship’s walls, just barely missing the emergency handle before he plummeted behind the cliff.

I stopped climbing, not knowing what to do. The only person I knew had just fallen to his death. Was I supposed to grieve? I barely knew him. At the same time, I thought of being in that sky city. Did I fall too? I’m not dead--I’m so confused.

I sat down rubbing my temples when a charming voice called out from behind me, “Are you just going to stay there all day?”

I turned around. “Tadahiro!” I exclaimed.

Tadahiro stood there unscathed after falling at least two stories.

“Well, my hoverboard broke my fall, of course. No Sky Pirate ever travels without one. They are installed into our boots. They are worth thousands, but I was lucky to get mine for free,” he said as he put his feet together. With a clicking sound, a sleek oval grew from underneath Tadahiro’s right shoe until there were three inches of metal surrounding him from all sides. With a slight hum, blue lights appeared all over the oval disk and Tadahiro slowly levitated off the ground.

“Is that your hoverboard?” I asked.

“Yup. Hop on,” he said and held out his hand. As I stepped onto the board, it grew longer so that both of us could stand comfortably. Then I wrapped my arms around his waist and we launched into the air and over the water. 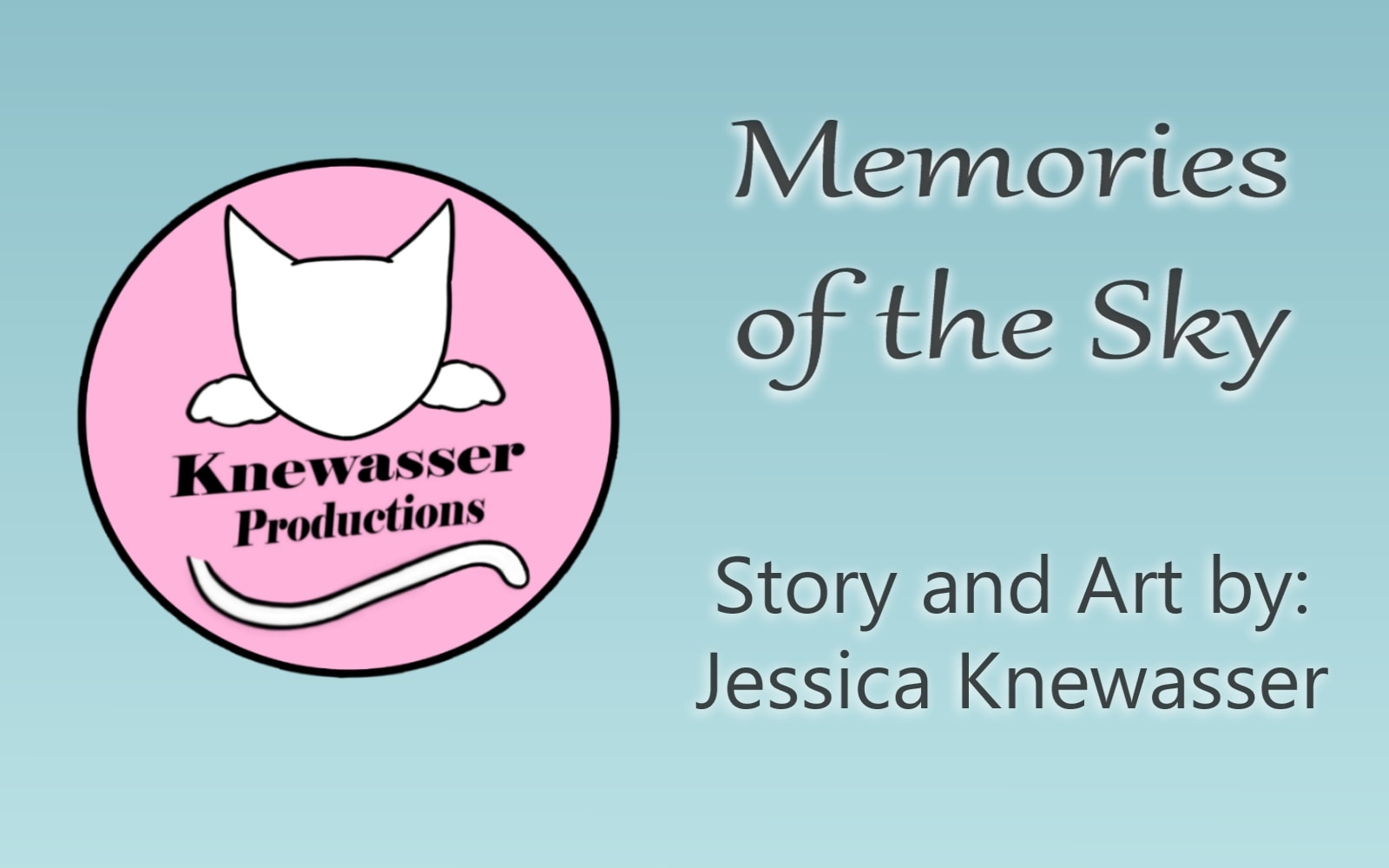 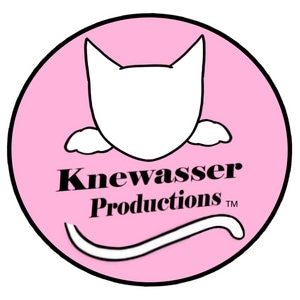 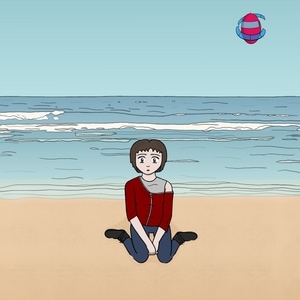 Memories of the Sky

A young girl wakes up on a beach with no memories. It is not long until she meets a handsome Sky Pirate and together they go on a quest to recover his stolen airship. With a new name, will Amalia find out where she came from? And if she does, would she ever want to go back to her old life?
Subscribe 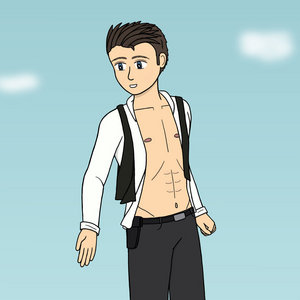