I am really, really tired.

Right now, I am sitting on the floor of some secluded alleyway, don’t know where I am, nor do I care.

I just want to stay away from society, I don’t wanna see another human trash.

You guys wanna socialize make friends, good for you. Just leave me alone.

I just realized that the floor was damped and now my pants are almost wet. Ah my dumb luck, but I don’t even care.

There’s no one around here and getting my ass wet is a small sacrifice.

My clothes are pretty worn out and my hair hasn’t gotten any haircut for the last six months. I don’t have any footwear either, been traveling barefoot for the last two months now.

Hasn’t gotten any decent food for months now. Living my life off while feeding on leftovers from restaurant dumpsters. At first, it tasted gross but now I am already used to it.

Sleep, I think I haven’t had a nice long sleep like forever.

Even before becoming a homeless hobo, but now it was even harder to fall asleep.

I need to be on guard from other hobo’s as well as abductors. I heard there was some certain organization kidnapping hobo’s and selling their organs for cash. Of course, that hobo donor doesn’t get shit. He just disappears.

My life turned upside down because of this mother fucking curse!

Suddenly I heard a creaking noise.

I started looking around to make sure if anyone was around me.

Currently, I am in some metropolitan city. I don’t have a clue what city, I was just wandering around for the past 6 months now helping out any human being that needed assistance.

And each time end up in other places because of some damn helpless motherfucking human required my assistance. I did odd jobs like mowing the lawn, digging up plotholes, and even looting a BANK!

Yeah, I fucking helped out some robbers in looting a mother fucking BANK!

That’s crazy, right! I even had no choice but to help them. It’s not like they asked me for help on a gunpoint. No, I helped because I was asked to. Yeah, just coz they asked for ‘help’.

And now I am a criminal too.

You could ask like, why didn’t you refuse the robbers.

But I can’t do that, It’s because of this curse-

I raised my guard.

Is it some stray dog?

Who could come to this secluded alleyway in the middle of the day?

I heard a loud panting noise.

As the footsteps came closer and closer.

Then suddenly an exhausted man wearing formal office clothes appeared in front of me.

He was bleeding from his right arm. Looks pretty bad. He seems terrified and stared at the wall with his jaw wide open as if he saw some kinda ghost or something.

The man seemed to be running away from something and sadly this alleyway had a dead end.

I lowered my head and pretended I had fallen asleep while sitting.

I started hearing more footsteps coming from that same way that this strange office man came from.

At last, the injured man fell on his knees,

I just glanced at the pitiful man, and somehow our eyes met.

Then all of a sudden, that man came to me and held my hand,

“Please save me.” he pleaded as he cried balling his eye out.

I shrugged off his hand,

“Hey, pal! Are you blind or something? Do I look like a doctor? I am Hobo, why the hell are you asking me to save you. Go to some hospital.” I got up on my feet, “You just ruined my only pair of clothes with your blood.”

The injured guy fell on his knees as he cried hopelessly.

I know this dude is in some deep shit. I can hear some people looking for him.

The wound in his arm is from a gunshot. The other people must be searching for him and this guy trying to escape ended here.

I just slowly tiptoed my way out, this isn’t something I don’t wanna get involved.

I am just a Hobo.

But just when I was trying to make my escape, the injured man grabbed my arm.

“Please don’t leave me alone here. They are gonna kill me,” he shouted.

I tried to free my arm,

“Hey what the hell are you doing? I told you it’s not my problem. You are ruing my clothes from your blood. I don’t have any money for the laundry either, so just let me go.”

But the injured man was reluctant about not leaving my hand.

The injured man grabbed my legs,

Just soon as he said those words, my nerves on the back of the head started tingling.

Suddenly my expression changed with a friendly fucking smile (not a genuine smile, a forced smile).

I placed my hands on the injured man’s shoulder,

“I will be glad to lend my assistance.”

When he said ‘Help’ I had no choice but to help him. That’s the curse I have.

I have to assist anyone that asks for help. It could be mowing the lawn, doing laundry, or helping out on looting a bank. If I refuse to help them, a sting of pain in my head starts punishing me. I have to complete my task, even though it’s good or evil, I should complete it or die a painful death.

Seems kinda some game quest or something right?

But guess what, I don’t get a jack in return.

If my client decides to give something, that’s another matter. But all the human beings I helped out were greedy heartless bastards. Even the robbers that I helped rat me out to save their own skin from the police.

Hope they all rot in hell.

But now I ran avoiding people and thought no one would run into a secluded alley.

But I was wrong.

There I saw a wooden plank half-rotten laying on the ground.

I picked it up, might come handy for protecting him.

“I will protect you, you little shit!” I replied with a pleasant smile that I don’t wanna do.

I don’t have control over my body.

The footsteps started closing in.

That injured asshole hid behind my ass. I guess desperate times humans depend on anything if their lives on the line.

Me armed with plank stood like some adventurer armed with a sword on a quest to protect some princess. This is like an RPG game but I get no respawn chance.

Just when almost 10 to 20 men wearing full black suits and shades, all armed with handguns. Some of the men were giants as tall as 3 meters. Some of their muscles were bulging through their suits.

They surrounded us and blocked our entryway.

“What are you doing?” asked one of the guys.

These guys are the fucking Yakuza! What the hell did this guy do to piss them off?!

“I am doing nothing. Do whatever you want, please don’t mind me.” I replied.

“So lower that plank and move out of our of way.”

Fuck this is really bad!

The guy removed his shades and angrily glared at me.

“Stop wasting our time and hand over that man to us.”

“Please take him away….” suddenly I lost control of my voice, “OVER MY DEAD BODY!” I blurted out.

I should have written down my will or something.

Fuck I can’t even afford a paper and a pen, I am hobo after all.

Also, it’s not like there’s anyone who gonna read it anyway.

“This is your last warning. Move out of our way.” warned the big giant man as he intimidating glared at me.

This guy can easily chew me and spit out like some chewing gum.

On the other hand, I have become quite skinny.

I started charging at that man with a wooden plank as tears flowed through my eyes,

“I will not let you harm that little piece of shit. I don’t even know that man, but I will protect him.” the words I blurted out had no control over it.

Meanwhile, that piece of shit hiding behind my ass just stayed on his knees doing nothing.

I rushed towards the big giant with a puny plank in my hand. He just stood there staring at with a weird look.

The next thing I remember was blacking out.

I guess I died.

At least now I could get rid of that curse. (?) 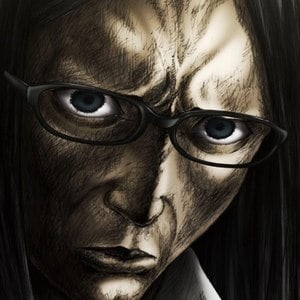 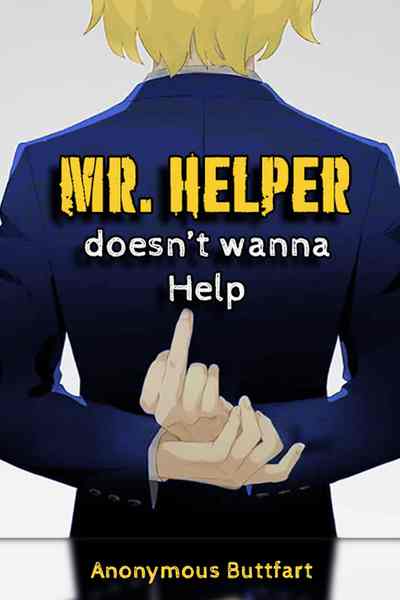 Renji returning home from high school was in a hurry to watch his favorite TV show. But while on his way home, he met a strangely dressed girl in the street who asked for his help to show the way to the Tenkuji shrine. Being in a hurry, he instead ignored her thinking someone else might help her out.

Sadly, the girl happened to be diety, and Renji's behavior didn't sit well with her. She placed a curse on Renji which turned his life upside down.

Now Renji seeks to find that same girl and uplift the curse.
Subscribe 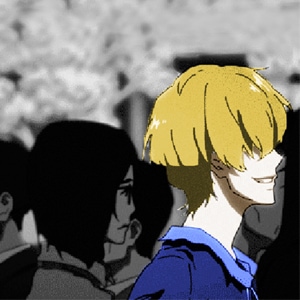