My Angels Love Knows No Bounds

“M-mama, wake up! Dada is back!” a young Thomas trembled out crying and shaking his mom. “ y-you know what da will do if he finds you asleep.” he started to sob and shook her even more. “Mama!”

He gave up and started shaking uncontrollably and trying to hide under the bed.

“ WHERE ARE YOU MIA!” his dad exclaimed while turning the corner into the room. “ wait… normally she would have immediately woken up to that. … Mia… wake up.” his dad ran over to where his wife Thomas’s mother was and went and grabbed her arm. “MIA!” his dad yelled. His dad started trembling as he slumped down to the floor and started crying.

Thomas started to crawl out from under the bed and hug his dad. His dad hugged back but after a few hours told him to go pack. And without a word Thomas was packed and walking with his dad to a strange building.

“ Dad, I'm a 16-year-old wizard! I don’t need some dumb butler to take care of me!” Andrew yelled as he stood up from the nice white couch. “ don’t knock it till you try it.” his father said, also standing up and scowling at him. All of a sudden there was a knock on the door. “ Come in!” Andrew’s father said turning was still irritating. A tall yet timid boy poked his head from around the corner.

“I’m sorry master, did I come in too early?” the boy said half hiding behind the door. “ not just on time! Andrew this is Thomas White he is your bodyguard as well as your butler since he is an angel. Thomas, this is my son Andrew.” Andrew’s father exclaimed joyfully.

“Oh well, then you can call me Tom or Tommy if you want master Andrew,” Tommy said, coming and standing in the room fully. Andrew just stood there flustered and shocked. “ y-you can call me dru if you want.” he said, hiding his face in his arms. “ ok master dru!”

They went to drus new property and they moved in along with the rest of the staff. In total there were 29 rooms, 10 maids, tom and dru. Tom often helped the maids with their work if he had spare time.

“ Tommy,” Andrew asked late one night while Thomas was giving him his dinner while sitting on his large bed. “ yes master Dru?” Tommy asked, turning to dry and tilting his head. “ why do you help the maids clean? It’s their job and you’re supposed to be with me.” Tommy’s face scrunched as his wings dropped. “ if you didn't notice we have 12 maids and at least 25 rooms not including yours. If you also didn't notice most of them are young kids and older people most can’t reach very high so I help.”

Dru looked baffled at the words Tommy was saying. “you’re right and I want your help to fix it. Thanks, Snowy.” Dru said looking over to Tommy whose wings were puffed from Dru calling him snowy.

“ master dru do you want to town to shop with me?” Tommy asked dru who was reading a book on the couch. “ If you want to listen to me tell you about this book Snowy.” Dru chuckled. It had been 30 days since dru had first called him snowy. “I would love to hear about your book moon!” Tommy said not realizing what he said until moments later. Dru just sat there frozen in pure shock and hid his face in his hands. “ im sorry master dru! I didn’t mean to I just was trying to reply but moon came out!” all of a sudden a flash of light made dru teleport to in front of Tommy. He slid his hands onto his butler’s face and pulled him in almost kissing him. 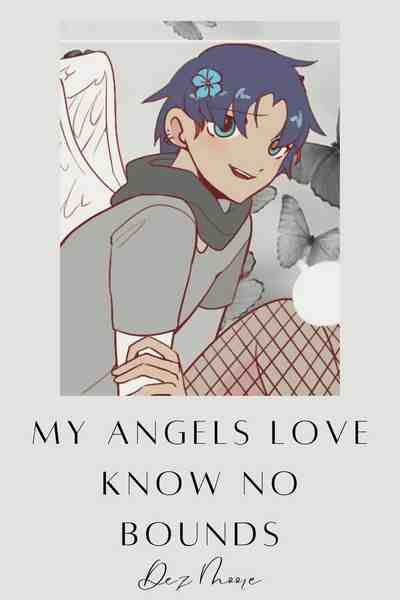 My Angels Love Knows No Bounds

what would you do if your dad introduced you to a hot guy? but he was going to be your butler and kept calling master? well, dru was put in that same problem with Tommy. an actual angel. ( he has wings and everything.)
Subscribe 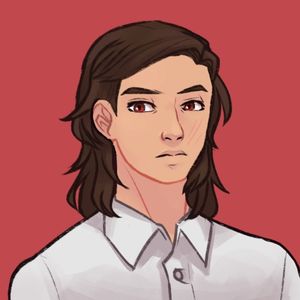