"Yaya you bitch!!! Untie me I'm not your damn guinea pig," Little Bunny complains while struggling to get free from the silk bands tying his hands together.

"Oh hush! No-one told you to be gay and become my friend... No, wait, how about I make you my bitch, eh?" she asks while cocking her head and grinning at him.

Yaya smiled, she places her carrot pen down on the grass beside her and closed the book she was writing in, she turned to look at Little Bunny who was laying on the bed of grass tied up, blindfolded with his legs spread open and knees in the air leaving his furry body and his puckered hole exposed.

She picked up the bamboo tree whip beside her and licked it while looking at Little Bunny's exposed body.

"You know Little Bunny, if you want to learn how to please Big Bunny, you have to help me with my research, I'm already done with the parts on how to please a female, a male and of cause a lesbian, all that's left is how to please a little bunny such as yourself."

"I'm actually quite surprised that you've had sex with both male and female at such a young age but who am I to judge?" she says but expecting an answer.

"Before I set you free answer one last question for me please," she asks while raising a brow at him.

"What is it?" He asks looking at her frustrated.

Little Bunny is taken aback, "Eh? Is that your question?"

Her face twitches and she hits Little Bunny on the inside of his left thigh.

"Ai yay ja yai... Alright, alright, I'll tell you," he says after rubbing the spot where she hit him.

A smile appears on her face, Yaya jumped on the bed of grass and sat on top of Little Bunny with her legs on each side of him, straddling him.

"Don't you know you're heavy?" he asks with a huff.

"Speak!!!!" she demands while moving her hips grinding on his stomach.

She looked eagerly at him and said, "Yessss?"

"Ahhhhhh!!" Yaya screamed, she throws the whip to one side, smacked Little Bunny across the face and bit down onto his chest.

"MNNNNN!!" Little Bunny screamed while biting down on his bottom lip.

Yaya stood up on the bed of grass after biting him and threw her whip to the side. She grabbed a more grass and placed it under Little Bunny's butt as support to lift his hips up.

She put her mouth on Little Bunny's peen and started sucking him off violently while playing with her noonie, when he was hard enough she got up and placed herself on him and started moving her hips in circles.

The two of them started moaning together creating a lovely duet.

The louder the other moaned the turned on, the other became. Little Bunny's hips started moving too and their breathing got heavier, a little more and the two of them came.

Round three and round four after that.

Yaya untied Little Bunny and plopped down beside him, the two of them were out of breath and exhausted from the thrill of pleasure.

After an hour of resting, Little Bunny was the first to get up and take a bath inside the river near Yaya's home and soon Yaya got into the river with him.

Later that day, they met up with Big Bunny in his hole.

"Sooo~ did you get any information from your brother?" asked Yaya who laid down on the bed of grass next to a half-sleeping Big Bunny.

Ina, Yaya and Little Bunny knew where he lived and would randomly drop by whenever they wanted. Big Bunny didn't ask them to visit, the two of them just dropped by and invaded his space.

Yaya was on the bed of grass next to him who was laying on his stomach and Little Bunny made himself comfortable on top of Big Bunny's back, sniffing Big Bunny's sweat and smelling the leftover carrot juice in his head.

Now you may be wondering why Big Bunny hasn't pushed Little Bunny away and lets him do as he pleases, well that is because Big Bunny knew that Little Bunny had feelings for him since the first day they met.

Originally he was going to keep his distance but during his sex lessons with, his third brother, well... his third brother kind of fucked his senses up by whispering in his ear whenever he was turned on and also the black and white spotted bunny that sexually harassed him previously.

To top it all off, Big Bunny knew how to sleep with the same sex and he was curious about it and Little Bunny was the lucky candidate but because of his younger age, well Big Bunny has his morals and is still on the fence about having gay bunny relations with another.

Nevermind all that bullshit but Little Bunny is the cutest thing he laid his eyes on, with chubby cheeks, soft lips, big brown eyes and the way he pretended not to like Big Bunny was cute too, so hurting Little Bunny was out of the question – currently.

"Mn, why must the two of you interrupt my sleep?" he asks while feeling the light weight of Little Bunny on his back.

"We came to find out what your brother said," said Yaya.

"After I told him about it he said we should wait and see if she goes to the field on Monday and if she does we should pretend as nothing happened."

"I know but he also said that he'll get someone to check their background and let me know what he finds, if what we suspect is true then they'll take it from there," Big Bunny added.

"Isn't it strange that she hasn't spoken about it and the three of you are pretty close so she should have at least said something unless he threatened her or maybe she doesn't care about herself," he trailed thinking to himself while he spoke.

"That's true but then if she doesn't care about herself why did she break down in front of Big Bunny?" Yaya chipped in.

Big Bunny sighed and turned his body around while holding onto Little Bunny's arm in case he fell off the bed of grass, making Little Bunny lay on his abs.

Yaya looked at the two and suddenly remembered saying, "Big Bunny guess what I discovered today."

He looked over at her with a questioning gaze.

Immediately Little Bunny who was hiding his embarrassed face started trembling, Big Bunny's gaze moved away from Yaya onto the little bunny laying between his legs and slightly on his stomach.

Big Bunny put his paws on each side of Little Bunny's face and forced him to look at him when their eyes met, Little Bunny wanted to object and say she was lying but when he met with Big Bunny's killer gaze he blanked out.

"Little Bunny, how many times must I tell you before you listen, you're my slave and I don't want Yaya and Ina's bad influence rubbing off on you. From now on, you are not allowed to hang out with them unless I permit you, do you understand?"

Little Bunny nodded a few times and tears started falling from his eyes. Big Bunny let go of his face and Little Bunny got up and went outside, sitting beside the hole with his head buried between his knees.

Big Bunny looked at Yaya whose smile became awkward, he looked at her for a minute then quickly moved over to block her from escaping and held her down on the bed by her neck and squeezed.

Big Bunny who was on top of her, gaze shifted slightly to a crazed and dark look – he looked like a psycho, he bit down on his molars trying to calm down and took a deep breath in and said, "You better stop fuckin around with what's mine before I kill you, do you hear me?"

"Yes yes yes, I hear you!!!" She tried to loosen his grip but it tightened and Big Bunny pushed down harder then only did he let go.

He got up off the bed of grass and went to his little pond to take a bath.

Yaya who was left on the bed gasping for air looked at Big Bunny's departing back and sat up, she opened her legs and looked down to see that she was already wet.

She cursed in her heart, "Fuck! His crazy ass turns me on."

Little Bunny who was sitting outside with his head between his knees was cursing too, the moment he left the room his peen stood right up, he made it just in time out of the bunny hole so he wouldn't get caught with a boner.

In his heart, he said, “Big Bunny! I'll make you mine soon~"

Big Bunny on the other hand who was in the pond naked punched the stone wall and his hand was bleeding, at this moment he was furious, being overprotective of Little Bunny and getting jealous for such a small thing really pissed him off. 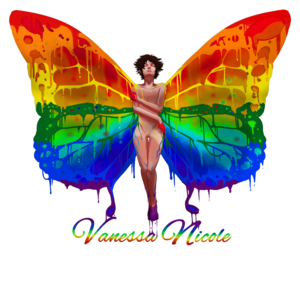 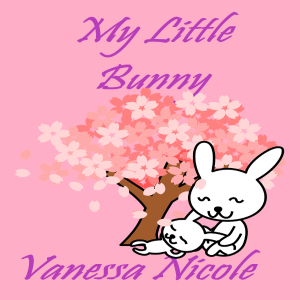 Little Bunny must be savoured slowly with a big carrot on a bed of grass. 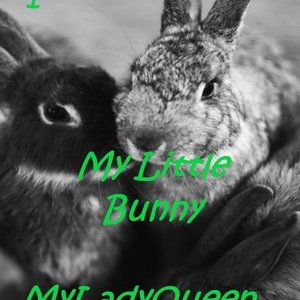