It took one unfortunate random circumstance, led to another, and another, that made our two separate paths intertwined into one.

We were both very different, me being on the top of the pyramid, while he... He was never in one. He was a social outcast. Then, there was me, the center of the social circle. Being amongst the most capable alpha, I would never have my eyes on him, the 'ghost' amongst the beta.

At least, I thought he was, not until he suddenly triggered his estrus while we were both the only people inside the old bathroom after school hours. One unfortunate circumstance led to another, we've done the deed, I marked him, and... I ran away. I never looked back. Never once I would consider stopping and look at him, to make sure if he was okay or if he was even conscious.

I was young (not that should justify my actions. Heck, it should never be the excuse) and I held my pride high up on the pedestal. He was poor, ordinary, inconspicuous MALE. I was so sure that I was straight. And he wasn't even my taste. There was no way I could accept him as my omega.

Not until I had my eyes on this cute, angelic little child, years later. It was by chance, was what this child wanted me to believe. This tiny bean had his round eyes, but brighter. His face reminded me of the omega I rejected, yet the child still had traces of my own face that I found it very bizarre. I guess, that was what parents felt when they look at their own little copies? Maybe it was just me.

Whenever this little precious called me that, I could literally feel my heart expanded, while my eyes stung. How can I missed five years of this child's life? No. Five years might be meager to me who lived decades more than him, but for this little man, it was his whole life.

Then, what about his mother, the omega? How did he manage nine months carrying out little prince without me by his side? I should be there for him. I should pamper him, treat him like a royalty in exchange for him carrying our child. Gosh. I was such a jerk. No! I was worst!

If only that day wouldn't happen.

If only I could bear myself from attacking him...

Wouldn't he be living happily, maybe living his dreams by now?

Would he still be alive?

A tug on my shirt pulled me out of my seemingly endless swirl of thoughts. I looked down to a pair of concerned rounded eyes. His adorable expression brought a smile on my face, the bad thoughts quickly vanished.

Nothing could change what happened.

Everything happened for a reason.

If what occurred in the past turned out differently from it did, I wouldn't have had this angel in my life right now. I also couldn't see how a great and loving mother could that person be to our child.

He didn't regret the outcome of the past. Neither should I.

Maybe, it wasn't an unfortunate, random circumstance after all. Maybe, it was fated to be. Even if it wasn't...

I kissed our little prince's cheeks, each side was from both his mommy and daddy.

Even if it wasn't, this adorable, tiny bean of ours was enough proof that he was our serendipity. 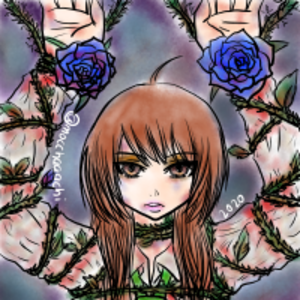 (The paragraph alignment is one of the best update. I- *blow nose*)

Anyway, I was reading tragedy bl when I thought of this. Idk if I wanted to write more of this (seeing that my 3 other stories was left untouched for months, collecting dust... I'm ashamed wuu...).

If you're wondering about their names... (I was gonna left them as nameless at first, but I've already name them lol)
Daddy: Alvord
Baby: Vernon
Mommy: Anwell
Btw, all of the letters in Vernon's name came from his parents' name. (V,R,O from Daddy, E,N from Mommy). 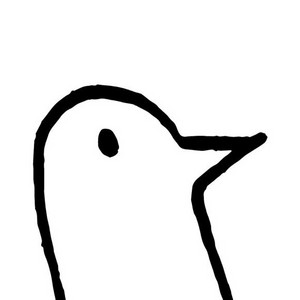 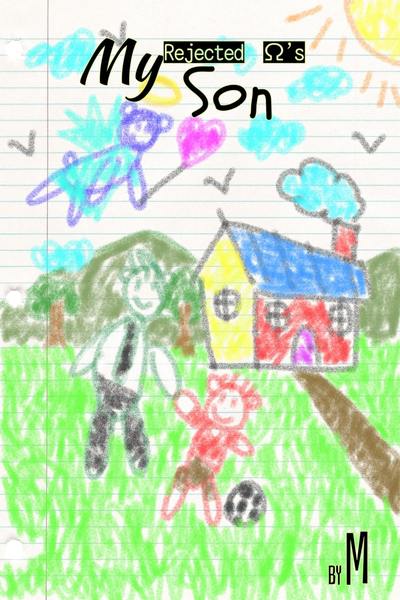 MC (α) had once marked an omega under the omega's intoxicating heat. When he was sober, he couldn't accept the fact that he mated with this very ordinary, poor and inconspicuous MALE teenager. He hastily rejected the bond and the omega himself and ran away.

Years passed, and het met a 5 year-old who very naturally called him "Daddy".

It's on author's pile of story idea... Author just- *sniff* just wanted to reduce the list, but it keeps increasing... *cries* T_T
(Also, the cover and thumbnail are so bad, it K.O.-ed author.)
Subscribe 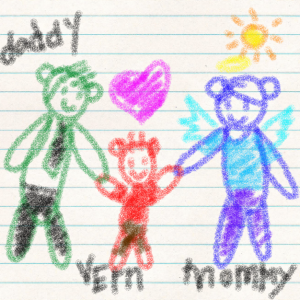