My shoulder length silver hair blowing in the gentle cold air tickling my nose as i tuck my hair behind my ear. I watched the other kids back as i walks slowly behind them, trying to get to school quietly.

I glanced down on my feet, watching my left foot passing my right foot till i made it close to the gate. I looked up as i saw a light sky blue color entering my field of vision. My deep dark violet eyes shines in the sun as it rises from behide the large oak tree by the school gate. Taken in by a surprised. I sigh and gave a gentle smile.

"Morning Raymond!!!!" She yelled in excitement. "Can you believe it we're finally high schoolers now!!" She jumped as her long pink hair flow in the gentle August breeze.

"Yeah. I heard we taking our secondary gender test today." I said as we walked past the gate and into the school building. We reach to our locker and grabbed out some textbook for our first class, which was math. One of my favorite classes.

"Oooh i forgot about that." She hits the side of her head as she sticks her tongue out. "Im sure I get a beta like my dad or an omega like my mom. So I'm not expecting much for my second gender to be honest. But what do you think you get huh?" She asked tilting her head as we walked to our classes.

I looked up for a bit and stared at misa who is barely reaching up to my chest. As she was a short girl who is barely 5ft. "Im sure I'm gonna be a beta like my parents but it'll be nice to be an alpha." I chuckled lightly. "Its only a wishful thinking."

After a while, we made it to our classroom. Where we sat on our desk with our textbook open to the page, where we last left off from last week assignment. I was sitting by the window stared out, watching the cloud goes by.

"I do hope I get to be an alpha, and misa as an omega. Then after that we can be mate and I be there for her no matter what." I muttered to myself under my breath quietly.

The teacher stood up in front of the class and announced that they had to go to the nurses office to take their secondary gender test as their name is being called out. "Those who's name haven't called out will stay with me and we will continue with class. Okay." Said Mr. Loving. As he called two students and send them to the nurse office. He continue to called two students a time as they went to the nurse and when they came back from there. He called the next two and it continued on till everyone had went.

The bell rang and Mr. Loving stood at the front with piles of paper. "Your result will be announced tomorrow during first period. Class is dismissed." He said as he sat down on his desk.

Misa walked up to me who was spacing out, looking out the window not noticing that class has ended. She stared at me when an idea strikes at her and she pop a finger in her mouth making it wet. She smile rather evilly and quickly stick it in my right ear, making me jumped.

I rub the inside of my ear as I looked up, seeing her looking rather satisfied with my reaction. I sigh. "What is it?" I asked.

"Class is over and we have to get to our next class, silly. We only have 10 minutes before we late. And you know Ms. Yokum hates it when we late."

I quickly jumped up and grabbed my textbook and we both booked it to our next class being 1 minute late. Ms. Yokum wasn't happy about it. So she made the two of us cleaned her classroom after class as it was a 30 minutes break.

The day went by rather fast and school ended. We made our way to the auditorium as we had palc, performing art learning center or palc for short. I was back stage dealing with technology while misa was in front stage as one of the leading lady.

A tall red hair peeked through the door afraid of coming in, catching misa attention. She turned to stared at him and back to the stage where there is another male with royal blue hair practicing his dance move. She grin as she had thought of something to do to get their attention.

"Tristian!!!! Your stalker is here for you!!!" She shouts, making the red hair male run away.

Tristian stop what he was doing and stared at misa. "He's here again?" He asked as he turned off his music and walked down from the stage to where misa and I was at. "I kept telling him that he can just sit down in one of these seat instead of beating around the bush." He complained.

"I swear you and him have different personality even though you two are cousins." 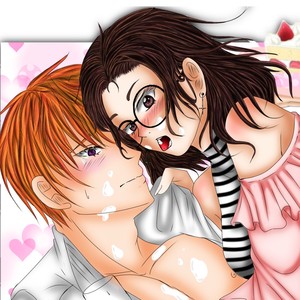 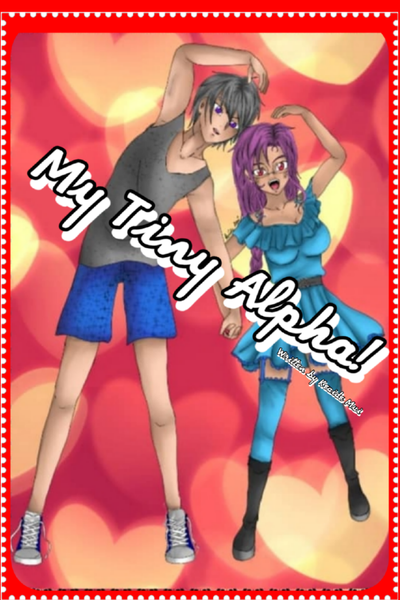 Raymond is a lonely stage tech for the club PALC. He has always wanted to be an alpha for Misa. So he lied about his gender as he follows her everywhere.
Subscribe 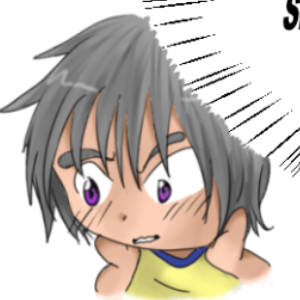