Thunders roared, and rains fall the angry sea does not relent a single ship faring the treacherous west sea as it is on the verge of collapsing its passenger of humans does not know of the danger ahead.

A boy stands out among the passenger whose hair is as white as snow and skin that never met sunlight.

"Hey, Sarion if you survive this one, promise me to protect my sister" the boy next to him said, who is shivering from the cold.

"Hey, don't say that, but i promise" Sarion replied.

The waves smashed against the hull, and the floorboards were creaking as if it was about to break; the passengers started screaming and panicking, but that did not help their situation.

Then suddenly, a huge wave appeared sweeping across the small wooden passenger ship.

A small boy resurfaces with the wave gasping for air; he looks around, and all he sees is dead bodies and debris of the ship.

Another huge wave appeared that seems like it wants to drown him in the bottom of the ocean; the huge splash drained the energy out of him as he feels pain in every part of his body, and now he is drifting with the currents.

As he drifts, he began to feel hunger and thirst; he felt so thirsty that looking at the ocean water is torture; after drifting for a while, he began to hallucinate he sees his friend who was shivering a while ago floating above the ocean, guiding him somewhere he followed it trying to paddle with his feet with all the strength he has left.

He finally passes out of exhaustion, making the waves drift his body towards where he was paddling.

"Sarion...I'm sorry..." a gentle voice said in his dream, then glimpses of memories flashed through his dreams.

Gasping for air, he awoke on a mysterious shore; with little strength he has left, he crawled onto what looks like an intact piece of the ship he rode.

There are still barrels filled with fruits and waterskin lying around to his surprise, so he helped himself to the food since no one else was there.

"Where am I?" Sarion asked while munching the food to himself.

He tries to stand up with his noodly legs but couldn't go far more than 5 steps, so he picks up a wooden pole that was a part of a broken furnishing.

Limping across the shore, he tries to find signs of civilization."What are those?" he asked himself while trying to look past a plume of smoke going in his direction.

As soon as it reached a distance visible to his eyes, he saw a group of big boars coming in hot in his direction. "Waah!" Sarion tried limping as fast as he could to avoid them, but he was so slow.

The boars immediately stopped in front of him by a hair; Sarion almost pissed himself while lying on the ground; he thought that he would be squash meat at that moment.

Is this it? Am i boar food? i thought there's more to life than this you know, adventures, treasures, and girls, but if this is the end, at least let me embrace it and join my friends on the other side.

"Hahahaha!" A laugh could be heard from the back of the boar. "You old fool!" another voice shouted.

"Wh—Wh—Who are you?" Sarion asked shakingly, terrified of the large boars. "Hahahaha!...What do we have here a spriteling" said the shadow overlooking Sarion.

"Spriteling? What's it doing here?" asked another shadow which appeared next to the first one; as the two debate, Sarion fainted from exhaustion and fatigue.

A shadow who's wider than a rice sack and no larger than a block of stone jumped out of the boar to check on Sarion, who fainted from exhaustion.

"Hey old man, bring the stretcher; this spriteling is so beaten up he can't even walk" the shadow shouted while checking other injuries.

Thump! Thump! Thump! was all that Sarion could hear then clanging metals as if they were moving in a cohesive pattern.

"Ugghh...what is all that racket?" Sarion asked, moaning with pain. "Well, well, our little spriteling is finally awake" said a voice from afar.

Sarion awoke to what if feels like a tiny house; he became more curious as he looked at the windows he saw other large boars with a small house attached to them through a large belt system.

"Spriteling?" Sarion asked curiously. "Hmm, did this spriteling hit his head or something?" a coarse voice asked.

A few minutes passed by, and a dwarf woman appeared holding a pestle with grounded herbs. "Who are you?" Sarion asked.

"For a spriteling, you must be too confused right now don't worry dear, I'll answer your question later; just bite on this towel while i apply the herbs on your wounds" the dwarf woman said.

"Ready? Here i go" The dwarf woman took small portions of the grounded herbs and applied it to the cuts and deep wounds on his body. "mmppphhh" Sarion screamed biting on the towel.

After 30 minutes of applying the grounded herbs, Sarion fell asleep, and the dwarf woman applied healing magic on him.

"How's the spriteling?" A coarse voice asked. "He'll be fine; he just fell asleep" the dwarf woman replied while cleaning the clutter on the floor.

As if it was a coincidence, the boar house caravan stopped moving as if they sensed danger ahead. "Huh? Why did we stop did we already reach the sea of forest?" asked the dwarf woman.

Ahead of them was the sea of forest guarded by the alve kind that comprises Elves, Dwarves, and Drows. The boars sensed some elves emitting mana, so they stopped.

The dwarf woman took her necklace and showed it to the guards its circular in shape and has an ornate crest gilded with gold.

The guard elves stand down as they recognize the crest; they immediately let the boar caravan pass without any more trouble.

"It gets to me every time we pass the border that maybe they've forgotten us" a dwarf man appeared, holding the hands of the dwarf woman. "Don't be such an idiot, of course, they'll let us in were alven kind no matter what

"We finally reached the sea of forest, at last, were only miles away from alfheim and dwarrion" said the dwarf man. "Don't be a worrywart; everything will be fine" said the dwarf woman kissing him in the cheeks.

"So how do we report the spriteling?" asked the dwarf man. "We'll go to the great tree palace and consult the elders" the dwarf woman replied.

"I know this is weird, but i feel he is only half alven" the dwarf man said. "I don't know maybe we'll get more answers with the elders" the dwarf woman replied. 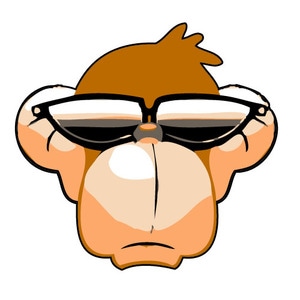 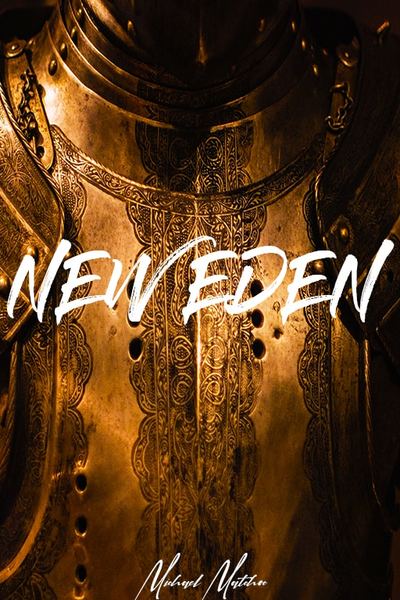 The Goddess of creation gave birth to the new world Humans, Demi-humans, Elves, Dragons, and Monsters filled the world. Gods and Goddesses gave their blessings, and the first civilizations emerged.
Subscribe 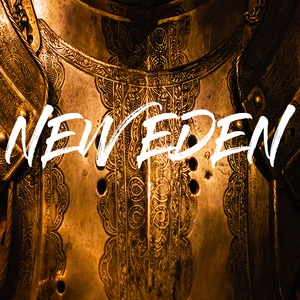