Not the Heroine, Not the Villainess, but a Side Character...or not?

It was at the age of six when I remembered my previous life. Yes. It happened when I was carrying a tray of freshly baked bread in my family’s bakery. The tray was quite heavy for me and my parents insisted that they carry it out to the display shelf, but I refused because I wanted to help. It was at the time that I took a step and ended up slipping on bread dough. I fell back and hit the floor. The bread went flying and the tray smacked me square in the face. That’s when everything came flooding back to me. I, Reiré Norman, was originally an eighteen-year-old girl that died in an accident in my previous life.

Before I died, I remember attending a place called high school in a kingdom called America. I was stressed every day because of school work and would often resort to anime and manga to help relieve stress. I remember I was a, what was the term? Oh right, I was a big otaku. Yes, I was an otaku in my previous life. And if I think about it, doesn’t that mean I was reincarnated? A dream that every anime fan such as myself would want?

Ah, my head hurts. I really don’t want to think about this right now. I can hear my parents calling my name. Am I gonna die again? I died such a pathetic way in my last life. Yes, I’m gonna joke about it. What happened was I accidentally walked out onto the crosswalk, mistaking the light as green because I was so tired from an all-nighter, and Trunk-kun smacked me so hard that my soul transcended to a six-year-old girl in another world. Yes, such an otaku way of explaining it.

I groaned in pain as my head throbbed. I slowly opened my eyes to see three figures. I slowly sat up and was greeted by my mother. She had a worried look on her pale face. I can see how scared she was from the look in her brown eyes.

She let out a sigh and smiled. “Reiré, you have no idea how worried I was.” She gently rubbed my cheek as I apologized.

“Reiré now has a bump on her head.”

Hmm? Turning away from my mother, I saw two other guests. They look to be about the same age as me. One was a young boy with black hair and amber eyes, the other was a young girl with long black hair and bright green eyes. They both wore quite expensive looking clothing. They must be of nobility.

I tilted my head and asked, “Who are you?”

They both gave me a shocked look. Did I actually know them? Now I feel bad.

“Reiré, do you remember who I am?” asked my mother.

My mother suddenly had a very pale face and her eyes looked very panicked. Did she really think I would forget my own mother who raised me?

Hoping to calm my mother, I answered, “Mother is mother, right?”

She let out a breath of relief. “I was worried that you might have amnesia.”

“Reiré, I am Rium. We met two weeks ago and a few days ago as well,” said the young girl.

Rium Bazanine. She’s the daughter of Duke Cecil Bazanine. Her family was quite fond of our bakery and had invested in us with their money. How could I forget something like that!?

“Lady Rium, I am so sorry for my rude behavior.”

“Then you are…” I turned to the young boy sitting next to Lady Rium. He gave me a shy look and hid behind Lady Rium’s shoulder.

“This is Lord Raphael. I introduced him a few days ago when we met for the second time,” Lady Rium said. “Do you not remember?”

“He’s the son of Duke Robert Graham,” my mother whispered to me.

“It’s alright. We haven’t met as much as you and Rium have,” he mumbled.

“Lord Raphael, you need to speak clearly,” scolded Lady Rium. “You’re the son of a duke, speak with confidence.”

“Um… Lady Rium and Lord Raphael. Why are you here in my room?”

It was certainly strange for people of such high status like Lady Rium and Lord Raphael to be in a commoner’s house.

“They came to buy some pastries when you fell. You lost consciousness and your father and I became very worried. These two were also worried so they came to see you,” answered mother.

“You were bleeding from the back of your head,” said Lady Rium.

“Eh!?” Really? I broke skin from falling on a wooden floor?

“You took a hard fall after all,” voiced mother.

Lord Raphael also chipped in. “Y-You also have a bump on your forehead from the tray that dropped on you.”

“Really?” I touched my forehead and flinched. That hurt.

“Here.” Mother handed me a mirror and I looked at my reflection.

Even though I’ve lived with this face for six years, it’s strange to see it now that I’ve remembered what my previous life was like. In this life, I am an albino. I had short white hair and large red eyes. I’m often picked on by other children because of my looks. I was often called a cursed child. My mother and father are very loving and protected me. Even though my existence has caused them so much trouble, I’m happy to have parents like them. I don’t know why I’m feeling so emotional now, but tears just started to fall from my eye. Well, I am only a six-year-old, so I probably couldn’t control my emotions well, even if I was an eighteen-year-old before I died.

“Reiré? Does it still hurt?” My mother gently patted my head.

“I’m okay, but it stings a bit,” I said as I touched the red bump on my forehead.

“Don’t touch it, honey. I’ll rub some ointment on it later.”

“Lady Rium, Lord Raphael, so sorry to take your time. Please take as many pastries as you like. It’ll be on the house,” said mother.

Lady Rium stood up and curtsied. As expected of a noble lady. “Thank you, Mrs. Norman. We are meeting up with Prince Leonhardt later, so we will take you up on your kindness.”

“It’s nice seeing you again, Reiré. Lord Raphael and I will visit again.”

They left my room and I was left alone in my bed. Today was so strange. If I didn’t remember my eighteen-year-old self, I would have most likely embarrassed myself in front of Lady Rium and Lord Raphael. Being a six-year-old with no manners whatsoever, I could have treated them very rudely without realizing it.

Feeling somewhat exhausted, I laid back down on the soft mattress. Rium Bazanine and Raphael Graham. Their names sound very familiar for some reason. No, it’d make sense if I heard their names somewhere. Both their family are quite famous, after all. Robert Graham was a cold-hearted man that would often scold Lord Raphael for his timid nature. He is quite the strict man and would be the only person that would go against the King’s words. Because of this, many noble families are afraid of the Graham household. No wonder Lord Raphael grew up to be lonely.

Huh? Wait… Something’s strange. How do I know all this?

I quickly sat up as I became somewhat scared of my own knowledge. This was my second meeting with Lord Raphael and I haven’t even learned about any of his family circumstances. So why do I know so much? Wait, no… He sounds a lot like a character from that one light novel I’ve read. Wait, what am I doing comparing someone’s life to a character from a fictional story. Even if Lord Raphael sounds like a character from that story and even if he has a childhood friend named Lady Rium like the one in the story, there’s no way any of that is connected. Yes, I must be going insane. Man, that fall really messed with my head. Was what I thought, but then I met with His Highnesses. First Prince Leonhardt Zenova and second Prince Clovis Zenova. 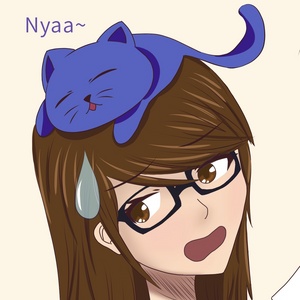 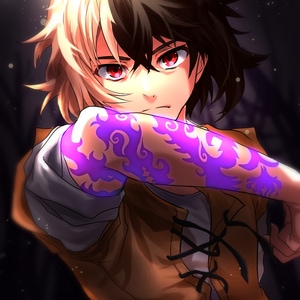 I like it! I love the vibe I'm getting from the story, reminds me of some of my favorite anime and books :) Keep up the good work! 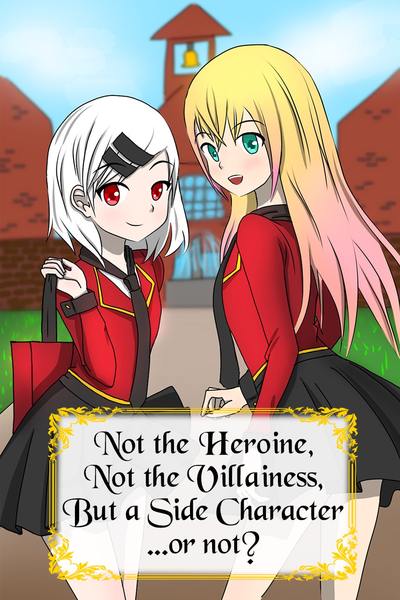 Not the Heroine, Not the Villainess, but a Side Character...or not?

Reiré Norman remembered her past life as an eighteen-year-old high school girl. Having these new memories she realized that she was reincarnated into the world of her most favorite light novel, Fight for Love and Acceptance. As a character that never appeared in the novel, she has given up on seeing the story events, that was until fate had something else in store for her. Now thrown into the story’s set environment, Roseward Academy, she had decided to interfere with the plot and save a certain someone from her impending doom. "Why?" you ask. Well, Reiré was a sucker for the tsundere villainess.

Updates are usually every other week. There’s really no set schedule, so I hope you all can be patient with me.

Reviews, comments, or critiques are highly appreciated. Thank you. 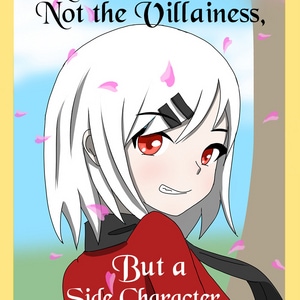