Of furs and mates

Yep, that was my life: One more day, one more challenge to deal with. I mean just because I'm a chick, do they seriously think that I would be that ease to overpower? I'm not even that kind of girly girl, all petite and fragile, who cries wanting someone to help them open the freaking mayonnaise cup.

I mean, I'm an Alpha for the moon's sake! And, even if the status wasn't warning enough, all you'd have to do is look at my face to know better than to challenge me. But of course, if a lean body, agile legs, tan lightly visible muscles and a hell of a scowl. Enhanced by a military styled black hair and an ugly scar that went from my upper nose, down through my cheek, to my chin still wasn't enough, you would think that my reputation of ripping out the throat of the former Alpha would suffice.

Yep. I wasn't only an Alpha per se, but an unborn one as well.

You see, Alphas usually came from the same family, the title passing from father to son. Not because it was inherited, but because of the family's "good genes". It was like this: to be the leader of a wolf pack; you needed to be strong, the strongest among all, and just a little bit blood-thirst. Alphas could be challenged by anyone, anytime. They couldn't afford to be weak; there was always some need to defend their title, pack and, well, their neck as well.

The problem with that was, once you put the human nature in the mix, the ones in the top do tend to get power hungry. So, I ask, what would you do, when you are a bunch of greedy people, scared of losing the empire that you built with your kin? Inside family marriage, of course! Sure, it looked like a magnificent idea at first but, with all the consanguineous get together's, it was bound to end up going downhill. The newborn Alphas, despite being insanely strong, also started to be, well, insane.

And again, I did kill one of those crazy war dogs. So what made that shrimp of a wolf think that he could beat me? I mean, you just need to look at him to know who would win. He did have a nice set of muscles on his arms, really toned legs, some scary crazy eyes and was spitting while screaming at me. All that, in combination with his wormy clothes, dirt hair and awful smell should have been messing with my nerves, should scare any kid for months. But I was not a kid, not anymore, and he was a hungry bastard. And not only for power. I was pretty sure he hadn't eaten in a week or two, the spit coming out of his mouth may be an indication.

Come on; I didn't smell that good!

He snarled and started to shift. Brown fur erupting from his skin, bones breaking and clothes ripping apart. Man, he was big. He crouched down and pounced, aiming to land right on my chest. Ok, so it's not my first rodeo, but seeing that huge drooling wolf, with hard eyes and — oh my god, was that scabies on his neck? — Weird substances along his body made my reflexes delayed. Hitting me, he went for my neck. I only had time to raise my arm enough to give him a new target. I still can't tell what hurt most: the bite or the f*cking smell.

A growl built in my throat, growing till the glasses of the pack house nearby started to shake. I felt my bones breaking and realigning themselves, my skin and clothes ripped up — dammit, I loved that shirt — and raven-like black fur covered my wolf form. I used my already-in-his-mouth paw to push his muzzle aside and went for the neck myself. He trembled and whined, trying to get free from my grasp, digging his claws into my exposed belly. But it finished all too soon when, rolling around, I reversed our positions and shook my head till I heard the loud crack of his neck breaking.

His muscles went limp in my jaw. I dropped him to the ground and walked backward, turning to face the members of my pack that stood there to watching the fight. My silver eyes glowing from the adrenaline, I raised my head high with pride and howled. Some of them joined me, my warriors, most of them shrank away. But I could never blame them for that. I was an Alpha, a huge one nonetheless, and the only feeling you would get from looking at me, in my wolf form, was fear. 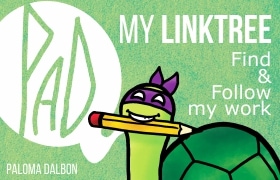 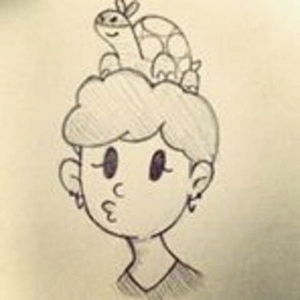 ■ EDITED BY nicockla ■ from Wattpad 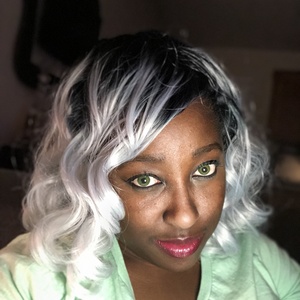 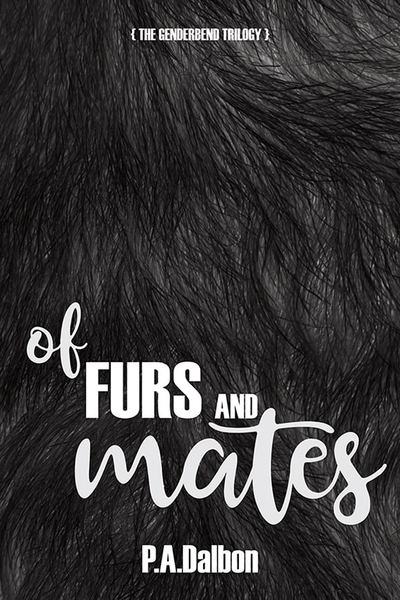 Of furs and mates

This is the story of a not-so-fragile female Alpha werewolf, which fought with claws and fangs to get to the position of her pack's leader and, now, has to fight for the love of a not so manly little human boy.
Let's distort the stereotypes a little, shall we?

PS: Versão em português brasileiro no meu perfil!
Warnings: Foul language, violence and probably some mature content in the future. English is NOT my mother language, beware of the mistakes.
Subscribe 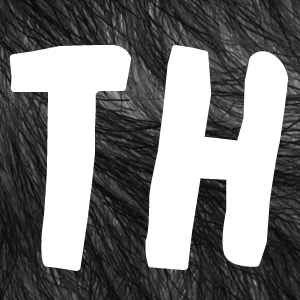