Once Upon A Camp/ Worst Trip Ever

Alluring green eyes and dark tousled hair. I remember him being strong and easygoing. Most of all I remember the sense of safety I felt when I was with him.

He was like my shield, protecting me from all my hurts and bad memories. He never let anyone talk down to me and would listen patiently as I described my home life. He would sneak out of his cabin just to hold me and whisper sweet things in my ear as I clung onto him for dear life. It was bliss. Like I was sitting on a happy pink cloud, completely unaware of the darkness that was lurking.

As I stare into my vanity, the song Sit Still, Look Pretty by Daya blasting in the background, I realize for the millionth time that day no matter who comes into my life, at the end of the day I'm left with me, myself, and I.

I slip my favorite black leather mini skirt and match it with a green crop top.

In the loathing memory of you.

My mind is flooded with his smiling emerald eyes but quickly disappears when I hear a knock on my door.

" Hey, girl! We got to get going if we still wanna catch a ride from Jake and his gang!"

I sigh as I paint golden wings on my eyes and spritz on some cinnamon perfume.

" I love the smell of cinnamon. It reminds me of Christmas when everyone is kind to one another and on their best behavior. Whenever I'm with you, you remind me that there's still hope for this world."

I banish the starlit scene from my mind and quickly grab my phone, silencing the music, then racing to my closet to snatch my black converse and head out the door.

I walk down the hallway, occasionally leaning on the walls for balance as I attempt to put on my high tops. I grab my keys and walk out the front door. My parents weren't home tonight, just like every other night, so I had no one to say goodbye to. I might as well enjoy my freedom.

I close the door and lock up, and turn to meet my best friend, Sandy. She and I quickly kiss each other on the cheek in greeting as a sleek black car pulls up.

I give a low whistle of appreciation as we walk up to it. I lean in the driver's window and am met with the smug face of Jake.

His buddies laugh while he looks at me expectantly.

It's obvious they don't think I'll be able to guess it but Sandy looks so confident because she knows this specific car is a car I know all about.

" Hmm, 1976 Mustang Cobra 2, painted black. Classic V8 engine, and for those of you who don't know what that is, it's a piston engine with eight cylinders arranged in a ' V' shape. Oh, and I'm guessing there's about 130 to 140 horsepower on this thing."

The boys look at me dumbfounded while Sandy smiles brightly, looking like a proud mother who just saw her daughter win a Nobel Prize.

I glide over to the passenger's seat and situate myself.

" Sandy I think I should've made a bet so I could've at least made a little cash tonight."

" Good point, Riki. But the look on their faces was pay enough."

I laugh in response and smiled gloatingly at Jake.

He grabs a lock of my ivory hair and gently tugs before chuckling and entwining our hands.

I never date anymore after my last incident, but Jake and I have always had chemistry. Though I've turned him down more times then I can count, he's persistent and I've learned to just go with it. I draw the line at kissing, even if it's just a peck, but I allow him to do other PDA as long as I get a free ride to all the parties.

" You guys hear about the new kid?"

I turn in surprise. Our town is tiny, so we never have new kids. Especially not it high school.

Alex, Sandy's boyfriend of 2 years, looks at me and smiles.

" You know Riki, you're the only girl I know who calls fellow girls ' chicks'."

Sandy swats his arm as the whole car is filled with laughter.

I roll my eyes in response and gesture for Liam, our informant, to continue.

" I heard it's some dude from Washington. Apparently he's a senior like us but had to move because of his parent's divorce. I think he's moving here with his mom."

I nod my head and turn to face out the window.

Sandy and the guys snicker at the nickname while Liam ignores it.

" I think it's Austin or Phillip. One of those. He's coming with his middle school brother, so I got two names."

I breathe out in relief. His name wasn't Phillip or Austin. I could finally enjoy my night.

We pull up to a giant mansion. Jake parks the car where it won't be in harm's way and we all head in.

There are already a bunch of people and the party only started an hour ago. Red cups and streamers cover every inch of the floor. People grinding to the blasting music made the temperature go up and I started to break a little bit of a sweat, and I haven't even done anything yet.

" I'm going to go get some drinks! Wanna come with?"

I nod and grab on tightly to Sandy's hand, hoping that we won't get separated. I know almost everyone there, with the exception of a few new people from the other high school. As Sandy pulls my hand forward, I lift my head up and scan the crowd. That instant, Sandy and I lose contact and I'm pulled into the sea of sweating bodies, unable to make my way through.

I start to panic a little because I have major claustrophobia. Just as I'm about to pull myself out of the rip current, I feel an arm circle my waist. I try to turn and meet my assaulter's eyes, but they keep my body firmly pressed up against theirs, and the arm around my waist tightens.

Ok, so it's definitely a guy. I try to hold my ground but my body shivers at the low voice. Hoping that it would go unnoticed, I straighten my back and try to put some distance between us. I had no such luck. I remain plastered against him and he chuckles at my previous response.

" You may be fighting against me, but your body reacts wonderfully to my touch."

His hand moves to my stomach, his touch feathery. My stomach filled with butterflies and I felt my body begin to heat up, and not because of the temperature of the house.

" Listen, buddy. I don't know what you're trying to play here but I'm not alone. I've got 4 guys, all which play football, that would love to kick your ass for touching me. I suggest you back off while you still have your hands."

He laughs, a sexy and wonderful sound that goes straight to my panties. Ugh, what is this guy doing to me?

" You've got fire. I like it. But sadly, I'm not one to back down from empty threats. I take what's mine and you, my dear, are mine."

I'm momentarily stunned by his speech before I come back to my senses. I wasn't weak like this. I wasn't going to let some random guy ruin my night.

I wrap two hands around his wrist and pull my body away, twisting his arm so that he's facing away from me. I kick the back of his knee and he falls. I quickly let go of his wrist and move to kick him in the stomach. He rolls over and groans. I smirk triumphantly as the people around us stop and stare.

" And one more thing dickhead. I belong to no one."

Sandy, Jake, and the rest of the guys make their way to the front of the crowd, which has now formed a circle around us. Sandy rushes towards me and hugs me dramatically.

I laugh at her rambling and look down at her tiny 5'2" frame. She wouldn't be able to do much damage but who am I to pop her bubble of mega confidence?

" Nah girl, I got him. I'm okay though. He didn't do anything too bad besides holding me against my will."

I turn to Jake, who regards me with a proud look, but I can see the anger burning in his amber eyes. He shifts his gaze towards my attacker, who's still on the floor, and his face hardens. I put my arms around Jake's neck, which catches him off guard.

" Leave him be, J. He's not bothering me anymore and look, I took care of it all by myself. So just calm down and let's have some fun. Okay?"

Seeing his reluctance, I immediately pull out my infamous puppy eyes. My eyes are big and hazel with long lashes. No one has been able to say no when I make puppy eyes, except maybe Sandy, but Jake wasn't that strong when it came to me.

I linked arms with Sandy and Jake and we all turn to walk away.

" Nice one ladybug. See you've gotten stronger since the last time I saw you."

" Riki are you good?" Sandy asks but I can barely hear her over the pounding of my own heart.

" Riki huh? That can't be right. The last time I checked, that wasn't your name."

I slowly turn around and suck in a breath.

I stand there with my mouth hanging open.

His face breaks into an evil smile and stares at me with those green eyes. 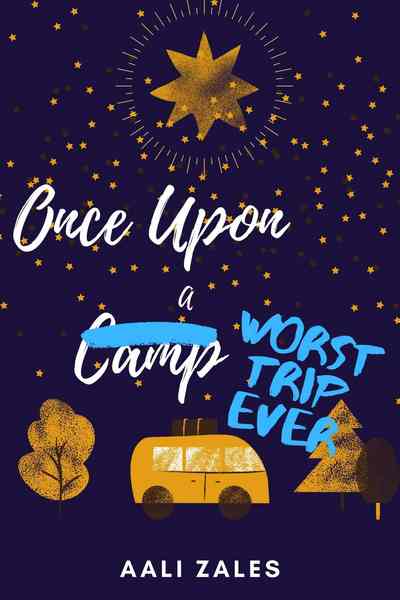 Once Upon A Camp/ Worst Trip Ever

" You have no idea the things I want to do to you. " He growls.
" I thought you didn't want me. What makes you think I'll give in to you now? Your charms don't work on me like they used to. "
He leans in and whispers, his dangerous and low voice sending shivers down my spine.
" Care to test that theory? "

She fell for him once, she wasn't going to make the same mistake twice.

Riki is what everyone would call a minx. You can look but you can't touch. She wasn't always like this though. After a heartbreaking encounter with a handsome stranger at a summer camp, Riki swore she would become the one everybody chased and would never fall for a guy again. That is , until the stranger moves into town and only has one goal in mind.

To be the one that the minx falls for. 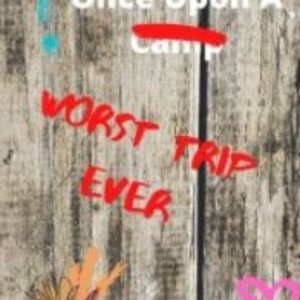