"I think that's the one," he whispered. The cloaked man nodded and quickened his pace, his partner eagerly following.

"Slow down," said the cloaked one. "If you give yourself away it's all over."

His partner heeded the command and slowed, barely containing his excitement.

"You know what this means, right boss? If that's the one?"

The cloaked one smiled a grim smile.

"It's not over yet," he said. "We still have to actually detain him."

He slowed and motioned for the other to do the same. Their target had turned into an alley, exactly where they wanted him to be. The man in the cloak turned to face

"Go around the back, and I'll cut him off from the street. He can't leave from any other way."

He pulled his hood further down onto his face and approached the entrance to the alleyway. The other man had started going around the back as ordered.

There he was at last. The man who they'd been chasing for almost two months now, who had eluded their every trap and ploy, was standing only an arms length away. Orion.

Orion tensed. He was being followed. The two men in his peripheral vision were the ones who he'd been trying to escape for how long now? A month? Two?

He sighed. His life had been normal up until then, or at least as normal as it could be. If it weren't for that goddamned Consulate, he could be living back in his

hometown, not dodging bounty hunters in the slums of (blank). He saw the men start to quicken their pace, and he swore under his breath. How had they found him? He

thought he'd been thorough in covering his tracks, but the presence of these lowlifes proved otherwise. He turned into the nearest alley and steadied himself. It was

time to confront these douchebags for once and for all.

"You there!" said the voice. "Turn around and put your hands where I can see them!"

Orion turned slowly to face him. The source of the voice was a tall man in a cloak. The little of his face that wasnt being covered by his hood was gaunt and thin,

with pale, scarred lips. Under his cloak, he could only assume he wore one of those white, spotless Consulate jumpsuits. The thought made him sick.

The pale lips twisted into a cruel smile.

"How kind of you to notice," the cloaked one said mockingly. "You're quite a hard man to find, Orion. Even for us."

"Is that supposed to be a compliment?" He retorted. "I've had a harder time hiding from my sister, and she's blind."

The man's smile just broadened, and he reached into his belt. From it he pulled a brown leather pouch. He reached into it and extracted an etched, green gemstone that

"You know what this is, don't you?" said the pale one. "It seems she couldn't hide as well as you could."

That was all it took. Orion let out a roar and leapt at the man, swinging furiously with his left arm. The man stepped to the side and assumed a defensive position.

His fist collided with the wall of the alley and it crumled under the force of of the swing. Orion pulled his fist out of the rubble and turned to face him.

"You just made the biggest mistake of your fucking life."

The man swallowed, his thick robe masking the reflex. He stared at Orion, only now seemingly aware of the man he'd challenged. The brick dust cleared to reveal

Orion's left arm. It was a stone grey color, in contrast with the rest of the man's body, and marked with black diamond patterns. On his shoulder there was a purple

gemstone with the same pattern engraved into it as the one in the cloaked man's clenched hand. On each of his knuckles, there was a smaller gem of the same purple hue,

He only had a second to register all of this before Orion launched his next attack. He charged at the man, jeweled fist drawn into a punch. The cloaked one

doged again, barely avoiding the lethal swing. As he did, he barked an order. This was what his teammate had been waiting for and he leapt down, covering Orion's back.

The newcomer raised both fists into the air, revealing half of a brownish gem on each of them. As he did, a sort of barrier formed between his hands, made of a crack-

ling energy resembling thunder. Orion changed targets and charged him with another cry. This man didn't dodge, and Orion's fist slammed the barrier.

As soon as they collided, Orion knew he'd made a mistake. His punch didn't even seem to affect the barrier, in fact, it seemed the opposite had happened.

Orion yelled with shock as the force of his punch was sent back into his arm, and he felt his wrist shatter from the impact. He was sent flying backwards into the other side of the alley where he lay reeling from the shock. His mind was in turmoil. What the hell had just happened? Why did it hurt so much? His vision blurred as tears from the pain came to his eyes, and he clenched his arm. He heard a fizzle as the brown barrier dissappeared and the two men advanced upon his limp body.

"Looks like one of us didn't do our research," the tall man said mockingly. He loomed over Orion and laughed. "If I had known this was going to be so easy, I would've done it weeks ago." He pulled a strange tool out of his bag and held it to Orion's shoulder. He leaned close and whispered into Orion's ear, close enough that Orion could smell his putrid breath."I should really be thanking you, you know. You've just made us very rich men." He stuck a part of the instrument into Orion's shoulder, as if to pry out the gemstone that was inlaid there.

Orion shouted in agony as the needle stuck in for the first time. Through the haze of the brick dust, the pain, and the tears, his instincs screamed at him to fight back; to do anything, but his body lay half-conscious on the ground. He stuck out his arms and clawed feebly at the hands that assaulted him, but they kept going at him. Each twist of the needle drew a bellow from Orion, while each attempt to deter his attacker only resulted in another twisted smile. With each sharp stab around his soul stone, his strength weakened, as did his will to live. Towards the end, Orion had entirely stopped fighting back and simply waited for the blackness to swallow him whole. How had this happened? he wondered. How had he been so naive, so stupid? Why hadn't he just tried to learn about his foes? The needle dug out one last time, and the blackness consumed him.

There they were, those idiots. Hiding in the alley, like cowards. He leapt towards them from the rooftop, shimmying down a lamp post and landing with a soft thud on the pavement below. They seemed to be perfomrming an extraction surgery on the poor bastard they'd victimized, and from the looks of him, they were nearly finished.

The two turned to face him, surprised at the sudden intrusion. The one with the needle gave a nod to the other, who turned to rise. In a rough voice he said,

"Why don't ya mind yer own buisness before ya get hurt, kid. Ya don't want any part of this, understand?"

"Oh, but I do," Xavier replied. "I'm in the ass kicking buisness, and you two are gonna be my next customers."

The man charged at him, a shield already materializing from between his palms.

"Well maybe I want a refund," he snarled.

Xavier smiled, a yellow glow coming from under his right sleeve. The glow intensified, and on instinct, the man raised the barrier to shield himself from this new threat, but he couldn't have predicted what came next.

Xavier's sleeve burst apart as the blast of white hot energy shot from it with a clap that sounded like thunder. The beam forked and crackled, incinerating the barrier that Orion had struggled so much against in a single shot. The man behind the shield had no time to even open his mouth before the bolt passed through his head, killing him instantly. The static in the air cleared, and Xavier walked towards the hooded man, finger extended.

"I think you'd better walk away while you still can, buddy," he said with a smile.

The hooded man scrambled to his feet, whimpering, and hastily made his way back onto the street, not daring to look back. Xavier sighed. They were all the same, these types. They'd feel all high and mighty until someone who was higher and mightier stood before them, and then they'd always run away with their tail between their legs.

He looked down at the man on the street. He was quite a spectacle; bloodied and battered, gem half extracted, and with an arm that looked like stone clearly bent at a strange angle. Xavier bent down and began to reset the gem.

When he came to, Orion was looking into the face of a stranger. The man had thick, blond hair pulled back into a braid and intense blue eyes that shone with an almost unnatural gleam. The first thing that came to his mind was to defend himself, but something about the man's concerned expression told him that he wasn't a threat. He tried to sit up, but was stopped short by a searing pain in his mind that almost outshone the one in his arm.

"Easy there, buddy," the man said. "You should wait before your soul fully sets before you try and do anything."

Orion stared at the squatting figure in front of him, sizing him up. He had a lean build, meant for running but not close combat fighting. He figured he could take him in a fistfight.

"My name's Orion," he repeated, more clearly this time.

"Nice to meet ya, Orion!" he said cheerfully. "Once you're good enough to get back on your feet, I wanna introduce ya to some friends."

As Orion drifted back to sleep, he felt Xavier prop him up into a more comfortable position and sit down beside him, guarding him while he recovered. In Which Orion meets a new friend. 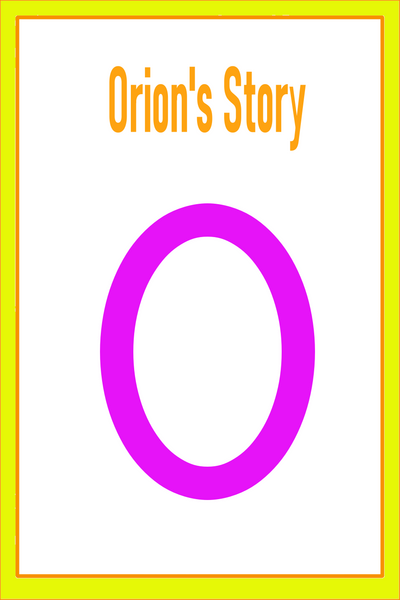 The almighty Consulate has been in power for years now, abusing their power to regulate people's soul energy and misuse it for their own gain. Orion is a man dead set on taking down this corrupted organization and bringing true order back to the world via him and his band of outcasts.
Subscribe 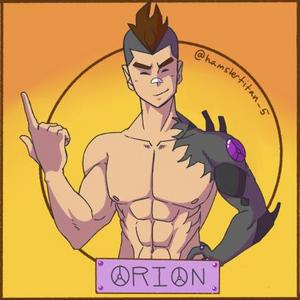