*MUSIC ACCOMPANIMENT INCLUDED IN THIS CHAPTER.*

Arlo had been unprepared for the knock on his small wooden door. He grumbled quietly to himself as he threw a robe over his bare torso and walked into the main room of his home. He opened the door to see his young assistant with a letter clutched in his long fingers.

Arlo looked at the seal of the high council and back at his mage assistant. He ripped open the letter to discover what he had been expecting. An emergency meeting of the high council was about to take place this very night. Arlo rushed into his bedroom, pulling his night robe off as Myrius, the young assistant waited patiently with his council robes in hand.

Arlo splashed some spring water onto his face and reached out for the robes. They were handed to him before Myrius left his bedroom. Arlo knew Myrius would be waiting right outside the door, ready to accompany him to the high council chambers. Arlo didn’t miss the time he had spent as a mage’s assistant, it had been an onerous century of complete silence and following a high mage around, serving their every desire and need. Arlo knew that it was just part of their intense training and discipline, but it was exhausting, and he hated having someone near him all the time. He missed solitude.

Arlo ignored the desire to use his wings and tried to walk with as much dignity as he could muster towards the council chambers. He saw the other mage assistants waiting outside as Myrius opened the door for him and he walked in. He climbed the steps to his seat behind the high council with his fellow mages. There were nine high council members, and in turn nine mages seated behind them, following their every move.

The high council were once mages themselves, it was considered an incredible honor to become a high mage, one day Arlo would take over a position in the high council himself. He pulled out a large scroll of paper and an owl quill. King Oberon began his slow decent into the chambers and the high council and mages stood, waiting patiently for him to be seated in the large wooden throne.

King Oberon was a figurehead at this point. He was the oldest living faery, and at 14,000 years old had outlived most faeries by at least a few thousand years. But he no longer made decisions or saw the realm beyond the walls of his bedroom and the council chambers. One day he would pass on and one of the high council members would take over as monarch of the realm.

“Bring her in.” High Finley said as Arlo got himself comfortable again. The two sentries opened the doors to the cellar and a hunter that Arlo knew too well began walking in with a body slumped over his broad shoulders. He slumped the body down to the ground, and Arlo couldn’t help the shocked gasp that escaped his mouth. He wasn’t the only one either, the mages all seemed surprised to see a young human girl tied up at the wrists and ankles, her frantic eyes searching around.

Arlo caught the green eyes of the hunter who sat her down before he disappeared back into the shadows.

More shocked gasps from around the room.

“How did she find this place?” High Asher questioned.

“She did not, we still remain safely protected behind the realm. Hunter Caedmon found her on a reconnaissance venture and brought her back to receive judgement.” High Finley said.

The girl’s eyes were bloodshot with tears. Her whimpers were heard through the cloth that was covering her mouth.

“Judgement?” Arlo whispered out despite himself.

“This young girl has magic in her blood.” High Finley continued. High council member Finley would likely be the next Faery King. “As we all know, humans are not permitted magic. She cannot continue.”

“She has seen the realm, she already knows too much,” High Asher added.

“We cannot have our world exposed to the humans, and we cannot have magic running amuck.” High Finley continued. “She must be executed.”

The muffled scream of the young girl pierced Arlo’s ears. He no longer could control his actions. He stood silently and cleared his throat. The council all looked at him with confusion, high mages never spoke during council meetings. They were there to document, that was all.

“Please excuse my interruption high council. But, it appears to me this child was brought here, she didn’t find this place on her own.”

“What is your point, mage?” High Finley asked.

Arlo looked at the young girl who’s brown eyes were fixed on him now. He took a deep breath in before continuing. “Could we not hide her away here in the realm, her kind don’t live long as is. She doesn’t have to die, does she? It’s not her fault she was born with magic.”

“Sit down, mage!” High Asher ordered. “And remember your place in these meetings.”

Arlo clenched his jaw tightly, but found his seat once again.

“Humans are a danger to our very existence.” High Asher urged. “And a human in possession of magic cannot be allowed to continue, she must be extinguished.”

“So the decision has been made.” High Mara said, lounging in her seat. “High Finley, set the time so we can all go back to our homes at this hour.”

“It will happen at morning light.” High Finley said standing to his feet before leaving the room. “Take the girl away.”

The girl screamed and cried more as the hunter came back, grabbing her up and carrying her back to the cellars.

Arlo could hear her cries all the way down the tunnel as he sat unmoving from his seat. He had never seen a human before, and he had never expected them to look so small and fragile.

“Arlo.” his name beckoned him to look up at the council member seated directly below him. Her bright lavender eyes bore into him like stone.

“High Mara.” He said quietly, staring down at her feet.

“Remember your place, mage.” She said before fleeting off towards the exit.

Arlo could barely hear her words, because the child’s screams were still echoing over and over again in his mind. He stood up finally and walked briskly to the outskirts of the council chambers.

The brown cloaked faery was walking away from a large iron door.

“Caedmon!” Arlo yelled after the hunter.

The faery stopped and looked towards Arlo whose wings were fluttering now as he picked up speed.

“You found the child?” Arlo questioned.

Caedmon eyed Arlo up and down. “I believe that was already established high mage.”

Arlo bit the inside of his cheek. “She’s so small.”

“Children are small high mage.” Caedmon gave him a curt bow with his head before walking away.

The hunter bristled and looked back. “It’s late, high mage. And I haven’t slept in days. Please excuse me from your presence.”

Arlo bit at his lip and fiddled with the end of his soft robes. “She shouldn’t have to die.” He whispered.

“We don’t make those decisions, high mage. We just execute the orders.” The hunter turned from him again and in an instant he was gone, flying high above Arlo towards the outer rim.

Arlo walked slowly back to his home in the interior, Myrius on his heels. He stopped at his wooden door. “Go back to the monastery Myrius. I have no more use for you this night.”

Arlo undressed slowly, he could still hear the girls cries in his ears, ringing and giving him a headache. He sat down on his bed, his eyes fixed on the floor below him. He wasn’t sure he had control of his body anymore. He was moving without his mind catching up. Before he knew it he was dressed in robes and was once again outside, in the crisp night air. He didn’t know where his wings were taking him until he was outside the door where he had accosted Caedmon. The entrance to the cellars below the high council.

He stared at the large door for what felt like years before finally lifting his hand slowly as the lock clicked for him. His slender fingers touched the cold iron. His breath was coming in short spurts.

“She shouldn’t have to die.” He whispered quietly to himself before he opened the heavy iron door. 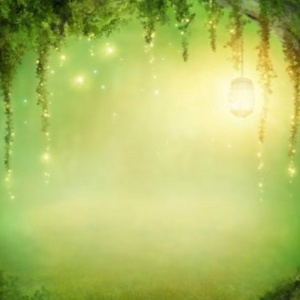 The beginning of the story. If you happened to see this story already on a different page, fear not. It was moved over because it contains more adult themes.

Anyways, I hope you enjoy Outside the Realm and please subscribe. :) 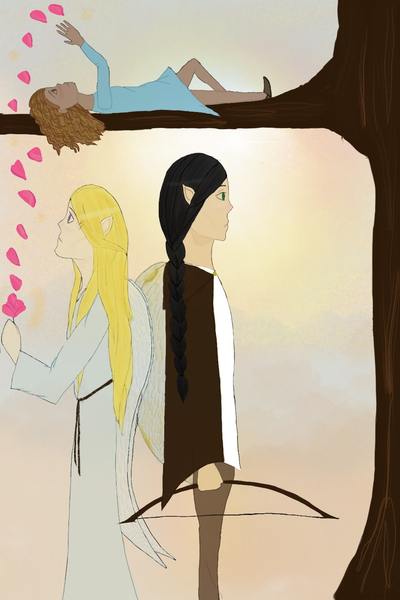 Arlo is a high mage anxious to work his way up in the realm. Caedmon is the scum of the faery realm, but a gifted hunter. Their paths cross once again as they fight to get a human with magic to safety. Will their past history hinder or help the journey ahead of them?
Subscribe 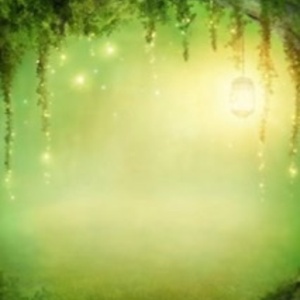