The Kingdom of Nalabar was small, the smallest nation on the continent, but they were fiercely proud. They were famous for two things: fish and masonry. Their castles were chiseled out of the hard stones along the shoreline. Annabelle had been raised in the largest of the black stone castles.

Annabelle was the youngest child of King Alfred and her mother had died birthing her. That meant she was raised with all men, her father, and four older brothers. Her father did his best to provide her with tutors that could smooth her rough edges, but they could only do so much. To the exasperation of her father and those in the court, she became headstrong and outspoken.

But arguments abounded where Anabelle wanted to do something, and her father would not allow it. The most peaceful time around the castle was once a year in the fall when Annabelle was shipped off to the Empire of Fairspell for their annual ball.

The ball was some silly contrivance of the Empress who thought that it would be the best way to introduce her two sons to the continent’s other royalty so they could find a suitable princess to marry. It had already worked for the younger son, Prince Edmund, who was now engaged to Princess Katarina of Volski. Volski was the second-largest kingdom to Fairspell so the match was not only beneficial to the couple who actually seemed to like each other, but also to the kingdoms who now had a stronger alliance.

Annabelle stood in a highly uncomfortable, bright green dress, waiting for her turn to be announced at the ball. Dressmakers always chose green dresses for her ‘to match the green of her eyes’. She hated green, even if it was her eye color. She much preferred herself in blue, but her family dressmakers never listened to her.

A stunning blond woman in a red gown stepped away from the other waiting noblewomen and descended the great stairs. The other unannounced began to whisper around her. Lady Antoinette was not a princess, but a high born of Fairspell and the rumored favorite of the Crown Prince Caspian. With a strong alliance already in place with Edmund and Katarina, Caspian was freer to choose whomever he wanted so she need not be a princess.

Annabelle stifled a yawn. She did not get along with most of the other princesses as they were wary of her reputation as a social pariah.

Add to that her small and practically powerless kingdom, befriending her meant she could provide no value as a social connection.

She was so low in social standing, all the Princesses and even the Ladies of Fairspell were announced before her. Most years, Anabelle was announced last.

Finally. Anabelle descended the grand stairs. No one looked up from what they were doing, the ball was already in full swing. Annabelle ignored everyone back, the only person she cared to see was already making his way toward her.

Lord Trent was a young man who had just inherited his title two years back when his father died. He was handsome and popular, but at the ball, all the ladies were preoccupied with the Princes. Anabelle had met him just after he claimed his title and the two quickly realized there was an advantage to being unnoticed – you could get into all kinds of mischief without being caught.

Anabelle held her hand out to Trent and he kissed it.

“Princess Anabelle, you look lovely tonight. That is certainly a… bright dress.”

“It’s awful, isn’t it? I asked for a blue one, but they always insist on green.”

“Well regardless, you still look lovely. “

“Thank you. I missed you, Trent. Your letters have been a source of escape for me.”

Anabelle took Trent’s arm as they casually walked toward the balcony.

“I’m sorry to hear your father remains unmovable. I imagine it is a great source of frustration.”

Trent was referring to her father’s disapproval of her leaving to go to University. Nalabar was the only country on the continent that had no formal education in place for women, so Anabelle wished to move to Fairspell and learn at the university, which taught both men and women. But her father refused to offer any financial assistance, much less approve of her moving out of the country. The only way she was going to leave was if she got married.

Lady Clarice was a soft-spoken Lady of House Beck, a respectable house of high status, that Anabelle and Trent had met last year at the ball. Over the next twelve months Trent had grown quite fond Clarice and a month ago had written Anabelle that he planned to propose.

“No, she sent her younger sister to represent the house instead so she could stay home and care for her mother. Her mother is suffering from a chill just now.”

Anabelle nodded. She did not say anything, but she could tell this was a relief for Trent. Because he had not formally proposed to Clarice yet, she was still considered eligible for the Prince to choose. Even if there was a slim chance of that happening, there was still a chance and he would obviously worry.

“Are you still waiting for the ring?”

“It has to be perfect. I know exactly what she wants, and I’ve told the jeweler a million times and he keeps getting it wrong.”

“Well, why don’t you use whatever he makes next to propose, and if it isn’t perfect for her, she can go with you and make the changes. Perhaps the second point of view can help the jeweler understand.”

“That’s a good idea. Then at least I’ll know she is spoken for at last.”

Then that prince can keep his beady eyes away, Anabelle thought. The Prince Caspian of Fairspell was already absurdly wealthy and powerful, it was completely unfair that he exceptionally good looking as well with dark hair and sharp features. Because of this, the women of both the court and other countries were expected to fall at his feet. The thought made Anabelle sick.

Trent and Anabelle reached the balcony. There were only two other people out there, Ladies who were probably also disinterested in the snobbish Prince.

The announcement went around that the Princes would begin dancing with their chosen partners. Obviously, Edmund would be dancing with Katarina, but the oldest Caspian would make a list of four or five ladies he was interested in and dance with them. As expected, Caspian started by dancing with Antoinette.

Anabelle had never made the list so while everyone crowded in the ballroom, Trent and Annabelle took the time to sneak away from the party.

Further down the balcony was another door to the conservatory. From the conservatory, they could enter the hall to the back staircase. Up the staircase was the main wing of bedrooms. Every year Trent and Anabelle explored more of the immense Palace.

“Do you remember where we left off?” Trent asked.

“Fifth door on the left.”

The went to the door and found it was surprisingly locked. All the other doors in the hall had been open, even the ones that were obviously lived in. Trent and Anabelle looked at each other in surprise.

“Perhaps the room next to it connects?” Trent suggested.

Anabelle nodded and they tried the next door. It was unlocked. The room was a parlor but decorated differently from the others they had seen. This had soft, pastel colors and the shelves had what appeared to be children’s toys on them.

Anabelle found the connecting door to the locked bedroom, but it too was locked.

“This must be Princess Beth’s room.”

A Princess? Anabelle did not know Fairspell had a princess.

“Princess Beth was the youngest child. She died of pneumonia when she was only five. The Royal Family never mentions her, and it is an unspoken rule that you cannot bring her up around them. Once a year on the anniversary of her death they light fireworks, they were her favorite. But other than that, pretend she never existed.”

Ah, that was why Annabelle did not know about the princess.

“I guess we should continue on then,” Annabelle said turning and leaving. Trent followed.

There was another bedroom then the hall turned. The first door beyond the turn was a library. Emmaline gasped at the number of books there. Easily three times as many than there were at her family castle.

“Quite a collection. The only one larger is the one at the University,” Trent explained.

Annabelle nodded. She walked to a shelf and began reading the titles. Trent suddenly exclaimed – “Ah-ha!”

Annabelle turned and saw him standing next to a table with glasses and a bottle. The label on the bottle was for a well-known bourbon company. Their products were unbelievably delicious and unbelievably expensive.

Trent poured himself a glass.

“What,” he shrugged, “no one ever finds us and even still I doubt they would care if we had a taste.”

“A glass is more than a taste,” Anabelle folded her arms. Trent poured a second glass and held it out to her. She scrunched her face up in feigned disgust. Princesses were not supposed to drink hard liquor, only wines and champaigns were socially acceptable. But Anabelle often did when no one was looking. So, she sighed and took the glass.

As soon as she took a sip of the lovely golden liquid, someone spoke from the doorway.

“Do you have any idea how expensive that is?”

Anabelle almost choked. Standing in the doorway was Prince Caspian. 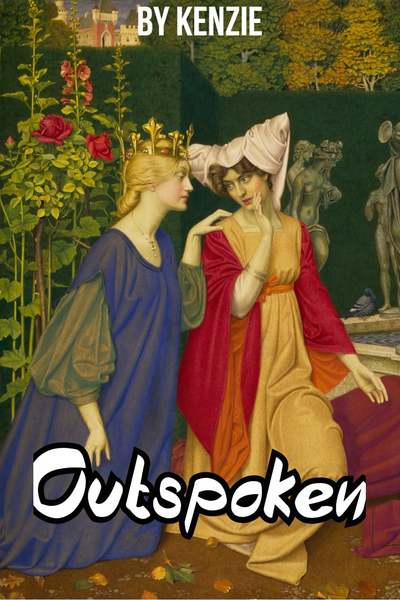 Annabelle is the rambunctious youngest child of the king of Nalabar and the only girl in her family. Growing up will men has made her a bit... outspoken. Even those below her status tend to look down on her because of it.
Every year she visits the Empire of Fairspell, the strongest Kingdom on the continent, to attend a royal ball meant to introduce the sons of the Empire to eligible princesses. Annabelle often spends the ball getting into mischief until one year the Crown Prince suddenly chooses her as his future bride.
Subscribe 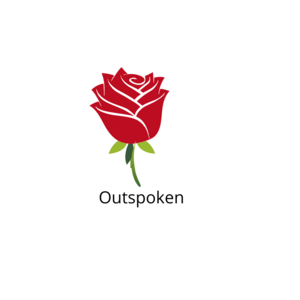