Path of the Lilies

“Dad, what’s that?” a young girl around six years old tugged on her father’s clothes. Her dark black hair fluttered along with the wind. Even though her clothes were disheveled and looked rather worn out, one look was all they needed to see that this young girl was really cute.

A man stood beside the girl, protecting the girl carefully. He has similar features with the girl except his eyes was blue-green rather than green like the girl. The man patted the girl’s head tenderly.

“Jiao’er, that’s the place for the test.”

The young girl, Ye Jiao, looked at her father with a worried expression. “But Dad…”

“There’s no need to worry,” The man picked up his daughter carefully and let her rest on his arm. He smiled tenderly. “Whatever happens, you have my back.”

Ye Jiao’s brows knitted in worry, but she nodded her head. Snuggled in her father’s embrace, she hid her cute face from other people’s line of sight. Her small hand clutched her father’s clothes closely.

The man, Ye Xiao, patted his daughter’s back. Even though he didn’t like this arrangement, every six-years-old-child has to undergo the test. It was the rule for their country to determine who has the talent or not. Slowly, he made his way to the hall where numerous children and their parents were already inside.

The test was relatively easy as it was hard for children to do anything complicated. All they have to do is put their hand on the surface of the large stone in the middle of the room. It would naturally calculate the talent they have and show it based on the color. It started from red, orange, yellow, green, light blue, blue, and purple, with purple being the best.

Ye Xiao stopped near the circle. Parents were not allowed to get inside and aid their children because it was all up to their children.

The voice made Ye Xiao instinctively hold his daughter tighter. Even though Ye Jiao didn’t know what happened, she could feel her father’s body tensed up. Her small hands clutched her father’s clothes tighter, trying to tell her father that she would be fine.

Ye Xiao turned his glance to the side. He saw a man in his mid-thirties standing not far from him. The man has natural disposition of a leader. He had a good appearance with a long beard under his chin, which he caressed slowly using his finger. His large built and specially made clothes made people understand that this was not a man they could offend. He held a high position in this kingdom.

He forced his emotions to calm down. “It has been some time, General Wei Shang.”

We Shang smiled, yet there was no mirth in his eyes. “Your daughter has just turned 6 years old? What a coincidence, my daughter too.”

The mockery in Wei Shang’s tone was exceptionally clear. He completely disregarded Ye Xiao because he knew that this man didn’t have the qualification to defeat him. Be it power or influence, Wei Shang was far above Ye Xiao.

“I see,” Ye Xiao replied in an unhurried tone.

Wei Shang’s gaze turned to look at the young girl in Ye Xiao’s arms. “Is there any need to test her again? Everyone here knows that she’s just a cripple, a trash that will never be able to learn the arts.”

“Watch what you say!” Ye Xiao blurted out. He glared back at Wei Shang as ripples started to appear around his body, indicating that he was close to using his power.

Wei Shang sneered. “Ye Xiao, Ye Xiao, you might have been a great genius seven years ago, but now you’re nothing more than a weakling. You have wasted your time and potential. The current you is not worth anything.”

Ye Xiao didn’t reply anymore. He put Ye Jiao down with his back facing Wei Shang. Someone like this disgusted him too much that he didn’t want to taint his daughter’s eyes. It would be better for her to never see him.

The young girl noticed her father’s worry in her. Ye Jiao stretched up her arm and put on a bright smile on her face. “Don’t worry, Dad. I will return back soon.”

With that, Ye Jiao turned around and headed to the circle. She lined up at the very back of the line, allowing the other children to have their tests before her. Her eyes were looking at her arm with hope that this test would change her fate.

Wei Shang shook his head. “You should just kill that girl. Because of her, your wife left you. A genius producing a trash, what a disgrace.”

“Don’t spout nonsense, Wei Shang,” Ye Xiao’s eyes glinted with ruthlessness. Even if he was weaker than this man, he didn’t want to back down. No matter what other people said, he would never abandon his daughter.

“You don’t have the qualification to call my name directly, Ye Xiao,” Wei Shang’s aura grew fiercer. His eyes locked straight onto the insolent man in front of him. “I’ll let you go this time because you’re my disgusting brother-in-law, but if you dare to say my name directly again, I’ll cut off your tongue.”

Ye Xiao harrumphed and looked at the children. A young girl with cute features was standing in the middle, getting ready to be tested. Her dark brown hair fluttered along as she walked to the center. Her small hand was placed on the stone while the man by the side waited for the reaction.

Hearing the man’s claim, Ye Xiao frowned. His eyes didn’t move as he watched the stone started to shine in blue, a very familiar color to him. The blue color looked exceptionally beautiful as it enveloped the entire hall with its color, showing the large potential she has.

“Oh, she’s just slightly lower than you,” Wei Shang rubbed his chin. “But as expected of my children, they’re all amazing unlike a certain someone who produces someone even worse than him.”

“Amazing!” one of the people exclaimed.

His friend nodded. “It seems that the Wei Family has produced another genius.”

Many people gave compliments to the young girl. Other children were also looking at the girl with admiration. It was rare for them to produce such a good result, so they knew that this girl must have great potential.

Ye Xiao ignored the man beside him as other children started being tested. The majority of them only have orange or yellow color. Occasionally green color would appear, but those who could reach light blue or blue color like Wei Shang’s daughter was exceptionally rare.

At the back, Ye Jiao waited patiently for the students to end their test. Some of them had gone home while some others were watching the children testing their potential one by one.

Ye Jiao noticed that she was the last one. Her hand trembled a bit as she placed it on the stone, which felt a bit cold at touch. Faint energy was emitted from the stone. Ye Jiao’s eyes watched as the energy in the stone entered her body bit by bit, but there was no change in the stone.

No light emitted at all.

It was known that if the stone didn’t give any reaction, it meant that the kid couldn’t use the energy at all, or in other words: trash. 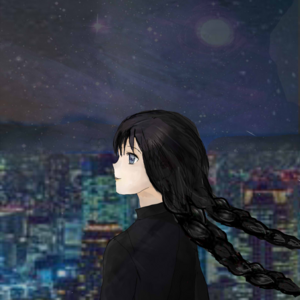 Hello, thank you for reading! 😄 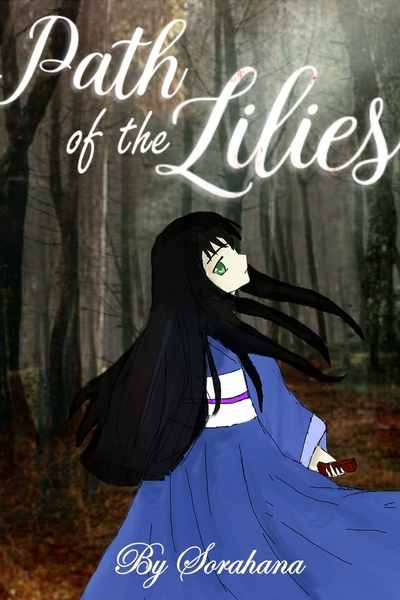 Path of the Lilies

Ever since she was a child, Ye Jiao was treated as trash in Chen Kingdom. Suffering from countless beatings and endless humiliation, Ye Jiao endured the harsh life without being able to do anything. Only a rare few cared for her and showed her warmth in this cruel world.
But the Heavens didn’t give her the chance to live peacefully.
It took the little things she had and pushed her over the edge into the bottomless abyss. Filled with despair and sadness, she had to hide and bide her time as a lot of people wished for her death.

“I have lost everything; you can’t take anything else from me. But I will gain much from this in my path as Eon Energy Master---I’ll not give up and someday, I’ll reach the peak.”

Her small hand plucked the stem of the white lily flower and gripped it tight, with determination flashing across her eyes. Trash? Her small lips curved up, tinged in mockery.
Even if everyone around her wished to kill her, she would never give up.
She will show them who the real trash was and become the greatest genius in the world!
Even if the entire world was against her, she would not cower.
She will reach the peak. 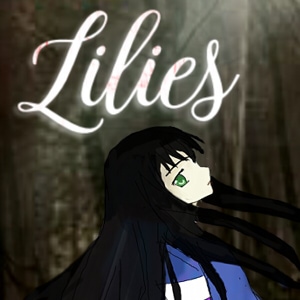