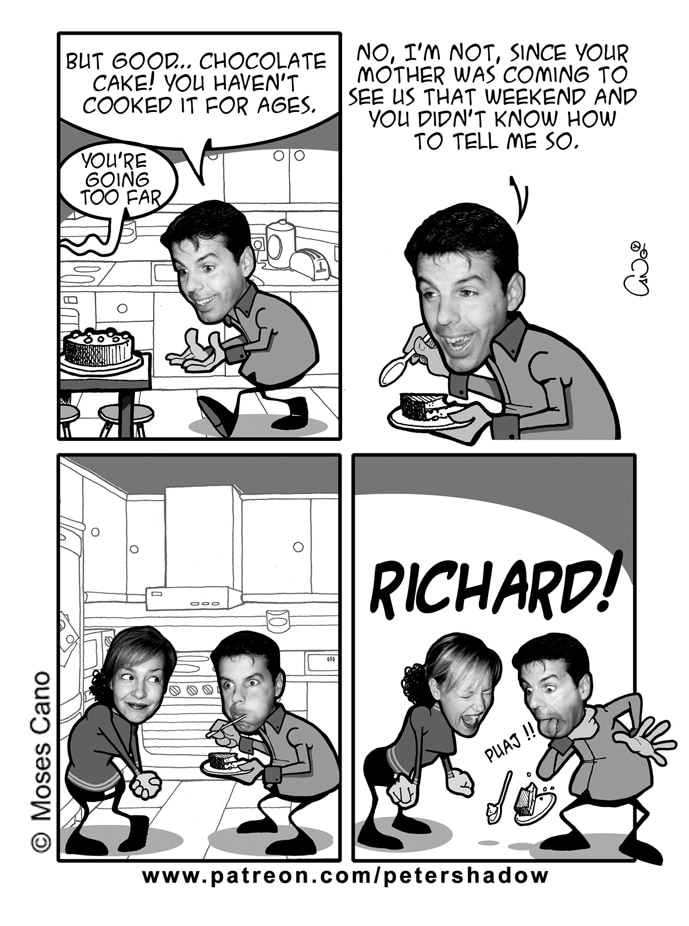 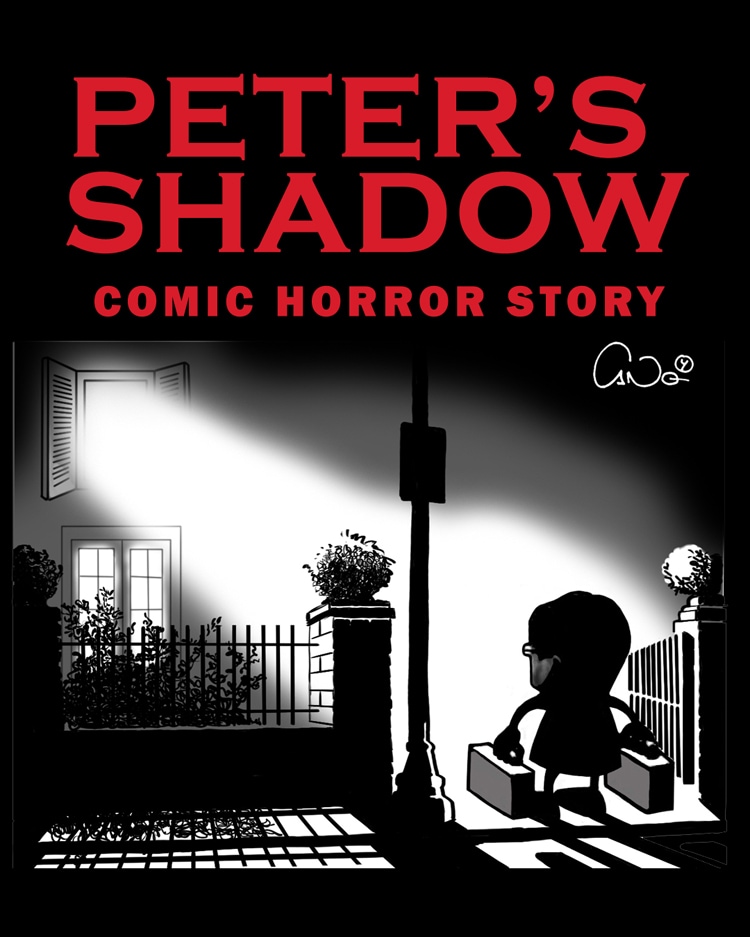 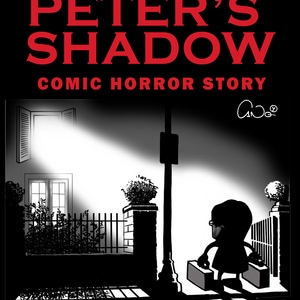 Richard: That’s me there. Well, actually no. That guy in the picture is what is left of me. I used to be a friendly, upbeat guy that had more hair and ... I even think I was a little taller. The relationship with my girlfriend’s mother is going through, shall we say, a "delicate moment". But it has not always been so, not always. Once, five years ago, we were very happy, but indeed we did not know each other then. 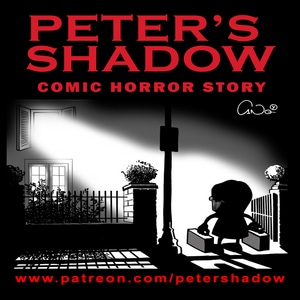 Richard’s life could not be better: a good job, a beautiful girlfriend and many future plans. But all these plans are complicated by an unexpected visit from his girlfriend's Mercedes’s mother, Anne-Marie, who has come by with a well hidden objective... that Mercedes dates her lifelong boyfriend Peter again. Mercedes had left him at the altar four years back when she realized that she was not in love with him. And Peter, by the way … has now become a famous surgeon. Mercedes’s mother, doesn’t accept Richard, a mere worker at a supermarket in the neighbourhood.
Richard’s best friend, Ricky, a professional scoundrel, will always be thinking about the best way to earn easy money without working and planning how to get of Anne-Marie. But all his plans go wrong and always end up harming poor Richard.
Believe it or not, this is a love story: Anne-Marie loves her daughter and wants to try to get her to return to the right, according to her, track. The right track is called Peter, the ex-boyfriend. The daughter, Mercedes, loves her mother, but also loves Richard. Richard loves his girlfriend, Mercedes, and his friend Ricky... Well, we all love Ricky.
Subscribe 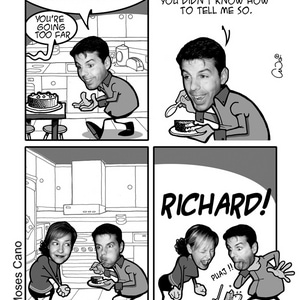