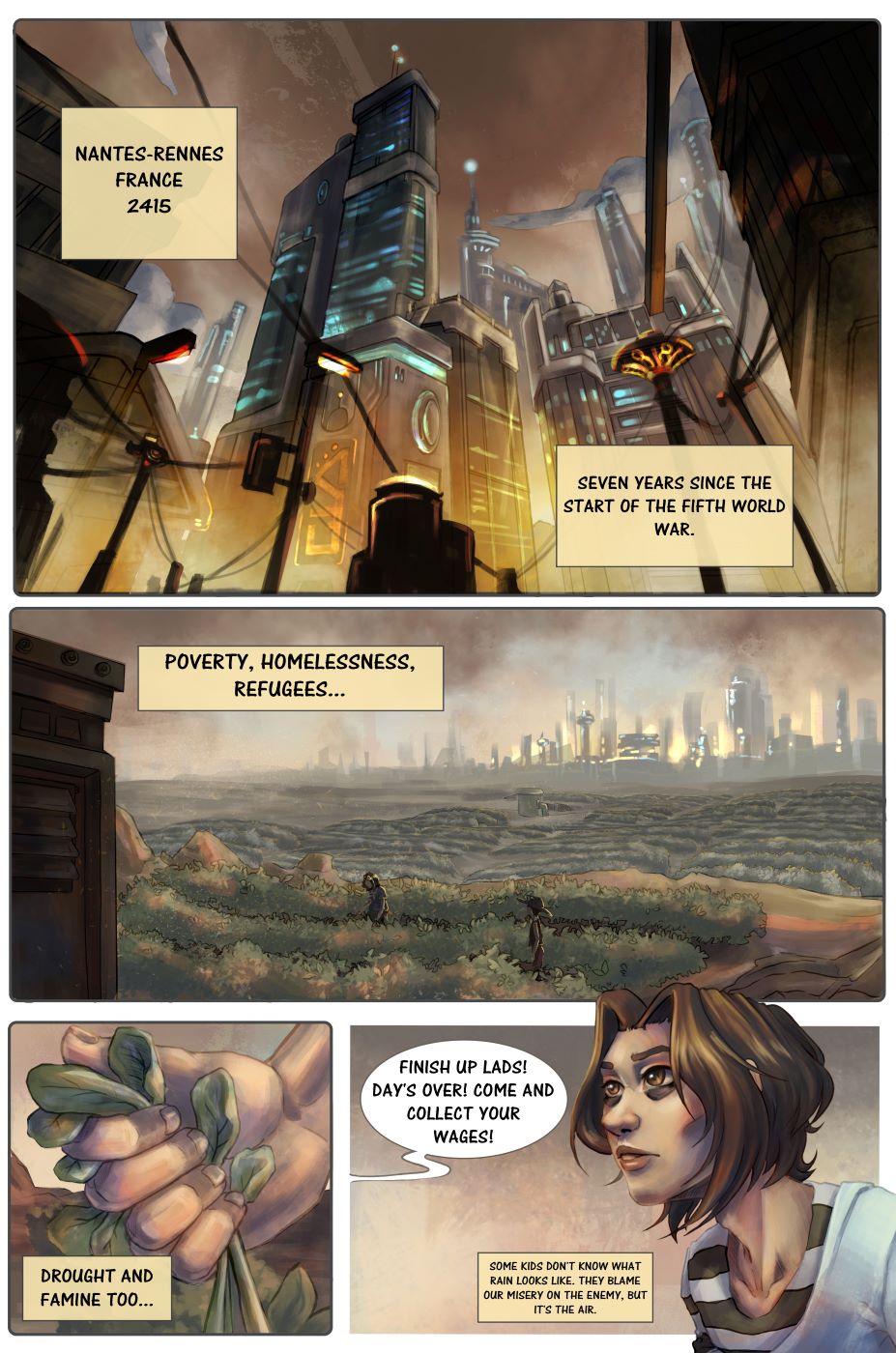 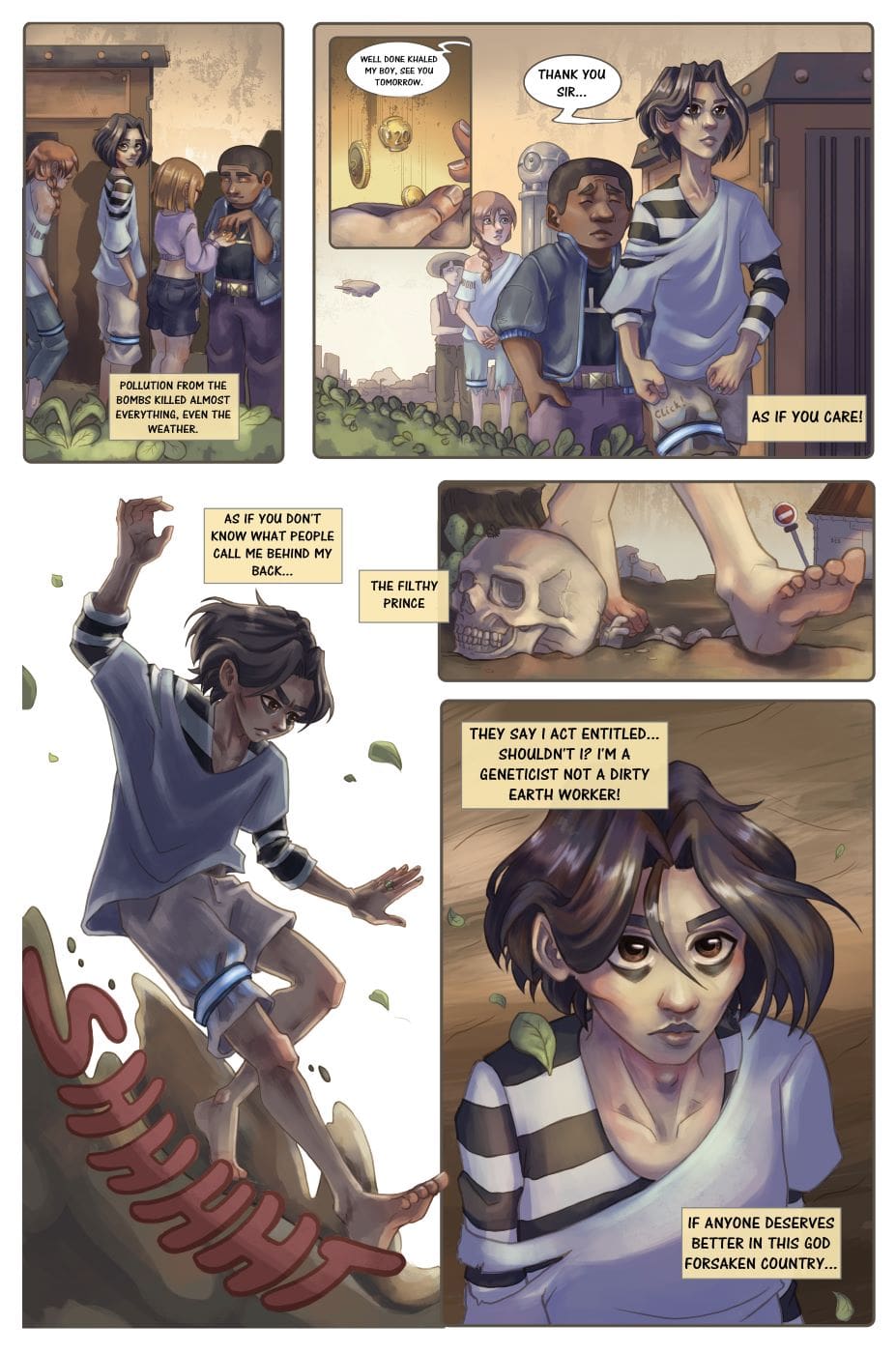 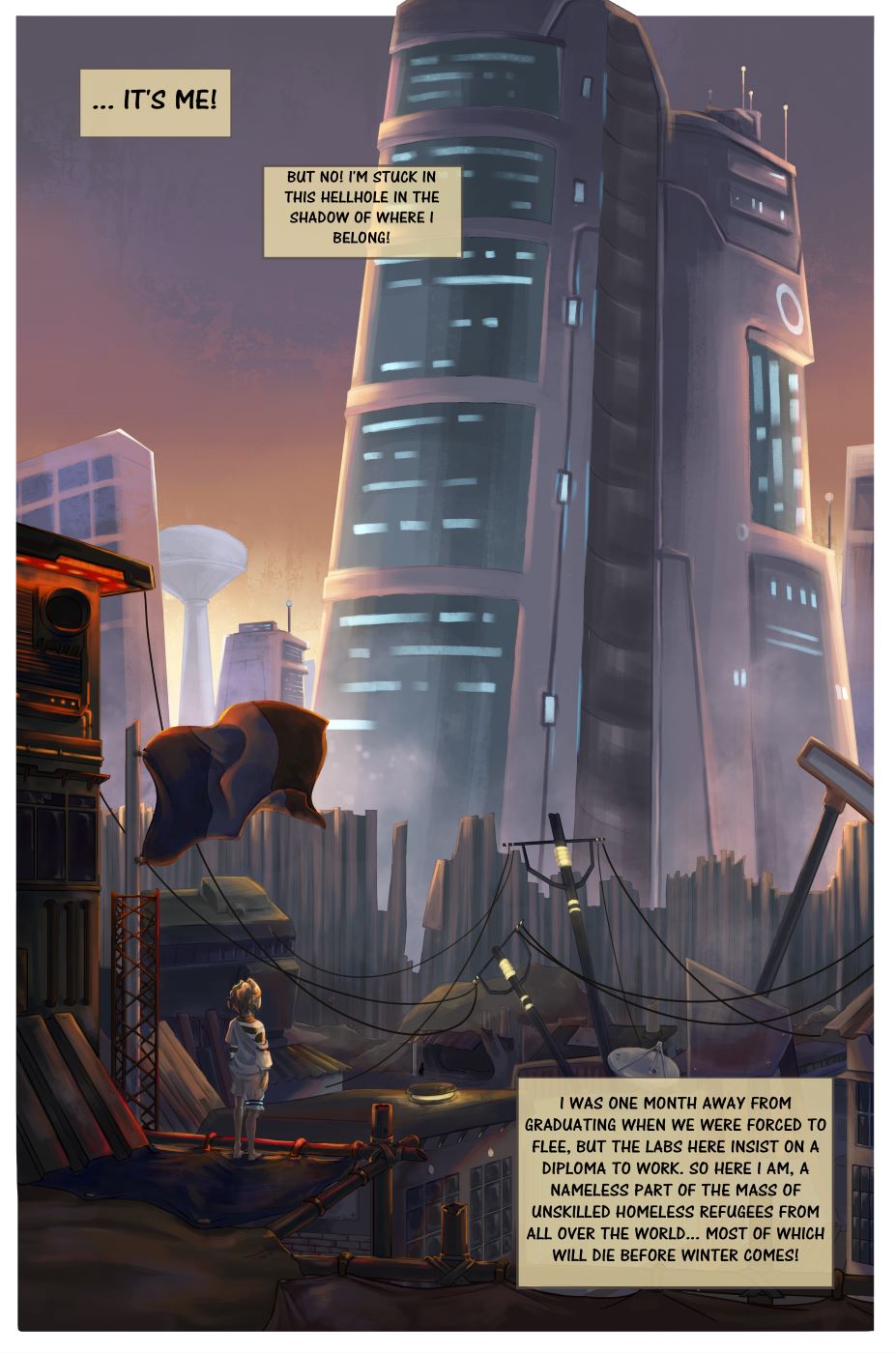 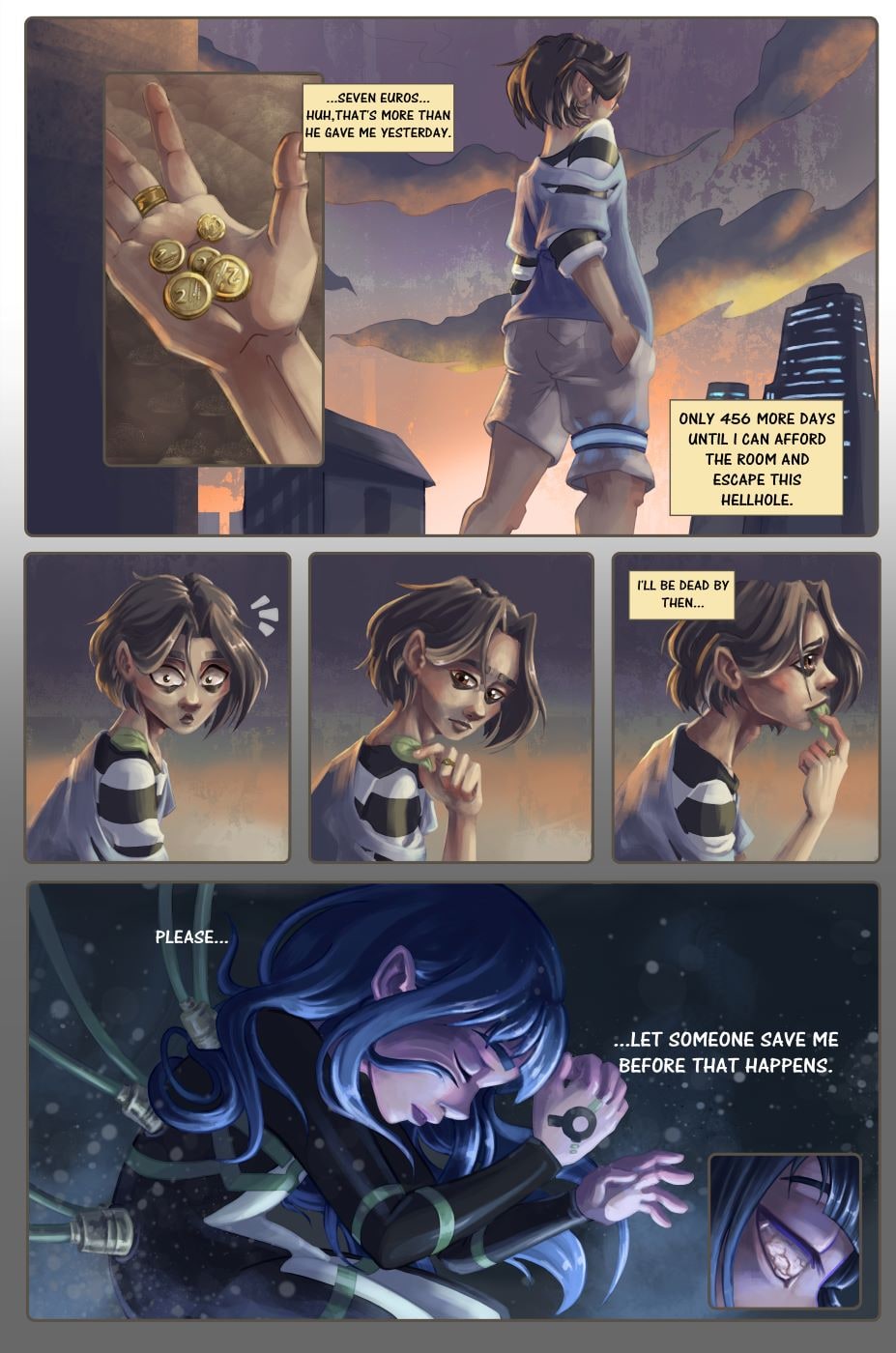 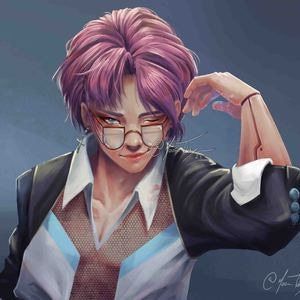 Thank you for reading, you can support me and get updates here ~
Patreon: https://www.patreon.com/moontokkym
Instagram: https://www.instagram.com/moon.tokkym/

Welcome to Petrichor! Comments and critique are welcome! New pages every week on Saturday :)

I AM SO PROUD OF YOU 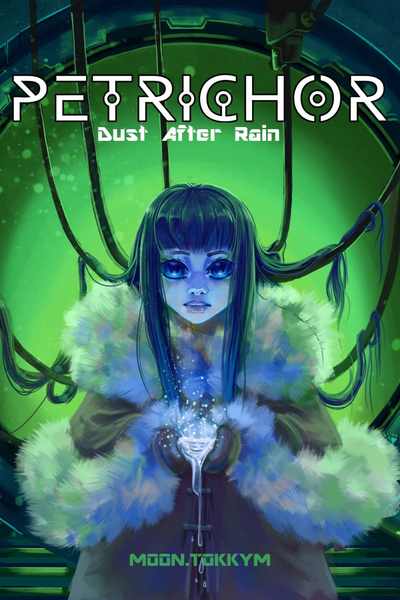 The memory of rain is preciously rare in 2415. Khay is one of the lucky young ones to remember storms.

Having fled the bombing of Qatar, Khay now lives in a frankentown on the outskirts of French megapole Nantes-Rennes trying to survive as a refugee. While the war that robbed the world of water roars on, they meet Alice, a strange girl with alien eyes and a lot of enemies. Helping her escape capture proves to be the first step in blowing the cover of a government conspiracy on a massive scale.

This comic is full colour in a lineless, painting style, so for my sanity after the intro there will be 1 page publishing per week. Thank you for your patience while I wade through this beast I've started!
Subscribe 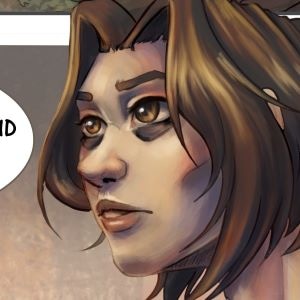