Mr. And Mrs. Blaze, of Hakone city, were proud to say that they were perfectly normal, thank you very much. They were the last people you’d expect to be involved in something shady or mysterious. However, they were only regarded normal in the Pokemon world, not in COVID stricken world like ours.

Mr. Arron Blaze was the senior executive officer on a famous mail company that sends postcards, documents, letters from and to, all around the Kanto region. Mrs. Cerlin Blaze was a housewife completely busy taking care of 2 wonderful kids, Axel and Athena Blaze.

Our Protagonist, Axel Blaze who was going to be 13 years old tomorrow was excitedly staring at the blue sky, sleeping on nicely maintained mown grass. Axel was a reincarnated person who died of a car accident on the earth at the age of 28. He had so much to do in his life, much to achieve, but he couldn’t because of that dreadful day. “Maybe that is why I was reincarnated”, he thought. He always believed in karma and the afterlife and thought that his reincarnation was due to his unfulfilled desires in the previous world. “Tomorrow will be the beginning of my grand journey. This time before I die, I will be fulfilling all my desires.“, he said to himself.

The Pokemon world portrayed in anime and now in real life is completely different. Of course, the basics are the same but the anime was made for kids, so some real-life things which connected those dots were not expressed. Like, Pokemon trainers don’t start the journey until they are 13 years old. Whose parents will let their kids run in the wild when they are just 10 years old? The age of 13 was also pretty early, but in the Pokemon world, a person’s body gets stronger and bigger pretty fast. Normal people in the pokemon world are vastly stronger than that of the earth. They could resist a couple of hits from pokemon without getting seriously injured and also grow faster too. Normally, people in the pokemon world who are 13 years of age are quite similar to the people who are 16 years on Earth.

Axel loves to stare at the sky in the afternoon. It was never too hot in Hakone city as 2 sides of the city were painted with sea and it gets chilly at night. It snows in the winter, so it is a very cold place. Suddenly, the clear sky started to darken with heavy black clouds. “Son, come inside. It is already time for an afternoon snack, and close the windows of the bedroom too, it’s going to rain” shouted Mrs. Cerlin. “Ok mom.“, replied Axel. “Sigh, I would have to go back now. But I promise myself I will touch that cloud with my own Charizard one day”, He shouted to the sky. Yes, His favorite pokemon was Charizard. In his previous reincarnation when he was on the earth, he had watched the 1st season of pokemon, and his favorite pokemon had always been Charizard. Now he hoped, he would train a powerful Charizard one day.

Axel closed the door tightly as instructed by his mother and did the same for his bedroom upstairs. He came down and saw his mother and little sister already serving tea and bread with Pidgey roast meat. His favorite dish was scrambled eggs on the earth, but apparently, you couldn’t eat eggs of pokemon in the pokemon world, as it is considered illegal. You could eat the meat of pokemon that are fertile and reproduce more in numbers, like Pidgey in the Kanto region. But eating eggs is considered very cruel. “So, how are you feeling about tomorrow, Axel ?“, asked Mrs. Cerlin. “You must be excited to get your official pokemon. I remember being very nervous that I didn’t sleep the whole night. You always wanted a Charizard, do you think that you will luck out tomorrow? ” “Even if I am very lucky tomorrow, I wouldn’t want a Charmander tomorrow cause raising a powerful pokemon needs lots of resources. So I would only catch Charmander after I gather some money made throughout my journey.“Axel replied.

Raising Pokemon as a normal pet and for battle are 2 different things. Raising Pokemon for the battle is very expensive and it can cost more than millions of Pokedollars for it to raise very effectively. Of course, normal trainers couldn’t afford that amount of cost, so they raise their pokemon with only very basic poke food which hinders its growth. Mrs. Cerlin felt very ashamed thinking that they cannot support Axel financially as they are from a middle-class family. But she also knows, that her son doesn’t want the help and wants to try his level best. “Mhhh… Ok, you have thought about it practically. I think, gulp… that is what you think starring at the sky all day.” said Mrs. Cerlin chewing her roasted Pidgey.“Alright, wash your plates and then you can pack your bags for tomorrow.” “I have more than 12 hours for that.“Said Axel. “No!! You will do it now. You must recheck your things tomorrow”, glared Mrs. Cerlin. “Mom, Let it be. I want to talk to bro before he goes tomorrow” said Athena supporting her brother. Looking at both her kids, she doesn’t know what to do. “Ok. But you must do it in the evening.”

Axel talked to his sister and father who came in the evening after work and told his plans for tomorrow. His unmarried uncle who is way older for marriageable age was also listening to Axel rant on and on, on his wheelchair. His uncle went through an accident when he was a youth. After a hearty dinner, Axel went to bed to sleep early. People normally can’t sleep when they are about to start a pokemon journey, but Axel was the opposite. When he closed his eyes, he slept after 5 minutes. But not before he looked at his system named Cosmic system. 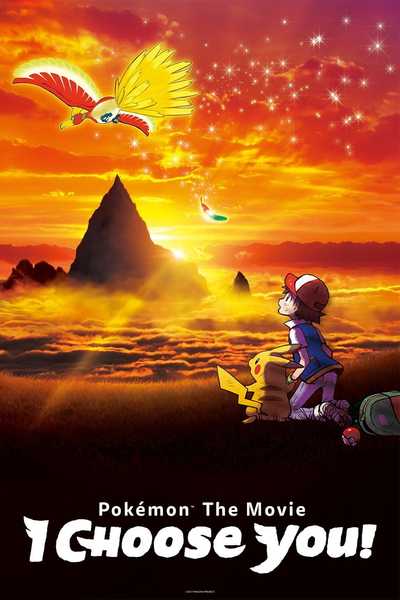 There is a huge gap between the story of anime and the realistic story of Pokemon. This light novel closes that gap and gives the viewers a believable and exciting story with lots of adventure.
Follow our protagonist Axel Blaze, a reincarnated person. With his knowledge of the previous Pokemon world, he hopes to dominate the world. But after he realizes how very wrong he was.

This novel has a system, just to make things fun, the story is not focused on it though.
"Success is like being pregnant, everyone says congratulations but nobody knows ow many times you were fucked"
So this novel tells the story of Axel blaze but all points of hidden difficulty he has to face to get it to there.

Disclaimer: This is a fanfiction novel. So, the basics of the Pokemon world are not created by me. It belongs to "The Pokémon company".
Subscribe 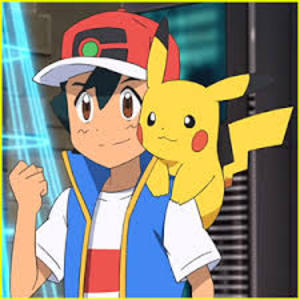