When Mira arrived to Portland she was just a girl in desperate need of a place where they tolerate cats and occasional supernatural events.

Now that she had that place, a shop even, she found herself wanting more. Especially on that dreadful day... Valentine's.

Mira spent the whole day in, trapped in her own home. Usually the morning went by quickly while foraging ingredients or shopping for crafting materials. Now the streets were filled with couples just wandering around.

It was a loud day too. Her phone kept on ringing: orders for love potions, voodoo dolls and ointments for broken hearts were through the roof.

"I don't sell those" she groaned, hanging up the phone.

She never actively hid her magic. Mainly because when people saw there's a witch's shop they just assumed it's a crystal/meditation/naturist themed corner where they can buy handmade jewelry and cool herbal tea. It really was that, in a way. A backroom homed the more serious work, for when folks needed an in person consultation about a spell they wanted.

"People are just more open to this bull crap when they desperately want something and don't know how to attain it. They come to you, Mira, the witch for hire."

She talked to her reflection as she applied her makeup. Messily, just some gold and red to frame her green eyes. Most days it had more of a war paint look, but today she was more careful. It felt nice to look nice. After all, she needed all of her confidence on this dreadful day.

Wreath of autumn from the bright red sea, braids like sisters, mote it be.

Her hair began to float and locks of auburn hair danced around like a ghost was moving them. The work was done in a minute. From the nape of her neck down to her collarbone there were two braids, like carrots. Simple craft.

The day went by, maybe it would count adventurous for a non-magical, but for her it was just the usual: brewing, cleaning, taking care of the cats... She decided to close the shop for the day, somewhat as a protest against the capitalist nature of the occasion. Later she would go out again to collect the neglected flower. The sad memory of rejection was a key ingredient in many healing spells.

It was already 10 pm when Mira decided she had enough ice-cream and "V-day specials" and got up from her TV to check her emails, see if there was anything needed to be prepared for the next day. Aster all, she was still running a business.

"Hey, how is the web shop going?" Through the window came Imani, her flatmate. With a beaming smile, still carrying the smoky air of a nearby rave she walked around their living room, looking for her keys and money. Mira has gotten used to it, how the girl bounced around at night, only to crash into her room for the whole next day.

"Pretty busy, actually. The medallions sell like candy. I will have to make another batch."

"You spent the whole day in?"

"I don't really have anyone to go out with."

"And you will never have if you continue to stay in like a hermit."

Imani didn't wait for an answer, just grabbed her leather jacket and a wide brimmed hat and crawled back outside through the window. The golden beads on her cornrows jingled sweetly as she moved. Even when she was in silence there was music around her.

"Get back before sunrise" Mira whispered, as of a warning, though she knew Imani was well aware of the curse that was tainting her immortal days.

"Get some." Imani then disappeared into the night, leaving Mira to her emails.

There was silence. Even loneliness. Imani was always either away or sleeping. Party there, recover here. Not really the companion type.

There was a crave of something new, something that would warm Mira up. She was sick of feeling like her heart was turning into the back of their old, rusty fridge. Collecting ice.

Magic was complicated and she barely started understanding her powers, but even like this she knew: If there is a spell, there is a way.

Shine their way in the night

And bring to me a love that's right.

With eyes closed she repeated the spell over and over again. According to rozewitch78 's post the spell also required pink and yellow candles but Mira knew she didn't need those. She hated the term, but Imani was right. She was a real witch, someone who just have to utter a few words and the universe would bend to her will. Or at least every 2 out of 5 times. It really depends on the spell.

She repeated it a few times. Imagined finding that one person she can love and cherish hard. There was no face or even a body connected to her imagination, but she had a feeling. A feeling of completely being at peace. Then, there was a knock on the door. 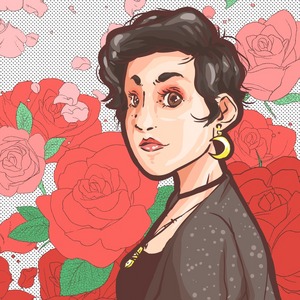 So this is how Mira's journey begins towards a hopefully happier existence. I really hope you like it, let me know your thoughts! 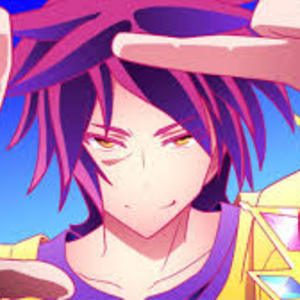 First thing to note, I love the way you described Imani. "Even when she was in silence there was music around her" a unique way to describe someone other than just stating how they looked! Also, subtle hints and notes of other things such as race are even better! And your writing style is nice! I can't wait to see how you progress! 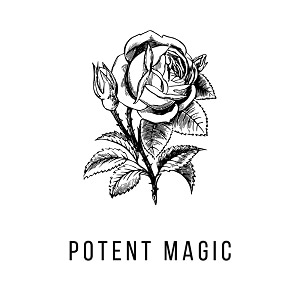 Mira is in her early 20's and she has never been in love. Truly. However, parties, mixers and dating apps aren't really her thing. So being a witch, she casts a spell to bring new love to her. But when the possible suitors and suitresses start to pour into her life, she realizes maybe love is not what was missing. 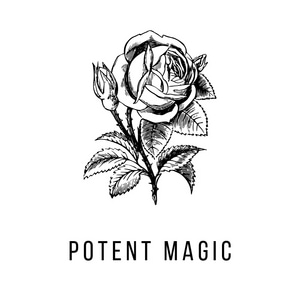