Born to REDACTED and REDACTED

I am wandering around a highschool.

The agency sent me here but never told me why. They never tell me anything. I want to run from them but they have an iron fist around my neck at this point. If they got my dad back after mom died, who knows what they would do to the lovechild of the serum they created.

At least the dress they gave me is pretty. Silk and organza expertly sewn to make a beautiful ballgown.

For my mothers school prom where I know no one.

Except I just recognized two faces.

One is a guy around my age, from the agency my mom was a part of. The other from the folder I was given when they kicked me out of the car.

Because they want to be the kids' savior. They want to pump him full of their new surum.

This kid has to have some crazy mind for them to want to do that to him.

But why is he here? Why is the man who hates my guts here?

Despite what they say, their organization, they aren't too different from us. Always trying to get ahead, always trying to recrute. They do it in what many say is more humane, but that's besides the point.

He is definitely watching me. I now curse the same dress that I had revealed in only a few hours.

It is bright red and striking. Beautiful on my skintone as everything seems to be, but it causes me to stand out.

Sometimes I think they're trying to get me arrested and get their fist even tighter around my neck then it already is.

I walk over to the boy. He's standing against the wall of the dance floor, sipping some punch and reading some fantasy book.

“Hey there.” My voice to him sounds like an angel. For me it's a reminder of what I am and who I belong to.

He looks up surprised that someone is talking to him, let alone a pretty girl.

“Wanna dance, pretty boy?” he looks around. He had never been called anything like that I could tell. But he reads about it I guarantee.

At this moment I feel another pair of eyes on me. Even footsteps walking towards me. Shit. shit.

Lucian is going to try to take me dancing. Which will make me lose any advantage I had.

And give him an advantage over my mind.

“Come on kid.” I take the boy's hand and pull him onto the dance floor. I move his hands to sit on my body as they should, and I rest my hands on his torso. We sway back and forth, back and forth, and I watch as Lucian does the same with a random girl standing at the punch bowl.

I doubt he was sent for anyone but me. My mothers dark shadow follows me everywhere I go. My face, my rank, my dad's sadness.

For some reason it's felt comforting all these years.

“So. what book you got there in your pocket that I tore you from?” his eyes are practically shining at how fairytale I look.

“Uhhhh. Oh. It's a political romance about a kingdom that” he keeps going on and on. That's why they sent me and why I look like this. I look like a fucking princess.

Lucians got his eyes on me. Burning holes in my bodice no doubt. Men.

“Why don't we go somewhere and you can tell me,” I lean close to his ear, “everything.”

He's helpless to my siren voice.

As we leave the ballroom, I see Lucian break from his partner and try to get lost in the crowd to follow us. I've got maybe a minute window to get out of his sight.

I make a hard turn into a classroom. It's dark, but I know it's the stop. It's got a door to the back of the school. Perfect for a murder.

God I hate myself right now. This is my fucking job but I hate every second of it.

I lead him out the door. Then backing this poor boy up against the wall. Kids about to have a dream night come true then not live long enough to truly remember the memories.

I roughly kiss him, doing everything my teachers taught me to do.

And as I guide his hand under my dress and up my thigh I get the knife, with a vile of just enough surem to resurrect him already loaded.

And before he can even take another breath from kissing me, I thrust it into the side of his ribcage. Pressing the button for the surem, and removing it with the effort of a saint damning someone to hell.

Some might say that's exactly what I just did.

I pull my phone from a pocket in the gown, calling a number I had memorized before I was speaking words.

“It's done. Come pick him up and make a scene. Princeys here to get me to convert.” I hang up and slide it back into my pocket. I slip back into the school, going back to the dance floor when I feel a familiar pair of eyes on my as I exit the shop.

“Princey? So you gave me a cute nickname? We just call you a pain in the ass my friend.” 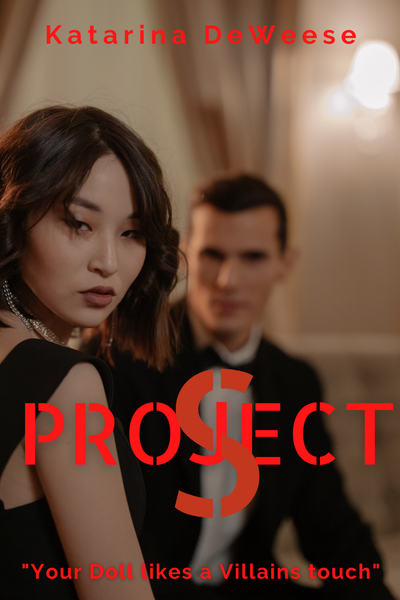 Kiera is the daughter of a Spy and a Seductress on opposing teams. Her mom, to her knowledge is dead, her father (like all spys working for the government) is cold and calculating.
Lucian is a Spy for the others, nicknamed Animals to the general public. Modern day villains that people like Kiera are suppose to take down. villains like Kiera's mother.
Kiera is at a crossroad. She could uphold what she's been raised to know, or betray it all and risk her life for the freedom Lucian promises. She could either follow her brain, which has been lied to since birth, or follow her heart, that of a simple, regular, sheltered 17 year old girl when faced by a pretty boy promising the world.
Subscribe 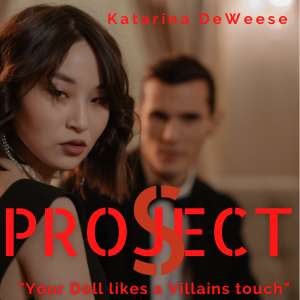