"The human mind is a vast constellation that of which we only ever get to know the tiny rock we inhabitate. Imagination, not unlike dreams, is the gateway to all those stars and worlds that would otherwise be left unexplored”.

Not my words, I'm afraid. I read that once in one of Mr. Otis' books and couldn't get it out of my head ever since. I find the phrase to be… I don’t know, inspiring?

Anyway, I should introduce myself first. People from the village call me "Rags", which would bother me if it wasn't for the fact that my real name is much dumber. I'm fourteen, and I’m a sculptor; been one for pretty much as long as I remember. But this isn't a story about sculpting. Or imagination, for that matter. It's about a treasure. A treasure of unspeakable worth. And today, I set out on a journey to find it.

As soon as the sun rose that morning in the village of Brümsgundy, my home, I got out of bed and started making preparations for my quest. But first, I had to grab a bite and give Dusty a bath. He’s a little critter we adopted. Well, we didn’t really adopt him. He showed up once inside the house and we decided he was too boney to be turned into a stew, so we just kinda kept him. I’m not sure exactly what species of rodent he is, but he isn’t a rat. Someone should tell that to the lady next door who’s constantly saying we’re “poorer than rats”. I wash him using dust (hence the name) ‘cause his fur is so thick that it can’t get wet or it'll take hours to dry him up, and he could catch a cold in the meantime. And also because our water supply was cut off months ago.

Having completed all of my chores, I changed into my adventurer outfit: a shirt made out of several potato sacks sewn together, a scarf that used to be the sleeve of one of Mr. Otis’ shirts, and some piece of yellow cloth I drew some black spots on to make it seem like it’s the pelt of an animal I hunted or something. And, just to be sure, I decided to take my trusty sculptor's chisel with me as well. If it can carve marble, it can surely put the hurt on any vile creature that mistakes me for its dinner. It's obvious!

Before I left, I went by Mr. Otis’ room to say good morning. He just nodded his head in response, which in his current state was more than I could ever ask for. He’s always been a very quiet man, often letting his work do the talking for him. He rarely smiled or gave any signs of affection, even to me. Instead, he would sometimes just stroke the top of my head. His hands were big and sturdy, yet incredibly delicate at the same time. Not sure if that makes sense.

The moment I got out on the street, I noticed some dubious looks aimed at me. It's a small village, which can only mean one thing: lots and lots of gossiping. After all, to them I was nothing more than that weird, lonely girl with the messy hair that spends the whole day in the atelier doing who-knows-what. Not that I gave a hoot, of course. Rural life can be boring. I get it.

After I walked past the village’s outskirts, there was no turning back. My destination was the town of Sköllhyala in the middle of the countryside, past the woodland, which meant I had a long trip ahead of myself and time was of the essence. With my mind set on the goal, I marched onward. 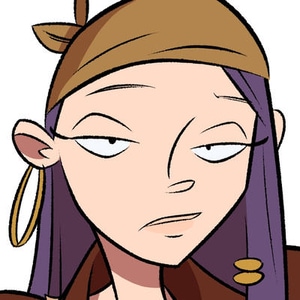 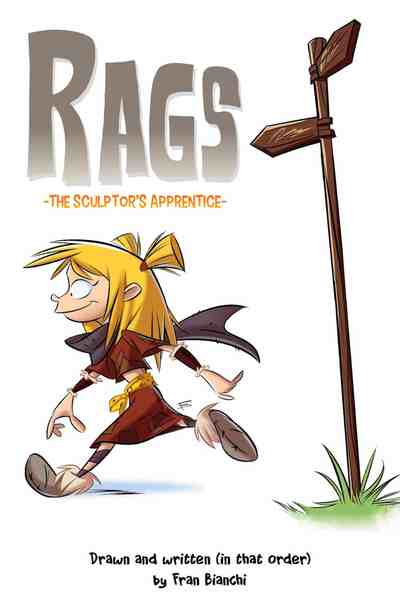 The sun rises in Brümsgundy, a humble village in the middle of the mountain range. A certain youngling lives inside the sculptor’s cabin: a girl with messy blond hair, a twitching eye and a dress made of potato sacks. She goes simply by the name Rags.

As soon as she wakes up that warm autumn morning, Rags sets on a journey across the countryside in search of a treasure of unspeakable worth located in the lush city of Sköllhyala.

“Rags: The Sculptor’s Apprentice” is a fantasy/adventure short story with a bunch of illustrations made by myself. Hope you enjoy.
Subscribe 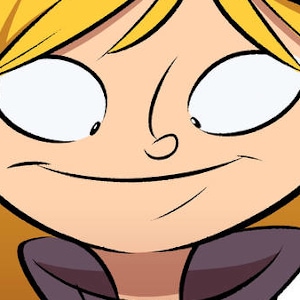