In a large castle, there was a wooden room. The door was great and hefty and the board beneath sturdy and strong. The kingdom had been fighting hard and proud with many commanders out in battle, but one.

A single general had been called out. It was mandatory for a soldier, no matter what age, strength, rank, or importance to attend such events. To miss a day like this, for those of the kingdom was the sign of a man without respect for the future of his lineage. It was a once in a lifetime opportunity, it was the only time that one would see a child of theirs be born. It was the first time they were to hold them and hear their laughs and cries.

The man had been outside, eagerly tapping at his shoulder. Nervous, for he had been both out at a crucial time in the war, and worried for his wife. He had been very stressed for the outcome as he was inside the room only moments before.

To his left and right, there was but one person. A young boy, he had carried his mothers black hair and his own blue eyes. He had not understood what was going on, but he had known it was important. He had been sitting on the ground, a wooden dragon in his hand as he made it fly around.

The man had brought himself down with his son and put his hand on the boy's head. He sighed, wishing that he could be as relaxed as he. But this was important, far too important. The boy had felt his fathers disparity and he too had started to get a little anxious.

It was then that they both heard something. The door had opened, the creaking of the wood had been a great sign. Both of them looked up to see the trusted doctor come out.

“You may enter Cathar.” He bowed his head down and put his hands towards the entrance. Cathar grabbed Dire and they both entered. There was a single woman standing next to a bed with soft woven white sheets over it. The woman had looked at them and smiled.

“Welcome back Cathar, Risa is a little sleepy.” She said as she looked down at the bed. She looked tired but she still had some strength in her, she had been sitting up and looked down at the child in her arms. Its black hair closely resembled her own. But his eyes were closed, so she could not see what he would be like.

“Dear, how do you feel?” Cathar said as he brought himself to his wife's side and held her hand.

“Shhh.” She said as she looked at the baby.

“He’s a quiet one.” she said as she then brought the baby over to him.

“Ri-” Cathar had been startled as before he knew the child had been in his hands.

Risa smiled at him. She had seen all 3 of the men in her life.

“What a beautiful family I have.” Risa said as she looked down at Dire and brought her hand to him. He raised himself onto the bed with his mother and looked at the baby in his fathers hands.

“It's your little brother.” Risa said with a smile. She outstretched her hands for the baby. Cathar had been looking at it, almost confused as to what to do with it. He noticed her hands and immediately handed it over.

Risa then brought the child over to Dire. Who had been looking at it with the same curiosity. Yet, when Dire had the baby in his hands, the baby seemed to reach its arm out for his face.

Dire had looked at his mother and she smiled. She brought her head down and Dire had then done the same. The baby’s soft hands had touched his cheek, it was then that Dire had let out a breath. His eyes started to twinkle.

He looked up at his mother, who had the same expression on her face.

“Ma, what's his name?” Dire asked. Risa had not been able to respond, she looked at Cathar who was equally as unresponsive. She had thought for a moment.

“Would you like to name him?” Dire then looked down at the boy and his quiet demeanor had given his imaginative mind an answer. The name of the silent dragon that resided in the skies. 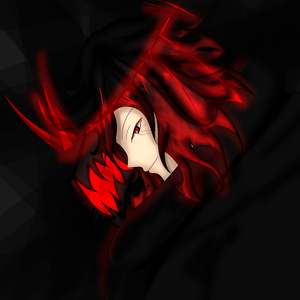 Hey everyone, I've returned but this time we're going to be doing a novel series. This is going to be based on the same world but at a different point in time with Heress and Choko. About 1000 years earlier to be exact. I will most likely not come back to Heress and Choko any time soon because I still want to work on my art and improve it further, but to give all of you some content I provide this to you! If you want to have this read to you please check out the youtube link which will be reading off the exact same story but with music and voice acting! Thank you for being patient with me and I hope that you enjoyed it! 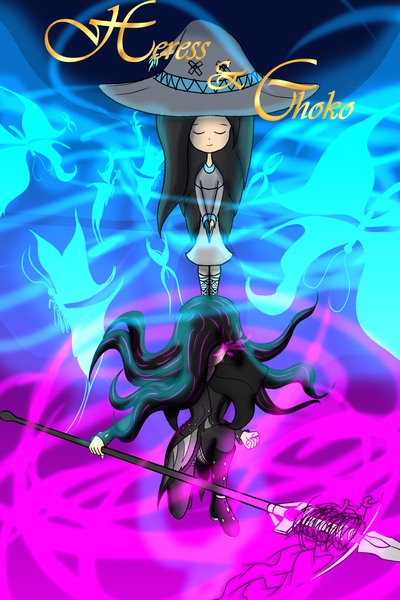 A boy with red eyes and black hair is born into a war-torn world. He alone must travel through it all and fight through the destruction around him to find what he truly wants. He must find his own happiness.
Subscribe 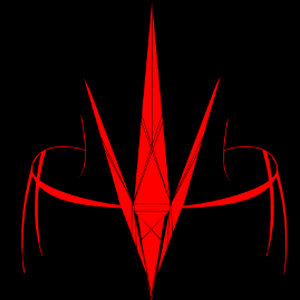