“This headache could split a man in two, Shasta.” Dad grunted as he climbed into bed, the wooden frame creaking beneath his weight. He hadn’t touched his soup and when I went to change the linens, they’d been damp with sweat.

I thought about what I might say to a typical patient in his position. Don’t worry, these are normal symptoms. Not that extreme. All part of the healing process with pneumonia.

Well, “normal” wasn’t much comfort when it was Dad’s third week confined to bed.

“Do you need some lavender oil?” I tried to keep my tone professional. Dad always brushed me off when I sounded worried.

“I’m already sick. The last thing I need is to smell like a damn flowerbed.” He smirked, but his usual cockiness strained against his pale cheeks and bloodshot eyes.

“We’ve got basil oil, if you’d prefer it.” The house was already thick with the scent of herbs, but one of Mom’s blends had to help clear his lungs.

He dabbed his wrist across his forehead. “No, it would be like having a pizza baking on my face.”

He tried to laugh, but a coughing fit took over. I ran for his mug and pitcher. He held a hand out to stop me, but I smacked his arm away. “Just let me,” I said.

He looked a little annoyed, but finally nodded and let me fill his cup. “People made pizza in the Old World.” His voice cracked from coughing. “It’s sort of like a flatbread with tomatoes and cheese on it. Better than sex.”

“Excuse me?” My cheeks flushed and a second too late, I realized he’d said that just to get a rise out of me.

“Seriously. We’ll get your Mom to make it sometime. Thanks for the water.” He grinned, struggling not to cough through his laughter again.

“Get some rest, you dirty old man.” I bunched the linens up and pushed my way out the door. Dad never mentioned the Old World without adding some outlandish detail to his story. Odds were, half of what I thought I knew about the Old World was stuff he’d made up just to prod a reaction out of me. Pizza. Weird word. Probably tasted awful.

The living quarters for our home were small, most of the wood cabin taken up by Mom’s business. We only had the two bedrooms and an outhouse to claim as our own. Too often, the apothecary spilled into the kitchen where my mother stood now, boiling a poultice paste over the fire. Her dusky skin shone in the firelight, dark curly hair growing wilder in the steaming heat.

“How was he?” She tapped her ladle against the side of the pot.

I dropped the old bed linens on the table. It was too depressing talking about how sick Dad was, so I searched for a different word. “Sentimental. He mentioned the Old World.”

I almost considered calling her bluff and asking where she stood on the sex vs pizza issue, but Mom was an expert at ending conversations she didn’t want to have. She shot straight to orders.

I wrinkled my nose. “Allergies again?”

“It’s spring, Shasta,” said Mom, whisking her pot off the fire. “Frankly, I’m glad people are only sneezing, but if you’d like another bout of plague to start up, I can suggest it to the customers.” With that, Mom disappeared through the door to the final room in our home – an apothecary shop she’d run for the past ten years.

I followed in behind her, biting my tongue. Normally, I would have defended myself or at least snarked back that plague was boring too. I liked injuries, which sounded really morbid when said aloud. But at the moment, I was sticking to a “no fighting with Mom” policy. She was stressed enough with Dad sick and he’d begged me to go easy on her.

It wasn’t that I disliked her trade. Part of me loved the apothecary; the clay pots that lined the shelves, different herbs stuffed inside; the stone table Mom splurged on at the center of the room. We had to sell the family pony, but she insisted a stone table would be worth it. More sanitary than wood. It was one of her Old World notions, this whole cleanliness obsession, but it was part of what made her such an incredible healer. I was balted lucky to be studying medicine under her. We just had different ideas about what would happen when I finished training.

Mom set me to measuring herbs into parchment sachets and sealing them closed with melted wax. I stared down another thimbleful of lavender, taking a kind of sick, backwards pleasure in how bored I was. Yes, this was the future Mother had in mind for me. Dumping teaspoons into paper bags for the next fifty years of my life. Oh happy day. 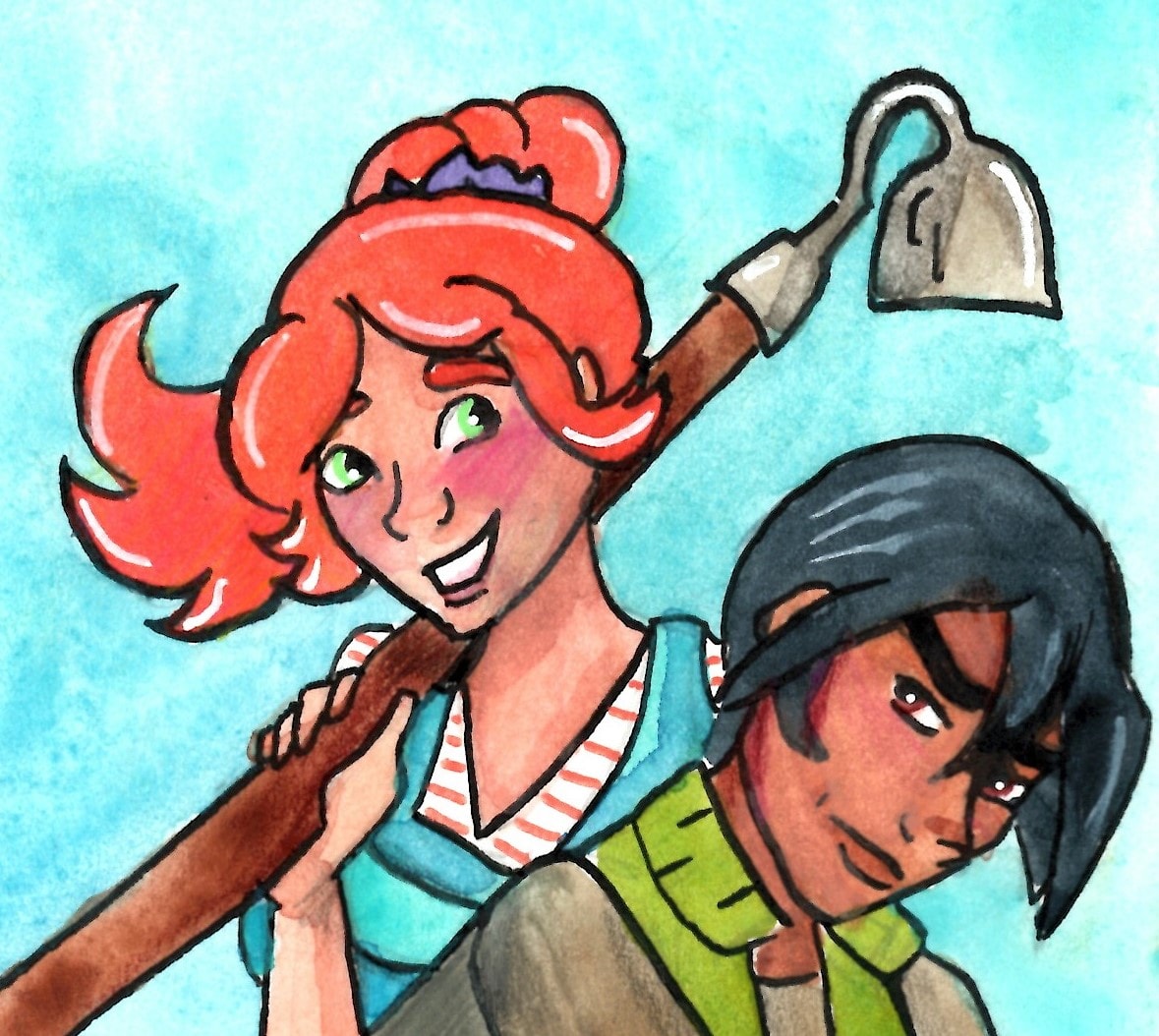 Excited to be sharing this story here! I wrote this book a few years ago, but it felt like a good time to throw it out into the world.

Also, I am currently making a comic too! Check out NEPTUNE BAY, also on Tapas! 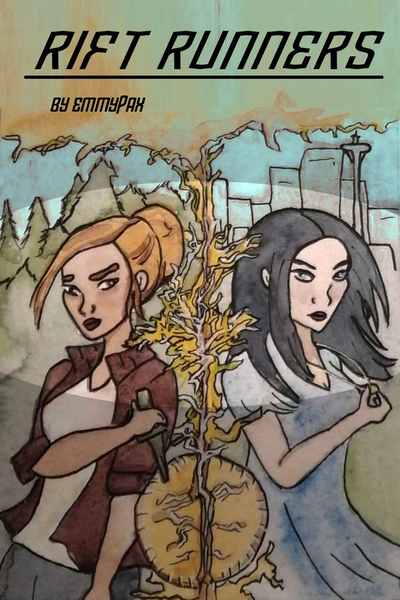 Sisters Shasta and Ali would do anything to save their father's life, but there's no cure for his rift sickness in the world of Gyra.

Their only option is to enter the rifts themselves. These violent lightning storms destroy everything they touch, but they also serve as gateways back to the Old World - the world that fell to the rift storms, but may have the medicine they need. But when the girls become separated by the rifts, they begin to realize they have more to lose than just their father. 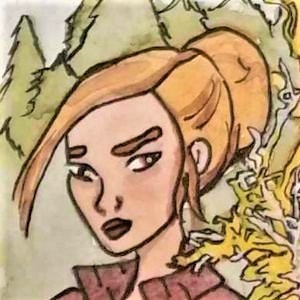