Life at the Riverpool National Park was unordinary. There was a large amount of land that was covered in different biomes that were all specifically crafted for the park's hybrid inhabitants. Creatures of all shapes and sizes roamed the land and the waters of the park.

Beau was one of those creatures. She was a cross between a wolf and a hyena, and she was one of the current litters of the hybrid creatures. She lived in the thick forests, her pack located in a clearing surrounded by trees. The den they slept in was made of stone, and it was hidden under a large boulder that stuck out of the ground.

"Hiccup got taken by the Upwalkers again." Beau's littermate, Jasiri, stated as the two sat together outside of the den.

"Again? Why'd they take her this time?" Beau tilted her head.

"She was coughing a lot yesterday. Maybe they're always watching us because of her."

"Coughing? I hope she hasn't picked up greencough. She wouldn't survive that."

"It isn't the season for greencough. That won't be a problem during until leaf-fall. I think she's just sick. She was the runt of the litter, after all."

Beau sighed, and she looked at her pack as they emerged from the den. Jasiri and their littermate, Jackle, both resembled their Hyena mother. Hiccup also had the Hyena pelt pattern, but her health complications made her look different from her siblings.  Beau had the Hyena pelt pattern, but she had a fluffy body like her brother, Scout, who looked like an ordinary but fluffy wolf.

"When do you think they'll bring more pups?" Jackle asked, shaking his body violently as he stretched. "The last litter was given to us so many nights ago."

"The Upwalkers came for Hiccup last night. Maybe they'll take one of us when they return." Jasiri wagged her tail excitedly. "I've never been to an Upwalker's den. I wonder what they do."

"We could always ask Hiccup. She goes to them more often than any of us get taken." Scout huffed as he walked by his littermates. "I'm going hunting. Are you going to join me, Jackle?"

Jackle happily chased after her brother. Jasiri scoffed as she watched the two disappear into the trees.

"I don't know what his problem is. He always has to be so angry when it comes to talking about Hiccup." She said, looking to Beau. "What did she do to deserve that? It's not her fault she was born different."

"You know he means well. Scout was the first-born. He's always felt like he should've been the one with the health issues because Hiccup is too sweet to have to deal with everything the Upwalkers are doing to her. She complains during the night when she comes back, and Scout is the first to comfort her." Beau explained. "He's the same with all of the other runts that have arrived after us. He was so attached and protective of them until they died."

Jasiri's expression changed as she looked into the forest. "I'm going to go hunt with them."

It was almost like a routine. The Upwalkers would warn the hybrid wolf hyenas, calling out in a language they didn't understand, and the young pups would be moved to the den almost immediately. Many of the male hybrids, known to the pack as Guards, would bark and growl as the Upwalkers approached the den.

"Wait! They have a cage!" Beau yelled from the opening of the den.

Beau slid out of the den and joined the Guards. She sat behind the males as they continued to bark and growl, and the closest Upwalker pushed a cage toward them. It was on wheels, and the covering to the cage darkened the space within. The Guards backed away as the Upwalker opened the cage, and Beau took a sigh of relief as her sister, Hiccup, stepped out of the cage. Three pups followed after her, their tails between their legs as they scurried after the full-grown hybrid.

"Sorry to make you worry." Hiccup whispered as she passed Scout.

"It's not your fault." Scout replied, his eyes still on the Upwalkers.

Hiccup nudged the smallest pup forward as the bigger two ran to Beau. The two sisters smiled to each other.

"Hello, Hiccup. Who have you got here?" Beau looked to each of the pups.

"The most recent litter of hybrids." Hiccup replied. "The small one has to be a runt, right?"

"Yes. Not every litter has one, but it seems that this one does. Take the pups to one of the Queens. Their names will be decided tonight." Scout turned to look at his sisters.

The Upwalkers left one by one, taking the cage with them. The Guards slowly disbanded, the hybrids either heading off to the den or into the forest. Scout was gentle as he took the young pup's scruff between his teeth, carrying it into the den. Beau was careful as she used her paw to push the two remaining pups forward. Hiccup followed after Scout, beckoning the two pups forward as she went.

The three pups were restless as they waited for their names. Beau and Hiccup sat side by side with the three pups at their paws. The oldest hybrid, which happened to be Scout now that the last of the previous litter had passed in their sleep, stood at the top of the boulder and looked down at the pack.

"We've gathered underneath the moon tonight to name three pups that arrived earlier today." Scout announced, sitting as he spoke. "They have been observed during their time, and the Queens have made their decisions on their names."

Beau felt a wave of pride as she remembered her own naming ceremony. She had stayed with the pack for several nights before she got her name, her litter being given to the pack before they could walk correctly. The three pups looked up at Scout as they waited.

Beau nudged the slightly smaller of the two bigger pups forward with her nose, and the pup stepped forward. It was the only pup that had the hyena pelt, and it was slender with short fur. Beau waited patiently for her brother to announce whether the pup was a Queen or a Guard.

"This pup is a Queen." Scout told the pack. "She has shown the Queens that she is loving and caring. She has also shown them that she is curious. The Queens gave her a test of courage. She was told to travel to the stream and return with a flower of red and a lily pad from the waters. She was accompanied by a Guard, and she returned with a flower of red. There were no lily pads in the water, so she instead returned with a crow's feather."

The pup held her head high as the pack cheered for her. Scout waited until the silence returned before he continued.

"The Queens, with much difficulty, have chosen your name. Before I give it to you, you must understand what your name means. This pack has a code that you must live by. We come before any other creature. You must defend your pack during your time with us. One day, the Upwalkers will come and take you, and you will have your own pups. This is the ultimate duty of a Queen. You will strengthen our pack with your young, and you will strengthen our pack with your own strength. If others threaten us, you must be ready to defend." Scout's eyes rested on the she-pup. "Do you promise to only have loyalties to your pack?"

"Your name will be Brooke."

The she-pup hopped excitedly as she turned to the pack. They each called out the young pup's name as she ran to one of the Queens. Scout looked to Beau and nodded, and she pushed the second pup forward. Scout waited patiently until the pack was quiet.

"This pup is a Guard. He has shown the Queens that he is brave and protective. The Queens gave him a test of bravery, and he was tasked with tracking one of the Guards who went ahead of him, and he did this alone. He was able to find the Guard, and he was even able to scent prey for the hunting patrol to find." Scout stated. "The Queens were quick to decide your name based on your abilities, and they believe that you will live up to your name. Before I give it to you, you must understand what you are joining. The pack will always come first. As a Guard, it is your duty to protect the pack at all costs, even if it means giving up your life. You will provide food for the pack, and you will eat only after your pack has eaten first. Do you promise to only have loyalties to your pack?"

"You will be Huntly."

The pup moved to join his sister. Hiccup was careful as she pushed the runt forward. Scout's gaze was gentle as he examined the pup.

"This pup is a Guard. His name is Bennett." Scout stated. "He will be one of many runts that have joined this pack, but he will be just as great as his littermates. Bennett, will you try your hardest to protect and serve your pack until your last moments?"

"I will!" Bennett's tail wagged as he spoke.

Beau's heart felt heavy. The young pup didn't entirely understand Scout's words, much like how she hadn't understood when Hiccup was given her name when they were younger. The entire ceremony for runts was different from the usual naming ceremony. They weren't given a reason behind their names, and they weren't told what they meant to the pack. All they were told was that they would be as great as their siblings and that they must protect and serve the pack until the moment they passed.

Bennett chose to return to Hiccup's paws rather than join his siblings, and Beau could see the love in the young pup's eyes as he looked up at the older runt.

"Let the Elders Of The Moon look down upon these three young pups and keep them safe! Lead them to their destinies, and guide them to their potential!" Scout called.

He let out a loud and long howl, and the pack joined him.

Introduction to the Pack. 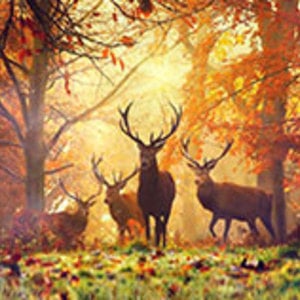 Riverpool National Park is home to genetic experiments. The scientists spend their days breeding together two different animals, resulting in both beautiful and concerning creatures.
Subscribe 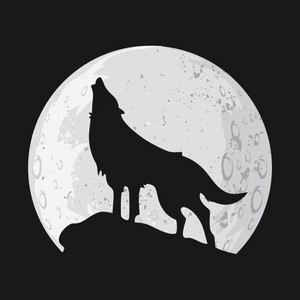