Andrew Sharpe gave a growl as he paced outside the large doors. He had been called to the office and left out in the main hall as they talked. His slate-blue eyes glared at the floor as he walked. His phone chimed, and he ignored it as he kept walking. His short, dark brown hair looked as if he had been tugging on it in his frustration. He lost count of how many turns he had made as he paced the long hallway. The man on the other side asked for Andrew to enter the room.

As he walked into the large room with high ceilings and raised seatings at the front of the room, he could make out an older man sitting on the seat that was smack in the center. Andrew crossed the room. He stopped at a table placed far enough from the raised seats but close enough to hear the people talking. He stood with hands on his hips, ignoring the chair at the table, and asked. “You called for me?”

The older man frowned as others entered their raised seatings from a door hidden behind tall backed chairs. A woman took a seat to the older man’s left as the seat to the right of him soon held a man. There were seven seats with only five people present. The seventh seat was never filled and was a reminder to others as a warning. Andrew knew most of the people in front of him since he started working for them when he was eighteen. The people in front of him, made up of six people, were the council members.

The older man seated in the center of the council leaned forward to look at Andrew. "Let's get started, shall we."

Levi puffed hot breaths into his cupped hands. It was well into fall and on the colder side of it. What he missed the most was the warm weather. Swimming with his best friends and walking through the city doing nothing but hanging out. He was the type of person to always be outside. You could see it in how his skin soaks up the sun leaving him with a warm bronze tan in the summer months. Now as the months grew colder and he had to bundle up, his skin was slowly gaining a lighter bronze tone. He gave a yawn, causing thick vapor clouds to curl up into the air. He did not like the cold. His cold fingers tugged his red hood over his head, covering short ash brown hair, and cold ears tipped in red. He crammed his cold hands into the pockets of his leather coat.

The almost full moon floated lazily in the night sky above the large dark pine trees, thick clouds lazily floating here and there. The change from tall buildings and loud everything to quiet rocky forest mountains of some nowhere town in Oregon was a shock to his system. He was used to the noise of the city and a car always driving by. Where he could call for a taxi or ride a bus to his home if his truck broke down. He wouldn’t even be out here, tired and cold, if his boss hadn’t told him he had to stay later for clean up. At least he’d get overtime. Levi could feel his useless phone digging against his left hand and his pocket knife against his right hand as he walked the long road. Maybe he could buy a new phone.

Levi gave another yawn. He just had to make it home so he could sleep.

Old boots crunched through the gravel as he walked along the shoulder of the road. He lost track of how long he was walking when green eyes saw the sign up ahead. He jogged over and gave a grin. The town’s name was illuminated in large wooden letters.

Levi patted the rock border around the wooden sign. “Man, you are a blessing to see.” He gave a whistle as he walked on. If he was walking with a bit of a hop in his steps well, he was feeling great. The road he was on would lead him straight onto Main Road, and all he had to do was make a stop by the police department. Maybe he could poke at Gray to give him a ride home. The guy has known his mom since they were in high school, and he still had a crush on her.

When he was walking along the road’s bend, he felt the hairs on his neck stand up. He paused and gave a quick look around. His ears strained to hear something. He could always tell if someone was sneaking up behind him. Only this time, it was quiet, too quiet. The sounds of the forest he had finally gotten used to were silent. The wind kicked up and sent the trees into a roar of leaves and pine needles. He slowly turned around, his eyes taking in everything. He had one too many close brushes with death, and he’d like to survive his last year of high school.

His hands came out of his pockets. Pocket knife in one hand, the sound of the blade opening seemed to echo in his ears. He slid his feet apart, his body sinking into a ready stance when something barreled its way out of the underbrush nearest him. Levi let out a shout as he stumbled backward. The doe veered away from him and bounded across the road. The birds’ sounds cried out as they took to the skies as another harsh wind cut through the trees. Levi could feel the adrenalin shaking his body. His breaths came out harshly as he twisted on his feet to look around. Something was out there. Levi took steps back, watching the forest line where the birds and doe had erupted from. His knife hand shook a little as he held it out in front of him.

It was when he heard and felt that hot growl on the back of his neck that he froze. Whatever it was, he hadn’t heard it approach. He hadn’t seen it leave the forest to get behind him. Levi slowly looked over his shoulder, and he sucked in a harsh breath. Not even three feet away stood a wolf the size of a bear with dirty dark fur. Levi had seen wolves. He had done an internship at the zoo in the last city he lived in. This, something was off about this one. Then it reared back on its hind legs and stood towering over him. Maybe it was that, or maybe it was the bright orange eyes watching him. Large teeth bared as a growl rumbled from its throat.

Thick clouds moved in front of the moon, casting Levi and the large wolf in shadows. He slid his foot back as the moon slowly reappeared. The wolf lunged, and Levi let out a strangled sound as his fist slammed against a snarling snout. There was a yelp, and Levi didn’t look back as he ran. His heart slammed hard against his ribs. His fist hurt from where he punched the wolf. Felt like he hit a wall. 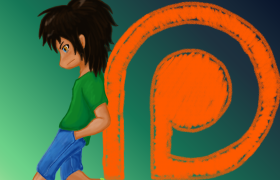 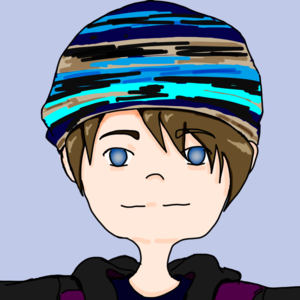 Just found this from Archive of our own! It's interesting and I look forward to reading more! 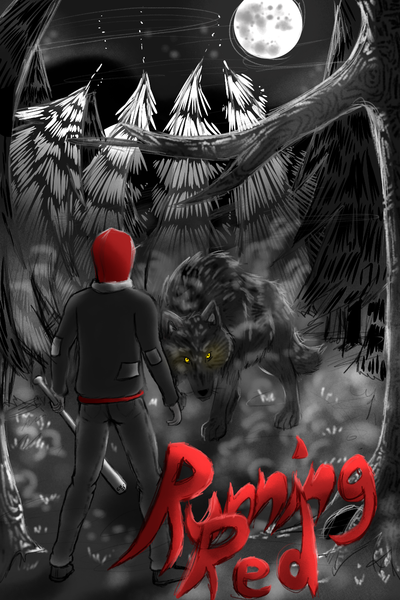 -Slow Burn- Levi Sharpe just wanted to get out of high school without causing trouble for his mom. After his dad was pronounced dead, he has had nothing but a series of unfortunate events happen. In the aftermath of the latest incident, his mom decided to move them to her old hometown in the hope of Levi being safe. Until a fateful night that sparked a series of events. 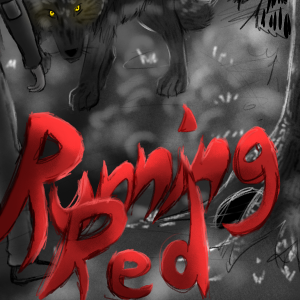