He pressed his forehead against the hard, cold, stone floor, trying his best to hold his ragged breath inside his chest. He wished he could look more composed, more collected, more self-confident, all aspects that could only help his cause. Instead, he could hardly stop his hands from trembling, the agony burning his chest threatening to steal his breath away, breaking his heart piece by piece, while he humbly prostrated himself in front of those who had coldly orchestrated the monstrosity that was the cause of his suffering. He wished he could unsheathe his sword and run them both with his cold, hard blade. But he also knew that, even if he were able to do so, which was obviously not the case, not even bathing in their warm blood would ease his desperate, smothering pain. And so he did his best to blindly trip over his own deafening suffering and focus on the only thing he could do to make sure that not everything was lost.

“I have consulted with the Jundai of the Temple. None of them has ever heard of such an unspeakable deed,” the woman offered with a small, hushed voice, feigning a fear and concern he was sure she did not feel. “They all share the same opinion. This is a bad omen, my Lord. A curse sent by the Heavens to punish some horrible offense that we are yet to uncover,” she persisted, making him grit his teeth in an attempt to hold his raging emotions under control. “They all spoke of unfortunate records of Tien’Elhar getting sick, or even dying after their Heinin’s untimely demise. But this …” she squeezed out with sickening tone. “I fear what other disasters may befall our beloved Empire should such an accursed blood be permitted to live on.”

“The child’s birth was foreseen by the Temple’s Varsen. It was foretold that he is to become a great warrior, one that will lead our Empire’s forces to victory against our worst enemies,” he urgently reminded them, the soft sound of the young woman’s voice that had told him those same exact words seven years ago, her proud, gentle smile as she said them, haunting his memory. The tongue inside his mouth felt swollen and heavy. The wrecking pain inside his chest made his voice sound distant to his own ears, but he forced himself to go on, not daring to raise his head, hoping his arguments remained relatively coherent. “How can such a child be cursed? How can he be punished for the choices of those around him? How can the Temple be wrong about such bright future?” he added, knowing he was now risking everything, including his own life. There was no way they would ever admit the possibility of the Temple being wrong about that, or anything else for that matter. Which meant that they would either have to agree with his request or kill him where he stood, and pretend that conversation had never taken place.

“A warrior?” the woman in front of him sneered. “All the more reason to solve this matter right away. Who’s to say that this warrior of yours doesn’t turn against us in the future? A fatherless and motherless child, with no one to guide him towards the righteous path. It is true that a strong power can be a blessing. But it can also become a deadly curse in the hands of the wrong person.”

“My El’Dai makes a valid point, child of Zai,” the man declared, finally making himself heard, his smooth, indifferent voice filling the huge hall. “We have enough enemies outside our borders as is it is. The possibility of deliberately raising a potential enemy inside our own walls is hardly worth the risk.”

“I will personally make sure that does not happen! You have my word!” he quickly declared, his warm breath caressing the cold surface of the floor right in front of his nose and, for a moment, everything went silent.

“You?! Are you proposing to take him in as part of your family?” the man asked.

“Preposterous!” the woman immediately interjected. “The child has his own birth right to inherit! He cannot abdicate unless he is permitted to do so!”

And there it was, he thought bitterly. The importance of the balance of power raised above everything else. They would rather kill an innocent child than have him find a new home, if that meant that his new home could eventually become more powerful with his presence. Even if that new home had been flawlessly loyal to the Empire for hundreds of years.

“I am aware of his inheritance. And, with your permission, I will relinquish my own birth right and follow him in order to make sure he is guided towards the righteous path,” he declared once more and quickly added before his decision could be contested. “I have younger brothers that can easily take my place. Zai will not be left unprotected. And I swear to you that I will make him the best warrior our Empire has ever seen. A warrior that will be honored to serve our Empire in its time of need,” he reiterated as vehemently as the pain leaving a bitter taste in his mouth would allowed him.

“And are we to trust your word? And deliver such raw, untamed power into your hands to do as you please?” the female voice asked and he cringed inwardly at the sound of those words. If they were going to start doubting his personal intentions now, then there was nothing he could do to try and fix things as they stood. A voice in the back of his head told him that he should take offense at the sound of that bitch’s words, but he just felt too broken to be able to react according to his own station. “It is true that the child has shown some potential but, in the long run, he may very well become a threat, not only to our Empire but also to the Imperial Family. Which can be easily avoided right now. I even dare say that it may actually be the merciful thing to do, since the poor child is left all alone to fend for himself.”

He almost bit his tongue before he allowed the words to fall from his mouth. Would the young, gentle woman from his memory agree with what he was about to do?

“If you fear he may become a danger to the Empire then I ask that you order him to undergo the Hinhir, so that the Honorable El’Dai’s fears may be eased.”

She sucked in a sharp breath and the sound of someone uncomfortably shifting on his chair reached his ears.

“Do you truly wish to spare him? Or are you seeking for some concealed, cruel opportunity for revenge?” she asked, irony dripping from her every word, and his ears buzzed painfully, nausea rising from his stomach, leaving his mouth watering.

“What if the child does not survive?” the male voice inquired, the same indifferent tone in his voice.

“Then all our problems will be automatically solved. But, should the child survive, I ask that you deliver him into my care.”

“Won’t he be completely useless by then?” the woman interjected poisonously. “There is no way you will be able to deliver the invaluable warrior you have promised us then.”

“That may be so. But at least his Province will have a Governor, after being abandoned and neglected for so long,” he threw in, a last sliver of hope at trying to tilt the balance in his favor, and the sound of a heavy sigh made him hold his breath.

“So be it. Let him undergo the Hinhir. But let him keep the daitai he inherited from his mother’s blood. That way, should he survive, he won’t be completely useless.”

Still kneeling on the cold floor, he pressed his forehead even harder against the smooth white stone, his eyes stinging with unshed tears, his fists so tightly clenched that his nails bit into the palms of his hands. For a moment his voice got stuck to the back of his throat, forcing him to swallow before he dared try to speak again.

“Thank you. I will not fail you. You have my word.”

Jundai: Literally jun (work) + dai (light). Name given to all Priests and Priestesses of the Temple.

Varsen: Literally var (sky) + sen (star). Meaning that who reads the stars in the sky. Name given to the Temple’s Seers.

Zai: Literally means blade. Name of one of the Provinces of the Empire of Wen.

Daitai: Literally dai (light) + tai (mark). Name given to the holly markings some people have on their backs, source of sacred power. 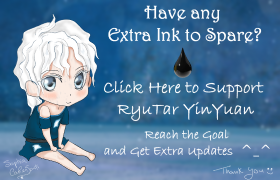 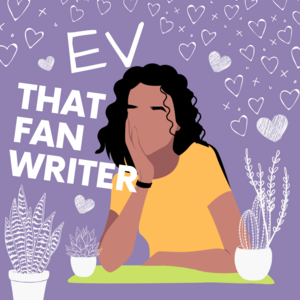 Great chapter! Also did you create the language for this story? It's super awesome! 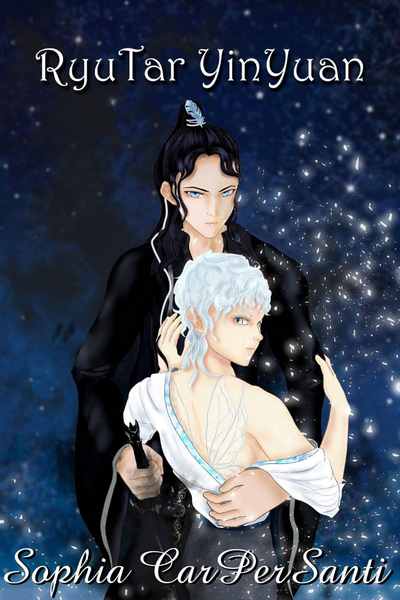 Born a fatherless bastard and with an impoverished, ravaged Province to Govern, Nox ZaiWin has more than enough on his plate.

And so yeah, the last thing he wanted was to become some Celestial's Chosen One.

And is that even a Celestial? Hasn't the brat just murdered more than one-hundred of his men with a single scream? Aren't Celestials supposed to be holy, pure beings, that abhor all forms of death and killing?

No other choice! No matter how sinful it may be, the brat must die!

Snow has lived most of his life locked in a dark room, explored and sold for his miraculous blood. There are a lot of things he does not understand about the outside world. But one thing is certain. He does not want to have anything to do with some scary dark monster. He wants to be free! And he’ll do whatever it takes to reach his goal.

And yet … Shit! Aren’t they stuck together now? Their life-lines intertwined?

Wait! If the dark monster wants him dead, that’s easy enough to solve. All he has to do is to successfully kill him first!