I know my mobile is ringing a second time; unable to attend the call. I’m tired because of yesterday’s duty. As a police officer, duties are always assigned. The police job is restless. We have to protect the public as police officers and work like a dog to the politicians, oops! Sorry, as a police dog.

Wake up, dad, your mobile is ringing. Come on, open your eyes.

My eyes are burning, restless job. Should wake up for the next assignment.

Hmm, the guy who disturbs me often early morning.

Dad, the time is half-past seven.

Mobile, the device. We used to protect and destroy humanity. With half-opened eyes, checking the history of missed calls.

Err, constable Raj, I know that if a police officer calls in the early morning, two things are there. 1. Emergency, 2. Asking permission to take leave.

Pick this call up.

She is my daughter, Maya, doing 12th grade.

Attend this call and ask the reason...

This is constable Raj (online)

What do you want?

I want to talk to Inspector, sir. (Online)

I showed the gesture that I’m sleeping.

Hmm, he is sleeping. Can you call him later? Maya replied.

Hang on a minute.

A girl was found dead beside the school.

Don’t allow the reporters and public near the crime scene.

And call the forensic department in continently.

Don’t forget to call the ambulance; I’ll be there in 20 minutes.

Baby, connect with the charger. (I have given it to my Maya and hurry to work)

Are you alright, dad?

Dad, you wear chapel. Where is your shoe?

Hmm, here it is. Sorry I forget.

Something happened to you dad.

Yep, I’m out of my control.

(I took my bike to the spot. I’m a police inspector, shouldn’t show my weakness to anyone.)

(We enter the crime scene.)

She is Rathi, 16 years old, doing 12th grade in this school. (Showing the school)

Hmm, Selvam, have you found anything? (Selvam, forensic head)

Hmm, Mr Shankar, someone murdered her and thrown her. Gimme some time to analyse.

Take care of your own time, Selvam. (What the fucking responsibilities, I murmured.)

(While clearing the crowd, reporters interfering and asking questions. As everyone knows that reporters’ questions are rapid-fire, answering the questions is quite difficult.)

Reporter 1. Sir, may I know the name of the girl?

Reporter 2. Where is she from?

See, the investigation is going on. We can’t tell anything right now.

Reporter 3. May I know the cause of the death?

Reporter 4. Have you informed her parents?

Talk to you later.

Reporter 5. Have some responsibilities.

Reporter 3. This happened after six years. What do you think about it?

We together left that place and reached a private area.

The key, I found there, sir. Raj said.

You are correct, sir. Raj said.

(I can imagine the picture of the incident)

This is a tyre mark of the autorickshaw. So criminals came by auto. They stopped here and walked some distance to throw the body.

Yup, two had carried the corpse; one should be in the auto. Because he didn’t wear the footwear. I got a lead. Raj, call Selvam. I said.

After a few minutes, he brought Selvam to me.

Look at the blood drops. It should be the criminal. Collect it and gimme the report within an hour. I said.

Raj rides the bike. I sit behind him.

Hold on Raj, how about breakfast? I asked.

But sir, shall we take in some other hotel? Raj said.

Nope, I need to take it here only. I choose this hotel deliberately. Come, let’s move inside. I said.

We placed it at the corner. The server comes towards us and asked. What do you want to, sir?

Hmm, I need one DOSA. What about you, Raj?

Anything else, sir? Server asked.

What do you think about this murder? I said.

Sir, culprits should mingle with the public. If I find him, I’ll show, who I am. Raj said.

Do you know, the public is the criminals. Nowadays, they don't bother about the things which happen in front of them. I said.

Server, how many auto-rickshaws are running in this area? I asked.

Have you seen any abnormal things yesterday? I asked.

Next to us, some auto drivers discussing the murder. I interrupt them and call one of them.

How can I help you, sir? Driver asked.

What do you know about the murder? I asked.

I don’t know. I wasn’t there yesterday. Driver said.

Where have you been? I asked. So many questions. Driver Vignesh was not there because he brought his friend to the hospital as he was hurt by himself with a piece of glass. His friend's name is John. His house is beside the mall. I called Vignesh to show John’s house. Meanwhile, he showed some gestures to his mates. Raj locked him, asked him about the signal. But Vignesh denied it.

Leave him, Raj, he can’t escape from us. I said.

Raj rides the bike, Vignesh in the middle, I at last. Trible is not allowed, as a police officer, we shouldn’t do it. We should be good examples among the people. But we don’t have any other option now.

Do you suspect him? Vignesh asked.

He isn’t suspect. He is the cutthroat. I said.

Excuse me, sir, shall I leave now? Vignesh asked.

I have to go now. Driver said.

I informed Raj to call John. He shouted his name but an old lady came and informed him that he was not there. I insisted Raj get inside the house. Meanwhile, I asked Vignesh where should your friend be usually on holidays?

I know nothing, sir. Vignesh replied.

If you don’t tell me, I’ll give you a treat at the station. Decide on yourself, which is comfortable. I threatened.

If there is no riding he will go to the wine shop, sir Vignesh said.

Raj came out and said, sir, he is not there. He will be in the wine shop. Raj said.

Shall I go, sir. Have some important works. Vignesh said.

Show me the place where he is taking alcohol. You are my triumph card. I said.

We move towards the wine shop. He searched and found him.

John stretched his scathe leg and took a liquor. When he saw us, he just throws the bottle and tries to break out from that mace. But he cannot Flight with his injured leg. We captured him and took him to the police station. To analyse his activity, we locked him in a separate cell. He shouted as much as he could. Purposely I didn’t take his mobile. After half an hour He dialled someone.

Sir, sir, he has a mobile he is talking to someone. Raj said.

Be patient, Raj let him talk. I said.

After disconnecting the call, he broke the mobile.

However, he broke the sim card and swallowed before reaching him. Raj beat him flintily.

The sim card which stuck in his throat He screamed with pain.

Call the ambulances I bawled.

But there is no use he kicked the bucket. I never expect that we find the criminal as fast and his death. It’s quite impossible to find a killer within an hour. However, we did it and we lost him. But I never lose my hope. Sometimes beginning stage is complicated. Once we reached it’s easy to proceed further. I informed Raj to check the postmortem report of that girl.

We are asked to wait one hour more. Raj said.

What do we do to lock up death? Raj said.

Nothing to worry about, you just proceed with the formalities. I said.

Eshwar, Eshwar I called one of the constables.

Follow the postmortem report of the girl and the criminal John. I said.

I called Raj to dial the numbers.

Raj dialled those numbers - ringing (let me tell you all a story about a mouse named Laurie. Laurie was a mouse in a big brown house, she calls herself a hoe, with the money money blow. but f*** that little mouse ‘cause I am an Albatraoz…. the number you have dialled is currently busy)

Try until he picks up the cal. I said.

after trying six times, he picked up the call.

Raj gave the phone to me.

(online) May I know who is this? Vignesh asked.

I am the inspector, met you in the morning. I said.

Do you remember me? I asked

Of course, sir. He said.

Where are you now? I asked.

I’m busy with my riding. Do you need my help, sir? Vignesh said.

Give the mobile number John. I said.

Why don’t you ask him directly? He is with you, right? He said.

Give me. Shit. I yelled.

He spent much time searching his number on his contact list. But I couldn’t wait that much time, so I shouted at him. Then he gave me. I gave his number to Raj and informed him to contact the control room immediately. Because I want to know to whom he spoke recently. I thundered at Raj that I needed John’s biodata. After half an hour, Raj came to me and informed me that he got John’s full history.

I told him to call the particular number. Meanwhile, Eswar came with the postmortem report of that girl. The victim was brutally raped repeatedly by three criminals and tied her throat with her dupatta. I urged, catching the criminals as soon as possible. Raj tried to connect the call but failed. I informed Raj to contact the control room.

R-r-r-r-r-r-ring Hello control room, please hang on for a minute. Raj handover it to me.

I gave the ten-digit mobile number to the control room and asked them to find it now? They checked and informed me that the person who has that number wandering at the Trichy bus stop an hour before. Now he is crossing Perambalur. I urged them to follow the direction.

We shouldn’t allow him to escape, sir. Raj said.

I never allow him to escape Raj. I said.

Shall we go to Perambalur? Raj asked.

Nope, we need to go to Trichy bus Stand. I said.

Sir, but he is on the way to Perambalur. Raj said.

It’s simple logic, John already informed him about his situation. If I’m right, he is moving in the opposite direction.

Sir, but his mobile… he thinks a second.

I smile at him.

Sir, now I understand, he should throw his mobile inside the bus or lorry and he moved in the opposite direction. Raj said.

Raj tried to ask a few more questions, but he understood everything. Anyhow, he asked me a question. I told him not to hesitate.

How can we find him in this big city? Even we don’t know which direction he moved. Raj said.

Don’t worry, Raj, we have an option. I said.

My head will burst if I don’t know this. Raj urged.

But why? Raj asked.

But sir, I need the reason. Raj said.

Look, even an intelligent fellow can mistake sometimes. If I’m right, before throwing his mobile he should call his friend or relative or someone. So, once we catch his partner, we find that bastard easily. The case will be closed.

We moved in the direction, came from the control room. 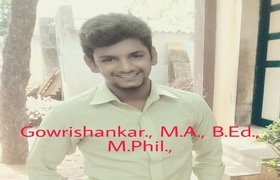 A girl was brutally raped and murdered.

Really fantastic ,all the very best.❤️ 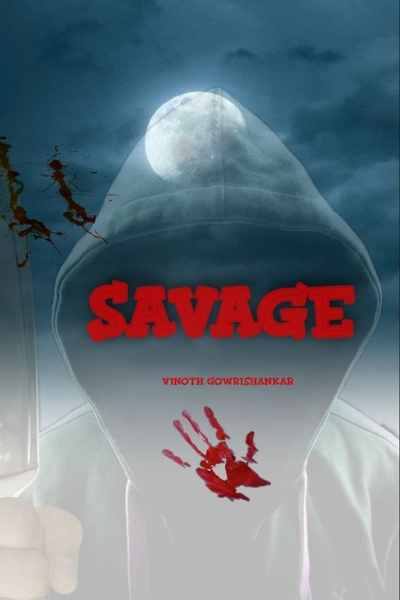 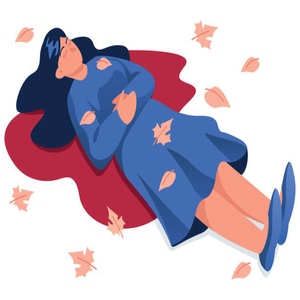