“Art? Art, where are you?” Creaked a voice, loud and gravelly. Worry echoed within it, nervousness and fear lurking in every nook and cranny of the building.

Padding around the building emerged a creature; or rather, a monster. It was huge, bipedal, and terrifying. An angular, sharp featured head that looked alike to a hyenas’. Grey-green skin with patches of wiry, thin fur covered it’s large frame.

The face was possibly the scariest, and quite possibly the weirdest and most unsettling part of the body. It was sharp, with instead of two eyes like most creatures, It had three. On the right side of it’s head were two; One large and wide, deep set in the head with the word 'Sinner' written in it, the sclera was yellowish and sick looking. The other eye was located just under the first, smaller and narrower, just about half the size, with a check-shaped pupil under it. Unlike the other, the iris was a creamy lilac color, with not a pupil in sight.

From both the eyes came a black, wavy marking. They were slightly raised from the skin, almost like a scar. Four white dots sat over the wider eye, sitting on the brow line. On the left side was only one eye. It was wide and deep set just like the other one, with the same line coming from the edge.In it was written the word Angel

The mouth appeared dangerous, extending all the way under the creature's eyes. Two canine teeth extended from each of the sides, sharp and shiny, stained at the tips with the faint hint of blood. On one side, the right, the teeth were sharp and long, pointing up at the sky. On the other side, the left, the teeth were dull and broken looking, chipped. They were still pearly white with the stain of blood on the tip though. The teeth had the appeal of a canine’s, like a wolves’ or a hyena’s.

The ears of the creature stood erect on it’s head, tall and intimidating, alike to a wolves’, with two tufts sprouting from the tips. A white gauge stretched the lobe of the left one greatly, creating a grand hole about three or four inches in diameter. They flicked, listening for any noise possible that may lead to the location of “Art”

A lion-like tail swayed low to the floor, the tip flicking nervously with each and every careful paw step forward. Thick claws clicked on the tile floor as the monster stepped over debris and rubble. It's two long arms swayed above the ground, moving slightly with each step.

The creature turned another corner, grimacing slightly as if there may be something there; as if it was expecting something to be there as it came around the broken wall. But, to the obvious comfort of the monster, there was nothing there. Only more debris and more dirt and rubble strewn about the cold floor.

But it’s discomfort seemed not to fade, and instead it increased, the muscles in it’s legs and back tensing visibly. It continued to creep among the broken remains of the building, lifting rubbish and rusted pieces of metal and plaster wall from the floor and moving them to the side, looking intently.

It growled when there was nothing to be found, dropping down a peice down in a passive-aggressive manner, almost annoyed or angry. It padded faster down the halls, looking in rooms with increased worriedness and increased fear in it’s multiple eyes. It’s breath began to become ragged, growing quicker and quicker in pace, growing with sharp fear.

And finally, at a door at the end of the hall, the monster stopped. It paused for a long while, staring, blinking at the room in front of it.

There, on the floor, lay a bloodied corpse.

It was fresh, blood still flowing from the body, heat still coming, still steaming from the lifeless form. The monster’s body seemed to lose all tension, all bunching in the muscles gone, though it’s raging emotions did not seem to disappear at all. The creature stepped forward, seemingly weak at the knees, tripping forward over it’s own large paws. It dropped down to it’s knees, gathering the human’s body into it’s arms. Ears lowered, drooping, twitching as it seemed to register what happened to the poor, poor person in his arms.

“Art… this.. This isn’t how hide n’ seek works..” It mumbled, the loud voice humbled by the gravity of death. It grit it’s teeth, tension once again entering it’s body.

And now it stood, lifting the stiffening body up off the ground, arms now covered in the warm blood of the human. The warmth would have made the creature feel good on the cold day, but now, seeing the death in front of it, there was no good warmth at all.

It was all bleak.

The creature took the body away from the room, down the hallways it had rifled through, around the crumbled bits of drywall and cinder blocks it had pushed away.

If only you’d been there sooner, echoed a new voice from everywhere at once.

The monster shook it’s head as if to rid itself of such a thought; It knew that the boy’s death was not it’s fault… right?

But the monster was too stupid to be fast, to use it’s brain like any other creature would do.

Too stupid. Too foolish and naïve.

“Whoever killed you? They’re going to pay, Artie. They're gunna pay.” 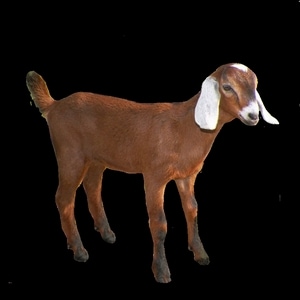 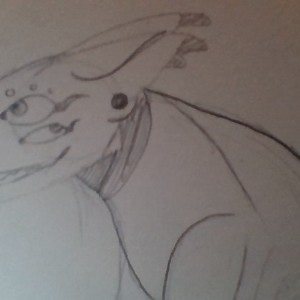