Ok, I may have shouted it. Ok, Ok, screamed it. I was justified. It was the hundredth time I’d said it that week. And I was a little stressed at the time; we were just about to start Try Number Eight, and that was not a time for little boys like Whisper to be stupid – especially after what happened with Try Number Five.

“So get behind the bank,” I twisted his head round to the correct direction, “and wait with the others. NOW!”

Whisper didn’t throw a tantrum so I suppose that was progress. He merely put on a sulk and stalked over to the bank. He turned just as he got there, but whatever ideas he had were thwarted; a hand shot out, grabbed his wrist and dragged him through the thick grass and out of sight. I heard him commenting; I couldn’t catch the words at that range, but the tone did not suggest utter contentment.

Not my problem. I pushed feathers under my wrist and ankle straps, daubed stripes of mud onto my body and face, glanced up at the winter sun just gleaming through the high empty branches, looked back at the kiln crouching like an old man in the middle of the glade, and began the dance. Three times round the kiln with the sun, three times against, and then three times with the sun. That was how the shaman – how my mother had always danced it back in the old Tribe, and it had always worked; but then back in the old Tribe we’d had a potter who knew what he was doing. Oh, he’d always looked nervous, but every time he’d finish up with a perfect cauldron and nobody got hurt.

That wasn’t how it was working out here.

I took the torch out of the fire, waved it high so that Hawk and Stack knew what was happening, pushed it into the firehole at the bottom of the kiln and ran for cover. After Try Number Five I wasn’t taking any chances.

After a couple of minutes the smoke stopped drifting, cleared and began to blow out. Good. At least the fire has caught properly this time.

After ten minutes the sides of the kiln had bleached, and nothing had cracked or fallen off – or worse. Hawk passed round a meadskin and I reckoned we deserved it.

After another ten minutes the kiln was roaring like a woman in childbirth, the sides were white, and nothing was obviously going wrong yet. Hawk stood up.

Amazingly, the kiln did not instantly go bang or split open.

Stack looked sulky, but then he always does. Though after Try Number Five not even Stack would’ve wanted anything to go bang.

“Let’s leave it for an hour or so.” I stood up and stretched, though that still left me a long way below Hawk’s beanpole height. Nobody disagreed, so we went back to the camp. Well, it’s more than a camp. Yes, really; it’s got proper houses!

Hawk and Stack went over to the tanning pool and Whisper started slinging pebbles across the dancing-floor at the gateposts, but I strolled back to check some herbs I was drying. It took me past one of the scars left on the wall by Try Number Five; as usual I winced as I passed it. At least since then we’d moved the kiln out of the camp and right over to Wide Glade, but the memory was still sharp.

The herbs were drying nicely in my house – my own house! Mine to do what I like in! Nobody to tell me what to do, where to sit, what to do next! Mine to tidy or not as I like! OK, Whisper lives in it too, but actually that’s even better – I can boss him around. If he ever listened to me, of course. But then, sons never listen to their mothers, do they – even adopted sons like Whisper.

When we wandered back the fire seemed to have almost burnt out and everything looked all right – though of course it always had if we’d got this far at all. Appearances proved nothing.

“’S that noise?” Stack began to walk over to the kiln, but Hawk pulled him back.

“You mean the whistle?” I said. “I think they always do that.”

I could hear it now; very soft, like the noise a stirring stick makes when it hits the side of a honey jar. I had no idea what it was, but I didn’t like it; in the old Tribe the kilns had never made popping noises. As far as I knew, anyway. But I had begun to discover just how little I knew about pottery, and how much I’d taken for granted.

Then there was a particularly loud pop, and at the same time a little puff of dust drifted off the side of the kiln, near the shoulder. Then, as we looked, the whole of the top of the kiln subsided outwards into a ring of dust and our attempted cauldron was revealed.

“Oops,” said Stack, and that just about summed it up for me too.

Whisper giggled. I glared down at him, but he just ignored me. As I said, all mothers have that problem.

“Well, yes. A tree falling on your tent’s better than Try Number Five,” said Hawk. He picked up a stick and tilted the monstrosity a little to one side. “The popping would have been those sort of leafy bits.” He let it fall back. Several of the “leafy bits” fell off, and so did a chunk of what had been intended for a rim.

“Or maybe the kiln was just falling apart,” he added.

“The truth is, we don’t know what we’re doing,” I stated. “Every single try has been a catastrophe.”

“Oh, no!” Hawk shook his head. “That’s not true. Only Try Number Five was a catastrophe. All the others were just disasters.”

“And we need a cauldron before Nightwatch –”

Shamans are always allowed to ask questions. So are little boys – up to a point. That does not mean that little boys can be shamans. Especially when they ask the same question twice.

“I’ve told you before,” I snapped. “The Spirits of the Forest will be angry.”

“It is right to hunt for food,” recited Stack, “but not for pleasure of killing.”

“If we don’t use everything we possibly can of the animal we kill,” added Hawk, “the Spirits will think we do it for fun and will move the animals away from us.”

I think Stack muttered., “As they are doing,” but I ignored him. Again. It’s very easy to ignore Stack, which is odd considering he’s built like a house: broad, strong, ugly and thick.

“Yes I knoowww!” Whisper stamped his foot. “But why before Nightwatch – and what is Nightwatch, anyway?”

It’s only been a month – less – since we adopted Whisper into the Causeway Tribe, yet he’s fitted in so well we keep forgetting how much he doesn’t know.

“Nightwatch is the longest night, when the Spirits of the Dark have the greatest power over the World, and yet–” I stopped.

“And yet?” Whisper’s eyes were big.

He shut up at once. At least I’ve managed to train that much into him, that shaman business is not to be discussed in front of non-shamans. To be fair, it wasn’t difficult. Anything to do with being a shaman he listens to.

I relented – just a little. “But there’s a ceremony for Nightwatch, and we need a cauldron for that. The cauldron is the heart, the life of a tent, and of a Tribe.”

Oh, by the Stones!

“It’s you two that wanted to stop here in the first place!” I said. Possibly slightly more loudly than usual.

But I wasn’t going to let Hawk win this one. I prodded him in the chest. “It’s you two that wanted a winter camp, when I was quite happy to go on! You two that’ve been putting up permanent defences!”

“And now you’ve finally made me agree to stay here, it’s you two that want to move on!”

“Made you agree? MADE you agree? When did we – when did anyone ever make you agree to anything?” Hawk was quite red in the face – a ludicrous overreaction to my obviously reasonable arguments. “And now it’s YOU that’s insisting on us staying long past what we’d been going to. We’ve hunted the place out, we need to move off, and all you can do is whinge about cauldrons!”

“Exactly!” I exclaimed. “So we need to ask someone who does.”

“Who?” Stack always goes straight to the point. That’s another way he’s like a house: he’s very hard to push around.

“The nearest place is supposed to be Bulken,” said Hawk, taking deep breaths. “Eastish. It’s just an hour or so away, over the next hill.”

“That’s what we think, anyway,” said Hawk, ignoring me. Hmm. “Steep though, if you go straight,” Stack just shrugged. Of course. He rarely does anything else.

I waited, but no follow-up remark seemed to be happening. “I assume there’s a way round?” I said at last.

“The one we followed to get here?” Honestly, it was like getting milk from a flint.

Stack nodded – which made a nice change from shrugging. “Narrow valley, though.”

“No way.” Hawk and Stack indulged in choral negation. Stack shrugged in time with it.

I shrugged, but gracefully. “OK. You’re our Champion, it’s your call.” That is, it was Stack’s call, not Hawk’s. Arguable, actually, but I just like to lever them apart a little bit now and then. Especially when they’ve been misbehaving.

“We could get round from the north-east, though. It’d be a long way.” Hawk sounded just a little cross again. Tsk tsk.

Hawk struck his hunter-staring-at-a-distant-horizon pose. “Not bad once you’re past the pools. The best path’s up a nose, and that’s a bit steep, but not really a problem, and you come over the top of the hill. You’re facing south, but a lot of the trees below you have been cut down, so it’s brambles and thickets. Better higher up, of course. Not a lot of game, though, so we don’t go that way often.”

“Well,” said Hawk, “anyway, we’ve seen this spiral of dust only a couple of hundred paces further, just floating up from under the hill. It must be Bulken.”

“Definitely dust. And one time there was a sort of rumbling sound. They must’ve been pulling walls over or something.”

“Why should they be doing that?”

All three – Hawk, Stack and Whisper – shrugged, simultaneously, as if they’d rehearsed it. Hmm. If Whisper wants to be a shaman he needs to learn whose side he’s on. Not that there are any sides, obviously. And not that he’s going to be a shaman: boys can’t be shamans.

I frowned. “Well, OK; so how exactly do we get there? And who’s going?”

“All or none. We’ve more to lose by dividing our forces than by leaving the camp undefended.” Hawk looked at Stack as he spoke, but unfortunately not with the air of expecting contradiction. Stack simply continued to look his usual sulky self.

So next morning we got ourselves together, I danced the Blessing and spoke the Words Of Departure, and we set off for Bulken to buy a cauldron.

It sounds so simple, doesn’t it. 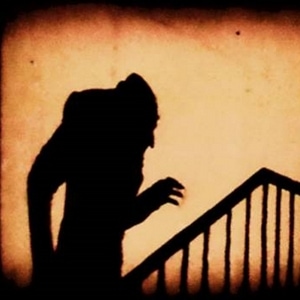 A cauldron. A simple cauldron. The sort you cook stew in. That's all Seer wants. Is it too much to ask?

This looks very interesting so far, I'm excited to see where it goes! 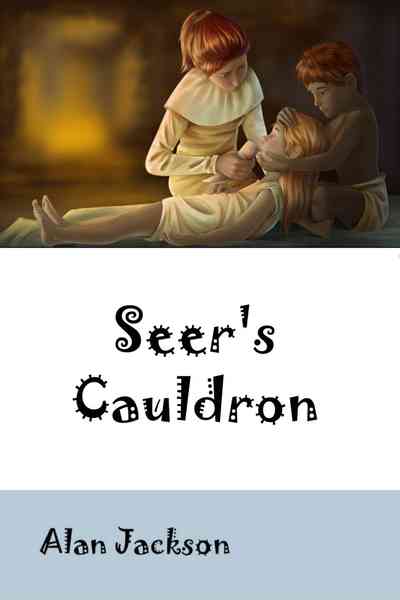 Seer needs a cauldron, to boil her potions in. Somehow this starts a chain reaction which finishes with Seer leading a very diverse group in an attack on a decidedly unpleasant enemy. But she does get her cauldron, in the end!
Subscribe 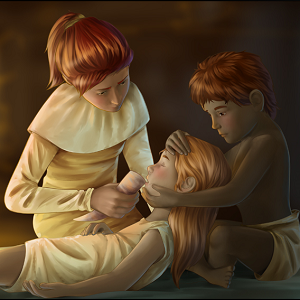