Rajini crumpled the paper into a tight ball with all the force she could muster. She threw it hard against the opposite wall of the kitchen. A grunt of annoyance escaped her lips. The paper ball landed on the floor with a light thud and rolled away.

With a groan, she dropped her head onto her arm. Her fingers clutched her hair in frustration, anger started to rise within.

Her wolf roared and growled its displeasure. Pacing back and forth in her mind as she ran her thoughts over the news she had just received. A scream bubbled up in her throat, ready to escape, but she swallowed it away. No one needed to know this in her pack, not yet. She wasn’t ready for their meddling noses.

Why her? Her nails dug into the surface of the wooden table, leaving scratch marks over the wooden surface. Looking at the damage she had done, she felt glad none of the mated females, who cooked for the pack, were around to tell her to stop destroying it like that. They’d probably give her a spank or two for demolishing good furniture.

"What's the matter?" the voice of Adam, her alpha, echoed, breaking through the swiveling mess of her own thoughts.

Rajini gave him a grunt in reply, not bothering to look up. She heard him take a few more steps, followed by the rustling of paper.

Adam inhaled slowly, the sheet had stopped moving in his hands and Rajini knew he had just taken note of what was printed on the letter. The chair next to her scraped over the floor as her Alpha sat down beside her.

Rajini slowly lifted her head to look up at Adam who was now sitting beside her. The male was still strong, his changeling muscles showed that. At the same time he had thin lines on his face that gave away his older age, just as the grey that streaked through his once dark brown hair.

He placed the letter on the table in front of him, smoothing it out to undo the wrinkles. Adam’s blue eyes looked up from the paper to her. His gaze piercing through her. They always made her feel like he could look right into her soul.

Her dark brown wolf shook its fur at the look Adam gave them. The look of her Alpha always made her somewhat uneasy, no matter her own rank.

"You have to stop this, Adam," she said before he could say a word, “Please.” Her eyes changed to that of a desperate woman. She never asked for anything. Never had begged before in her life, but that changed today.

"You know I can't go against the Leyum's wishes," he told her, keeping his tone even and gently.

"They can and they have. If I asked them to stop this, that would mean going against them. Do you know what happens if I go against the Leyum?" he paused for a moment to allow his words to sink in. "They'll turn against our whole pack. We'll be cut off from every resource. We'll be put in exile.”

"But..." Rajini tried again. The word exile still rung in her ear. She couldn’t do that to her pack. They’re location was far from the other packs and if they were cut off from resources they wouldn’t survive the winter.

“Rajini, I’m sorry, but if the council sends you a letter like that, there isn’t much I can do. They’re power is too strong for me to go against. If the Ghuardian has approved of this as well, there’s nothing that can be done. We all just have to do what they say and hope for the best,” he gave her a sad smile.

"It's a summons,” he continued, “With a trial of three months. If things don't work out, you can come back." He smiled at her, then leaned over the table and ran his knuckles over her cheek in a gentle caress. "And, who knows, maybe it won't be that bad. You know your mate isn't here, this is your chance to find him somewhere else. He could be out there waiting for you and there’s always a chance that it'll be him." The alpha motioned, referring to the sheet on the table between them. "Plus, it's a real honor to be selected as a candidate for a Beta of the Ghuardian."

Rajini eyed the paper and slowly pulled it back towards her, reading the lines again slowly.

You have been selected as a possible mate to one of the Ghuardian’s Betas. You will be given accommodation within the Garra De Luà Pack. You will leave by plane within a week’s notice of receiving this letter. Everything is pre-arranged in advance for your travel.

You will be given a three-month trial to see if you fit as a mate and partner. Your test will start on the first day of March.

A series of trials will await you. The Leyum has planned out these trials themselves according to your own level and skill set. They will follow you closely while you perform every test given to you. Do your best on each and every one of them.

We wish you well and hope to see you soon.

With the best of wishes,

The letter, or note even because it wasn't long at all, just stared back at her. "I don't get how they even found me as a candidate."

"Every unmated female from 25 to 30 is eligible. All the alphas have to keep records of that," Adam responded.

Rajini blinked at her Alpha, "You keep records of every female?"

"Yes, not just the females but of everyone within the pack; births, matings, all of it. The Leyum needs those numbers, you know that, and I don't know how they decided on you," he said and shrugged. The man leaned back in his chair and looked at her, "One of the members of the Leyum was here for a visit during the winter, remember? Maybe he came to inspect the unmated females, who knows? But I can't undo this Rajini, I'm sorry. It's for the betterment and best interests of yourself as much as the pack that you should go. It's just three months and then you're back."

He got up and smiled down on her. "You'll be fine. You're tough; we both know that. I'll get in contact with the Leyum and arrange everything for your travel with them. You go pack and say your goodbyes to everyone. It's a long trip and I think you'll need to leave within a day or two." He ruffled through her long brown hair, then walked out of the kitchen.

Rajini looked after her alpha and sighed. Getting up, she snatched the letter from the table and walked out of the common house owned by the pack.

Annoyed steps had her crossing the field that’s in front of the building to find her way to her own lodge. The pack grounds had scattered wooden cabins within the territory, with a few houses that were for everyone to use, like the kitchen and dining area.

Rajini had just stepped onto her porch, when she heard her name being called. "What? I'm not in the mood, Jonah," her best friend watched her with his deep blue eyes. His blond hair was, again, a mess on top of his head.

Jonah made a fake pout and walked over to her, leaning against the railing of her porch. "What, not happy to see me?” he asked, amused. “Anyway, we're going to the lake this afternoon. It's the first actual hot day of the year...or are you too good for that, now that you're almost a beta?" He gave her a wicked grin. “How long before Adam makes it official?”

Rajini eyed the paper in her hand, knowing she should get things ready. Adam wouldn't be happy if she went against his wishes, but right now she didn't care and she still had at least two days left to grab all of her things. She wanted to enjoy what little time she had left with her pack and friends. "I'll join in."

"What's that? A love letter?" Jonah wiggled his eyebrows and before she knew it, he had the sheet in his hands, held open, and was reading through it. His eyes went wide. "Rajini..." he whispered breathlessly.

"Not a word, Jonah, I don't want to hear it. Let's go for that swim and don't bring this up." She snatched the letter back from him and took in a long deep breath. "I'll tell the others when I feel like I'm ready, and that's not now."

"Alright," Jonah reluctantly answered, “did you talk to Adam about it? He might be able to put a stop to it."

"I did; he can't. It would put the pack in a very difficult situation. It's just three months."

"I'll get some wine for somewhere this afternoon and we'll drink on it." Jonah promised her. "See you soon,” he leaned over the railing and kissed her temple. “Don't worry, Gorgeous, you'll be fine and if not, you can call me and I'll come and kidnap you." With that, he jumped off the railing and walked off.

Rajini looked after her friend and smiled softly, rubbed her temples, and then walked inside. She threw the paper into the bin and grabbed her swimwear. The bag she should pack didn't even leave her closet. 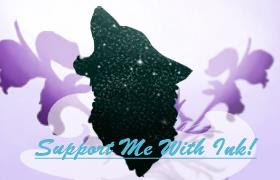 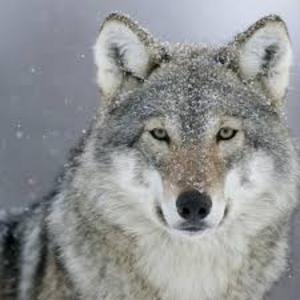 And welcome to my first story here on Tapas, thank you so much for checking it out and giving this a shot.

Feel free to leave a like, comment or even subsribe. Those things mean the world to me!

I'm sending much love and gratitude your way.

I have noticed that the chapter lenght is pretty massive. After chapter 30, the chapters have been shortened for convenience.

On to something else: How would you feel if you received a letter like that? Would you just comply or try to fight? 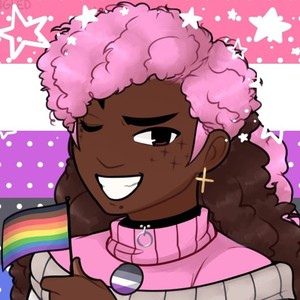 Fiirst. Your chapter length isn't massive for me, I really breezed through it. My stuff on the other hand often creeps a little too close to the character limit, lol. I've read ahead but I won't give spoilers so I'll just say that out of all the chapters I've read so far, chapter 1 remains my favorite. The simplicity and the obvious relationships between everyone really immerses me into the world and sometimes I can't help but wish that Rajini just stayed in her pack and became a beta because I just love the setting so much. I liked Jonah and Adam the moment I saw them and the pacing is really nice, we get right into the swing of things without any delays! There was something I wondered about though, if Rajini was supposed to become a beta how come she didn't know that her Alpha counted the pack? Or was it just the shock talking? 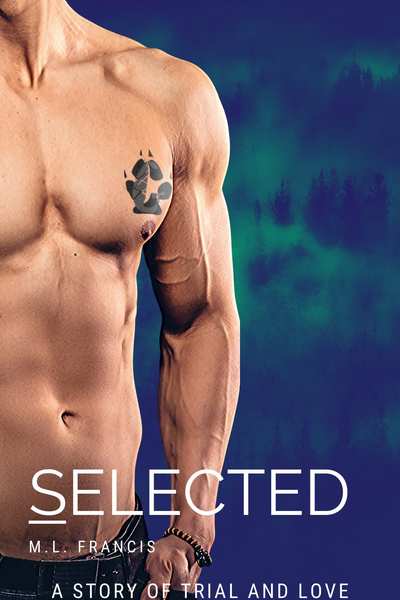 Sometimes your wolf knows better than you.

Time is running out for shifter Ray. With his thirtieth birthday fast approaching, he knows he must select a mate or lose the coveted rank of Beta to the Ghuardian.

Fiercely independent Rajini has to stay with a hostile Beta as his potential mate. Desperate to return to her pack, Rajini agrees to complete the three-month trial, despite constantly clashing with the arrogant and overbearing Ray.

But with their inner wolves deciding they are a perfect match, Ray and Rajini find it impossible to deny the passion that threatens to consume them. Will they follow their hearts or fight against their nature? 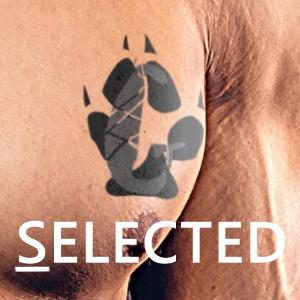