"If that isn't my favourite shapeshifter." Elliot greeted them. "Which name do you go by at the moment?" "I decided to go by Night for the moment. Maybe you should think about changing yours as well sometime. Makes it easier to keep track of time if you change it every once in a while." "Nah, I'm good. You know, time isn’t that complicated if you don’t use an obscure calendar.” He grinned teasingly. “It’s the only truly correct one. Several billion years old and still accurate.” Night grinned back. “Do you want a cup of something? I recently got my hands on some rather special ingredients and well, what’s an alchemist to do but mess around a little.” “I would say no, but I’m immortal, so screw it. The worst that can happen is it giving me a bloody headache.” “That’s the spirit.” He poured a strange liquid in a small cup. It was black. Really black. Like negative light. And it smelled new and unfamiliar, but delicious. They took a sip. “This is surprisingly good for one of your experiments, but I don’t notice anything.” “Wait for it...” Then night almost fell from her chair. “That was...Intense. I suggest toning it down a bit.” “The idea for it was to be intense!” “Well, in that case, you succeeded. But why?” “Simple: I get a lot of people at night who try to stay awake for as long as possible to get things done. Most beings need sleep, you know. So, I just kind of found an alternative to drinking way too strong coffee.” “Whatever you say.” “I like the new look by the way.” Night had chosen a female form for a while, but if they were honest, they didn’t really care. In the end it didn’t matter, they just felt like it. Their hair was a turquoise colour and in a loose bun on their head, revealing pointy ears, eyes that were completely black with little white specs in them, like little stars and a taint that matched the vampire across the counter. Their teeth were sharp and pointy and their tongue split in two at the end, like a snake’s. “So do I. You haven’t really changed though. Still the same shade of ginger, still the same green eyes. I suppose vampires don’t change as much. Well, most of them don’t. Do you still make that amazing ice coffee?” They smiled as Elliot got them a cup.

Just after they had finished their drink the clock on the wall made a small noise signaling that it was only ten minutes until three. “Well, I’ve got to go. Nice to have seen you again, bit I have an appointment. See you.” Night didn’t leave Elliot time to say goodbye. They never did.

Meanwhile Patricia Fall was getting more and more impatient. Her client should have been here ten minutes ago. She looked at the phone on her desk. Maybe she should call. No, she should be damned if she did. That would make her seem like she really needed the money. She did, but she didn’t want to show it. Instead she grabbed a book and just as she wanted to begin reading someone knocked on the door. “Come in please!” She said a bit louder than necessary. “Hey, sorry for being late, my watch stopped working.” Lied Night. Actually they had just forgotten the appointment. “Well, you’re here now.” “Do you have the cloak?” “Well, do you have the money?” "Here you go." The shapeshifter put fifty gold coins on the table. The magical tailor handed them a box. “I would like you to try it on. I want to see if it fits you.” “Oh, alright.” They vanished behind a door Patricia gestured at, then returned slightly taller than before. “Fits perfectly.” The cloak was black, but a kind of black that somehow made you think of purple. It was largely just a normal cloak, if you ignored the fact that it perfectly cast a dense, dark shadow over Nights eyes, no matter where the light came from. They put down the hood. “Thanks, Mrs. Fall. Have a good rest of the day.” Then they left.

-Some sort of chocolate cappuccino

-Ice cream of your preferred flavour (I recommend caramel, vanilla or chocolate)

-Ice cream sauce (Something that fits your taste)

-Other sweet things of your choice

-Put the cappuccino and ice cream in the cup.

-Decorate and improve with Ice cream sauce and sweet things. 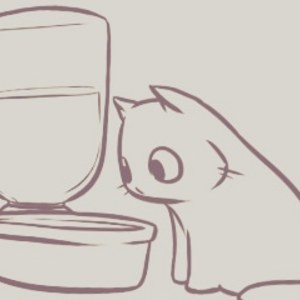 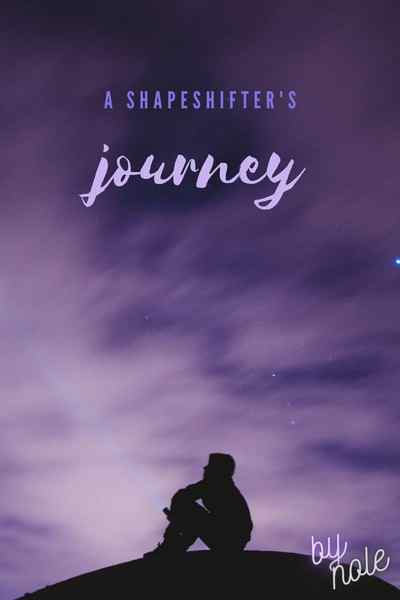 Night is a strong and mysterious shapeshifter. But who can blame them, millenia of constantly changing shape can sort of blur who you are, especially for other people. Follow their travels through the world of illuminimina and their taste for drinks.
Subscribe 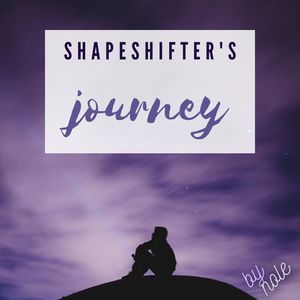