Sheriff of the Dead

Officers filed into the briefing room. The shuffling of feet was heard with the mix of papers being rearranged and hot coffee being sipped. People find their seats and the chief walks in with an arm full of case files. The chief looked around the room and ran a hand through his oily hair. He had bags under his eyes and he sighed,

“Alright we have a transfer from the lovely department of washington. A mr. Avern Welcome him with open arms.”

Some of the officers look at a man with pale skin, brown eyes and dark hair. Who gives a brief wave.

The chief clears his throat, “Now onto business. Jackob, Allen you're on street patrol.

Maxwell, Thatures, there's another set of missing persons cases here on my desk. Go with Everic and Taverk on this.”

The chief let out a long sigh, “Now as for you Avern, you're with Clayton. There have been hijacked cars that all crashed at the same spot. Nothing is missing from the vehicle besides the pieces that fall off from the car.I think we all have a sneaking suspicion that we all know what this is. But hopefully it’s just a bunch of crazy kids. In the case that it’s not there’s a dog cage in the storage or if you have one, use it. Alright that’s all ,dismissed.”

Some of the officers sigh in relief while others look at Avern like Avern was just paired with the devil. Allen, who was sitting next to Avern, turned to him.

“A tip from the wise. When he starts talking out of the blue and he’s not facing you or has not called you by name. Then he’s not talking to you.”

Avern raised a brow, “where is he?”

Allen pointed to the back of the room where Clayton was sitting. Clayton had short towhead colored hair that poked out from under his officer baseball cap while he had sideburns. He wore a dark brown leather jacket while he had a set of black jean pants held up by a light brown belt. He had a handgun on his hip and a coffee in his left hand.

Avern walked up to Clayton while he put his hand out, “I'm Deric Avern but you can refer to me by last name or first name.”

Clayton staired for a long moment at Deric. Then the space around Deric, “Hi.”

Deric raised a brow as he watched Clayton stare at the space by him.

Clayton nodded, “Got it.” Clayton then looked at Deric and sighed, “Alright come on. I'm hoping it’s not what i think it is.”

Clayton then began to head out of the building with a confused Daric behind. Daric rushed up to him, “wait we're supposed to stake out at night, that's four hours from now.”

Clayton nodded, “That’s correct. But first I need you to head to the hot spot where the cars are taken. Then I'll meet up with you there once I get the cage and marshmallows from my house.”

Daric raised a brow, “Why the marshmallows and dog cage?”

Clayton shrugged, “if it’s what I think it is, we'll need both.”

Daric watched in confusion as Clyaton walked away to their vehicle.

Daric watched the sun set from in his car he had set up in the spot most of the reports of hijacked cars came from. His attention was caught on the road when he saw Clayton pull up on the other side of the street in a sheriff’s vehicle.

Daric heard his phone ring and picked it up, “Hello?”

There was a response, “Hi Daric. I just wanted to see if this was your phone number.”

It was Clayton. Daric narrowed his eyes at his phone, “How did...you. Nevermind. So what do you think we are looking at a bunch of kids causing trouble?”

Clayton huffed and ran a hand through his hair, “I hope that over what i think it is.”

Daric was about to ask another question when he was interrupted by a bunch of skittering coming from under and on top of his car. “The freak?”

Clayton looked at Daric's vehicle with wide eyes, “Drive! There right on top-”

Daric didn't hear the rest. Clayton’s statement was interrupted by high pitched maniacal laughter when alive garden gnomes the size of cats came crashing through the windows of the car. Daric let out a scream and pushed the gas on the car while he grabbed the radio. “This is officer Avern! I have multiple garden gnomes trying to take my vehicle! I'm at sungrove road and northbound!”

A woman on the other end let out a sigh as if she had heard this before, “Gnomes? Like garden gnomes?”

Deric ducked when a gnome went to bite him in the face and made a sharp turn at a stop light, “YES!”

There was another sigh, “Alright, all units to Sungrove road and northbound. The gnomes came back. Again.”

Clayton drove ahead of Deric’s car. The sound of the engine roaring mixed with distant police sirens. Quickly Clayton got ahead by a block, stopped his car on the curb side and pulled out from the back seat a dog cage filled with marshmallows. He let out a loud whistle, “Marshmallows! Get your marshmallows!”

Daric watched with wide eyes when the gnomes began to giggle and leap out of the car. They ran over to Clayton and rushed into the cage for marshmallows. Quickly Clayton closed the cage door once all the gnomes were in.

Daric parked his car and walked over to Clayton, “How did you know?”

Clayton looked to Daric, “This is the fourth time this month something involving gnomes has happened.”

Clayton looked to the police cars all pulling up. When the chief got out of his car he saw the gnomes and sighed, “Alright so clearly sending these things somewhere else doesn't work. Where do we send these things?”

Clayton hummed and settled his gaze on the gnomes, a dark glimmer in his eyes, “We could alway try the eastern woods.” Clayton looked to the side, “Or we could ask the duchess if she has a use for these things?”

This the gnomes seem to understand as the second they hear the name duchess they began to whimper. Chief eyed the gnomes, I” think a month of work for the duchess would do them good. I'll take them to the duchess.”

Chief nodded and Clayton walked away to his car and then drove home.

Clayton parked the car once he got into the driveway of his house. He began looking along his keys for his door lock. Right when he found the right one was when he reached his door. Only to hear arguing?

“I can't stand you! This is why I work alone. But no! They paired me with you!” A feminine voice ranted.

Clayton quickly unlocked his door and kicked it open to see a woman in a Victorian dress and a man in a gunslinger's costume. They didn't seem to notice him as the male retorted, “Well excuse me princess! Sorry that I like to do things differently you little entitled bitch!”

To this the woman gasped, “That is it! I'm going to wash your mouth out with soap, you putrid excuse for a demon!”

She pulled out a sword. A real damn sword that glowed and charged at the man while the man pulled out a scythe with a skull on it, “Try it princess!”

Now Clayton isn't sure what made him do it but he charged between the two. Bright light flashed and he felt his head go light when he fell unconscious. 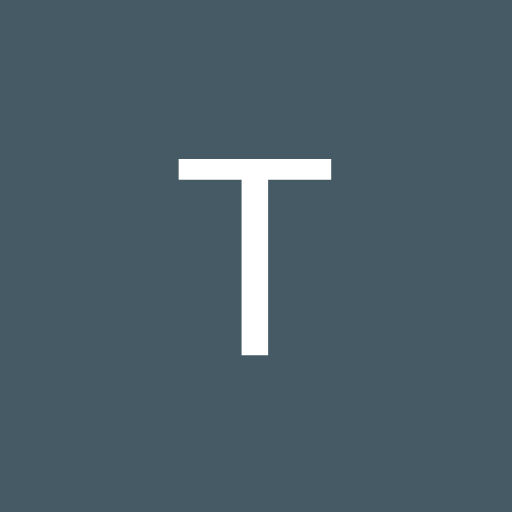 So far so cray XD 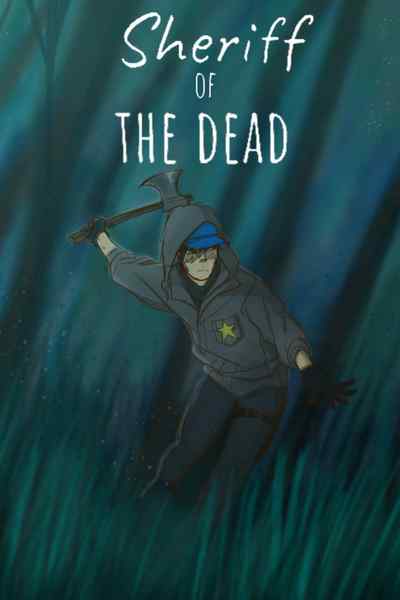 Sheriff of the Dead

When you're a part of the Sheriff department in Indiana of the good old U.S.A You would think you would have a normal job...That's what they all thought until they met the evil garden gnomes or the very real wendigos. Oh or that time Clayton got stuck with a literal demon and angel with him. Oh.. that's still going. Right.
Subscribe 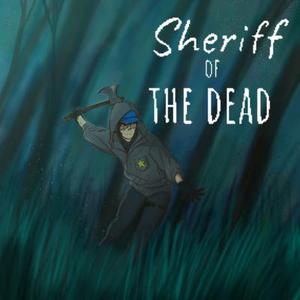