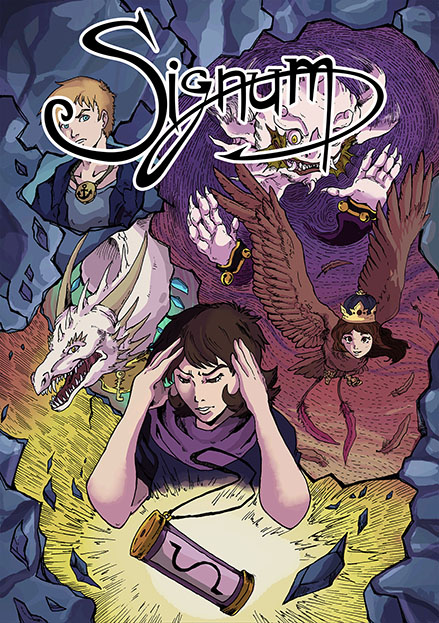 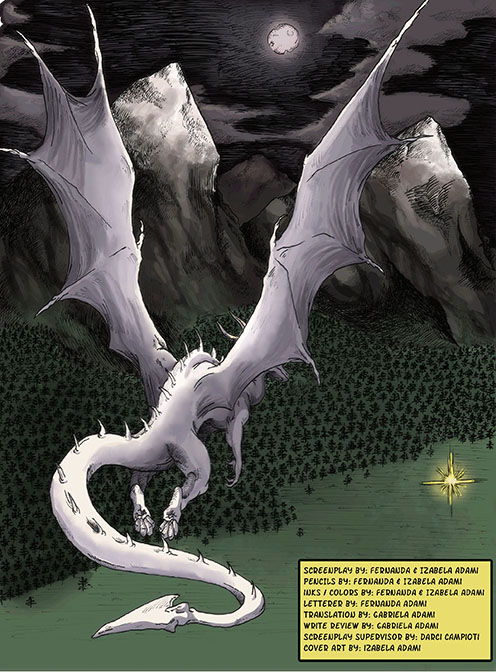 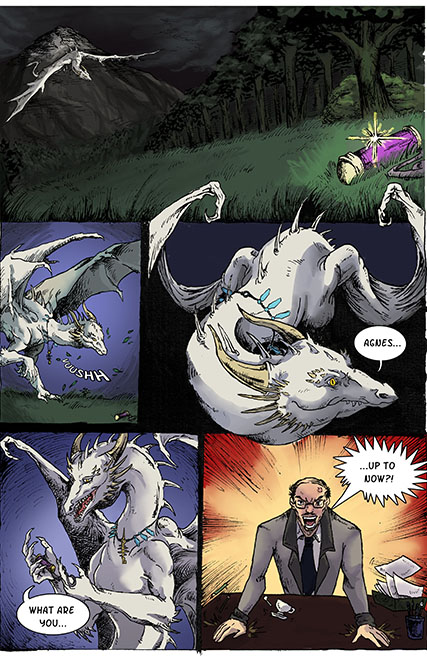 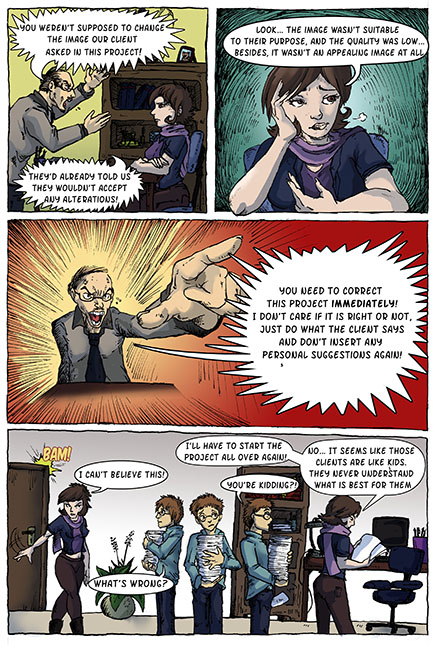 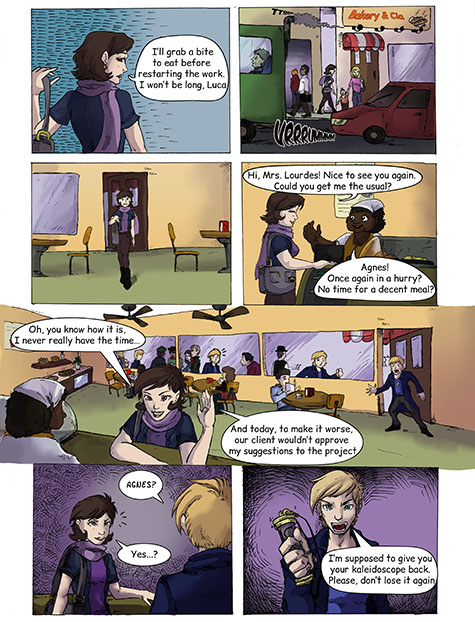 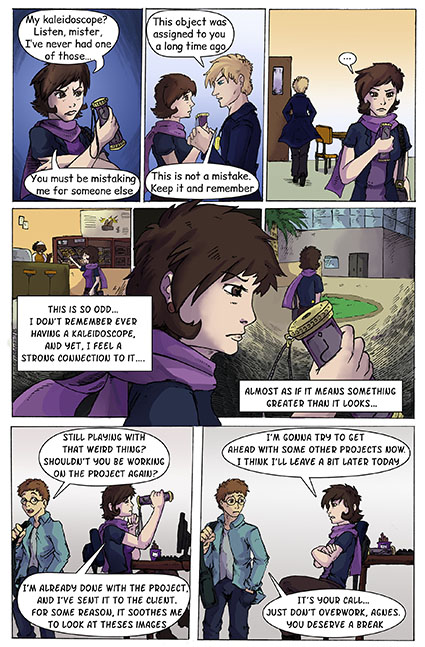 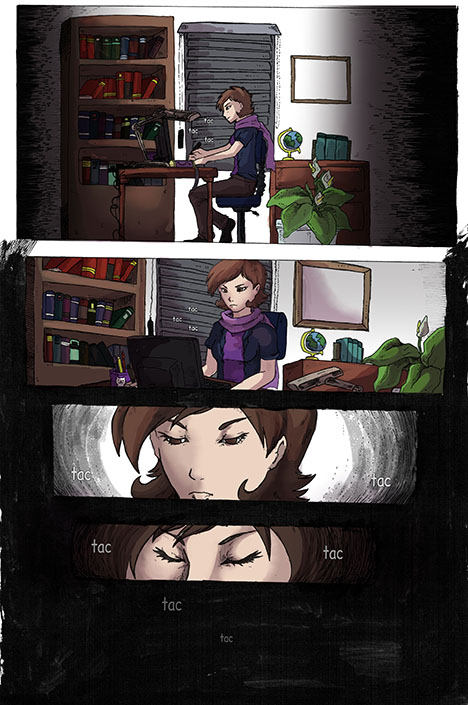 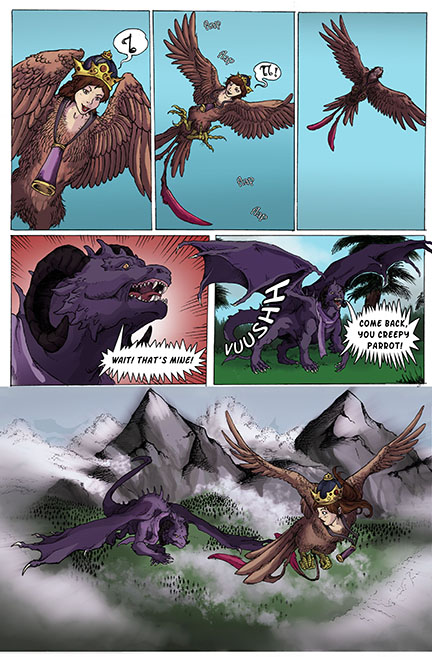 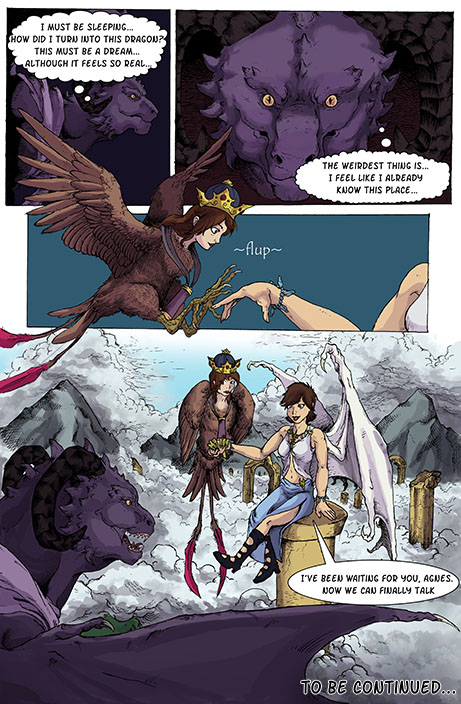 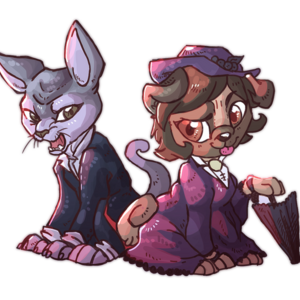 Agnes intended to lead a normal life by working in an agency, when everything turned upside down when she received a kaleidoscope from a stranger.
Strangely, this object doesn't appear to be ordinary, and fantastic events begin to torment her, casting doubt on her identity. 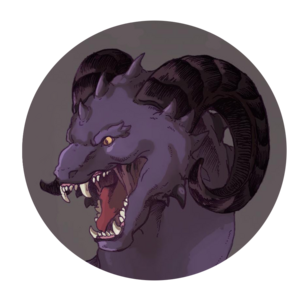 In a universe where dragon gods coordinate the lives of fantastic creatures and humans through magical objects called "signum," a traitor appears who seeks to overthrow the gods and take their signums to become the main god and create his own universe.
It will be up to the gods to prevent this ambitious plan before the very existence of the universe is in danger.
Subscribe 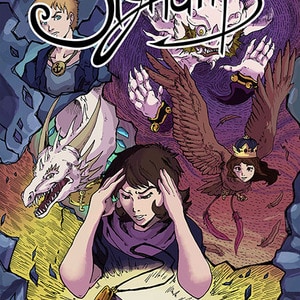