Hey ma and pa! How's the farm? Are the twins eating good? Did you remember to feed Mr.Purplewink?

"..wow. I sound worse than my aunt." My voice falls, settling to a hum.

I’ve been mulling over how to write my first letter home for the past week now. Being the oldest of five and the first in the family to have a (slightly) above average magic. The day I grew the biggest bean stalk in town was both embarrassing and amazing.

Although I'm still not used to the attention and praise I've gotten from friends and neighbors, I'm grateful they helped me take a chance at coming to this school. It's everything I could hope for and more than I could imagine!

In...more ways than one.

"Heyy, Roman. Lemme copy your notes, will yaaa?" A lazy voice crawled behind me.

"Again? And for which class?"

"Yes. And yes, please? Pretty please?" Those sharp eyes blinked sweetly at me, but I couldn't give in!

"Listen Hickory, I know I was pretty overly helpful in the first term, but I really want you to put in more effort."

"I know I know, thanks as usual!" He winks and waves- my journal!?

And like that, he was gone in a flash. That guy...

His name was Sedor, no family name.

This man- or merman to be exact, was 7 feet of pure party and 0 inches of serious. That wasn’t to say he was a bad guy, even when he copied me, came late to study groups, turned in his share of work late, or hell even the floor was constantly wet!

I can never wear socks again…

But beside me wanting to walk on dry floors, again, he wasn’t a bad person and seemed to make lots of friendly connections pretty fast. To be honest, when I first arrived, I was nervous as hell. Being in a new town with new kinds of people can shake up a country guy like me I guess.

There were a few people I offended as well, stepped on someone's tail, spooked someone into turning to their miniature form, and all the while I kept wondering how I kept messing up. It was Sedor’s advice about the many kinds of students here that helped me be more aware of my bubble and other peoples bubbles too.

And I couldn’t be more grateful. Now I managed to make a few friends and makeup with everyone, I even get to lead our study groups together. Though there’s always this one guy who I never really got, and neither did Sedor.

He was the talk of the campus, specifically his family name.

Once I had tried to speak with him and offer some advice about a lesson that he looked to have trouble with, I think it was in Professor Aradhel’s class. But as soon as I went to guide his hand, it was like a firecracker went off and singed my hand. Then he laughed and said it was on purpose!

I’m usually not one for confrontation, but after I told Sedor about it, it turned out he marched over and gave him a piece of his mind.

Rumor has it that this student is…

A huge trouble maker that loves to goof around and pretend to be some big bad villain.

Not that some of them are wrong, I’ve been caught in a few explosions and random snowstorms myself. Any attempt at getting him to stop always ends with the guy running away! And he’s barely around in class. I still have no clue how or why he’s still here if this is all he wants to do.

“Mmm...guess I’ll mention some of that in the letter. Er, I’ll leave out the life endangering shenanigan stuff." 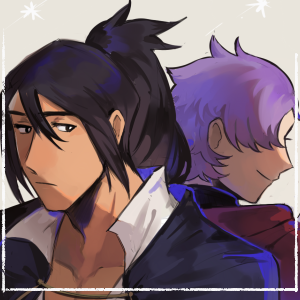 WHEW, thank you all so much for your patience!! It took a bit to finish the cover, but here is the first chapter!!! These will most likely be episodic, meaning you can read any in any order ^_^ specifically in this I wanted to open with one of the first side characters, Roman! small fact to add, his name is Roman in relation to roman lettuce since his family are agricultural type wizards, their magic isnt as crazy as Romans, but it helps get the job done! 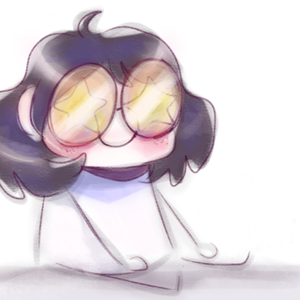 i relate to mr roman lettuce here, wet socks are just not it. and with the letter writing thing? mr veggie, i relate to you on another level. 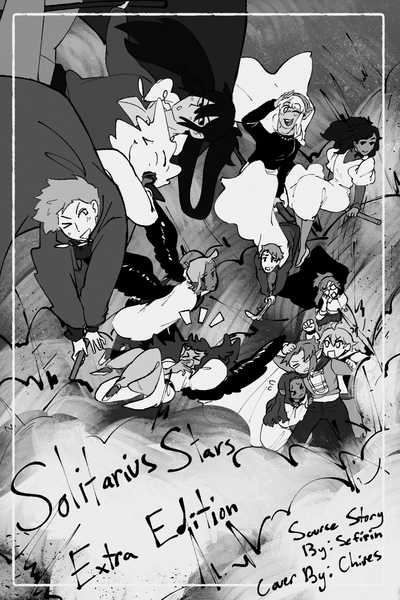 This is a novel series dedicated to the main webcomic series Solitarius Stars (written+drawn by Sefirin). This will contain extra content for readers of the main series, written by Chives who is part of the Eggroll team with Sefirin. Please note this will not contain heavy plot content, suggestions and comments are encouraged!
Subscribe 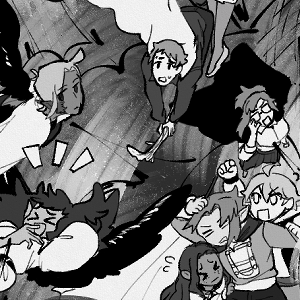