Life is cruel usually, don’t you think? So why should we try to understand it when we can just skip it! Okay… At least we should give it a shot and see where do that lead us at the end.

Sometimes this makes me think it’s a good way to get rid of some stressful or self destructive thoughts that could drive you mad at some point.

I know, right now I’m just doing a bad job at convincing you of doing exactly what I love to do. Nothing would ever entitle me to tell you what you should do with your lives, but you’re lucky today.

I’m not planning to do such a terrible thing, except if I think you’re gonna do something REALLY stupid in a few days time or so.

Yeah, go ahead and call me a nosy guy or even an oldtimer if you prefer. That won’t change the fact that you’ll end up admitting I’m right about whatever I’m trying to tell you here.

Right, you’re right, I can’t tell for sure whether or not you’ll finish reading my story, and you know what? I don’t care! That’s the best part of all of this! It really is, guys!

Then I should explain my motivation to keep writing some boring or weird fairy tale that might make the average reader throw up after reading the first two or three paragraphs. It gets quite hard to do so since I don’t expect you to believe me.

Actually, I’d suspect from anybody that would immediately accept my viewpoint just because, without asking for any real proof of the very existence of the places I have visited in my strange travels.

If you ever thought I’m crazy, such a guy would be a total lunatic then. Listening to me could be dangerous for your minds so go ask for an appointment with your shrink before it’s too late for you to get out of this terrible mess.

At this point I’ve got to ask you if you’ve watched any movie concerning some strange character becoming part of a virtual world like a videogame or just some strange country where people don’t mind killing each other in a strange sort of tournament.

Hey, I’ve even seen that on a few anime as a side story or as part of the main plot in the last few years! Did you watch them as well? Then I’d pity you as much as I hate my own bad luck, and nothing seems that’s ever gonna change that, you know.

Most of the time you’ll see they portrait a lame guy becoming the legendary hero that some ancient prophecies announced.

There are other plots that humanize him to the point of showing him as a guy next door that’s mentally broke down and after some long suffering he manages to overcome his greatest fears once for all. Man, I wish that would be my case here, but it isn’t…

To be extremely and unnecessarily honest with you, I was unable to speak their tongue. Day after day I just wished I’d cut some criminal’s tongue to get their ability to communicate as fluently as they could do it.

Of course, I’d have been sent to prison in no time, especially because I’m a lousy liar.

No, I’m not telling you to commit any sort of crime, I’m just trying to let you know how frustrating it was to be there and don’t know what to do next while I was starving, feeling the cold rain drops stumbling upon me as if I was a mere nuisance instead of an actual living being.

Out of the blue sky or the salty sea, a strange couple couldn’t resist their urge to help me somehow. Thus I was able to get some vegetables and a meager piece of bread.

Now I can’t tell you for sure if it was a soup or any other kind of dish, at that moment I didn’t care and kept munching everything at sight. It tasted delicious or my numb senses let me think so.

The “best part” came thereafter, when they lead me to a cabin where I was supposed to meet somebody that could help me. I started thinking he or she would let me go home, but it was an awful lie! “No! Don’t even dare!” I yelled at them. The reason was simple, that guy introduced himself as Alex…

Why should the lame guy suffer a huge transformation atop of a mountain? Couldn't he simply be somebody that has no mental illness nor a childhood trauma waiting to explode for any stupid reason at any moment? 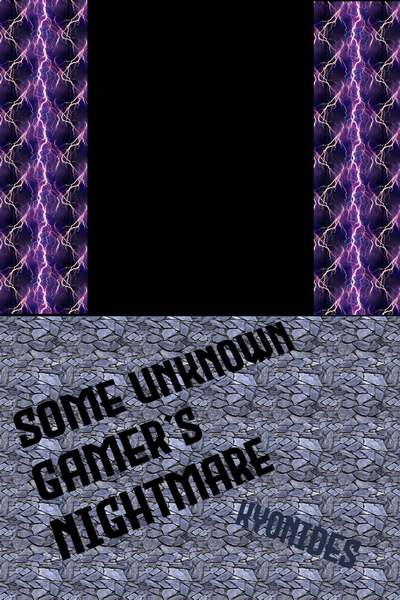 Travelling to an unknown place that resembles a videogame was not our lead character's goal. In fact, he hates his fate, yet, he somehow manages to survive against all odds. This can't get any worse after meeting a blockhead and a childish dragonfly, right?
Subscribe 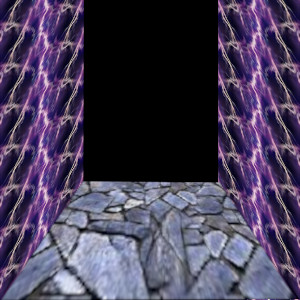