TATOOINE - THE PLANET OF GENOTERA

There was a loud crash as someone was thrown through the wall and into the streets, getting dust all over his long jacket.

"Can't go anywhere without someone recognizing me and calling me out for something I didn't fucking do..."

Not exactly peaceful, either...  thought Adrien Selataino as he dodged a bullet from the same person who had thrown him through the tavern wall.

Adrien had arrived in the town late morning, having been separated from his late father's friend Eiffle (who was an android) after the ship had crashed, and had only been there for an hour when people started to realize who he was.

Adrien got up, his robotic right hand twitching, as his assailant stepped out of the tavern, their gun pointed at him. Several others surrounded him, making escape practically impossible. After a while, he finally decided he needed to take action and reached for his own pistol, wondering if he'll regret his decision.

"NOW HOLD ON THERE, MATES!"

Heads turned towards the somewhat-feminine voice. Someone else - probably first mate - yelped as his cheetah ear was grabbed by his angry captain.
"You worthless whelps!" She growled, her red and aqua wolf tail swishing angrily from side to side. "I could make ye all walk the plank for tryin' to attack a friend if I didn't favor ye all so much, you sea dogs!"

"S-sorry, Captain!" The first mate quickly apologized, backing up as soon as she let go of his ear. "But his bounty is posted everywhere!"

"GET BACK TO ME SHIP." The woman snapped.

At once, the crew ran off, leaving Adrien with her and a few angry cowboys, who were advancing. At once, Adrien turned to a couple of them who were approaching. the woman standing behind him and facing another group.

"Nice to see you too, Adrien."

Adrien found the tone oddly familiar, but couldn't put his finger on it. Well, there goes his memory again...

Before he knew it, Adrien was on the ground as a few bullets passed over the two. He swung his leg, and one guy toppled into another, leaving an opening, and the two made a break for it. Leaving the town quickly, the two ran until they reached a cave in stone, going in as a sandstorm was picking up. It was here he finally recognized her.
"UMA?! Is that you?!" He asked. "Where's your brother? I actually wondered if he was with you."

Uma's cocky smile at her nickname quickly vanished, and she looked to the ground, a sad look on her face as she rubbed her arm. Adrien caught the look immediately. 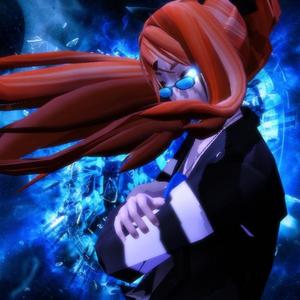 Adrien meets an old friend after many years - and with her saving him. But where is her brother? And why does she look sad at her brother's name being mentioned?

FIND OUT IN THE NEXT CHAPTER!

Also, sorry for the chapter being really short. V.V 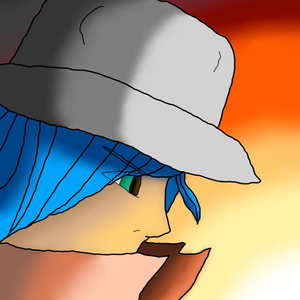 A space cowboy framed for crimes he did not commit, a captain of a ship called the Sea God and a certain purple-haired VOC's sister, and a VOC who shares a chip with a spirit - all are on the run from the law...

But only because of one's past.

{Game/movie/TV show refs await, as well as some locations and a bunch of High Ladys - oh, and some references to SharaX's Undertronic!)
Subscribe 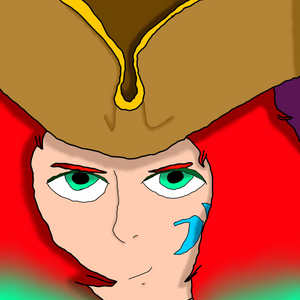