Apathy walked through the quiet, dimly lit halls of the temple. The rugs they laid down on the floor muffled the creaking of the floorboards and his hood hid his face, making him indistinguishable from the others who roamed the halls. The only thing that could mark him as different was the small, glassy white orb he cradled in his cupped hands. Its pearl-like surface quietly shifted over his flesh, like a small, barely-awake creature that was just blooming into awareness after sleeping for some time.

He didn’t seem to notice as the inky black iris opened, looking directly at his face, or he just didn’t care. Apathy only continued his walk, people bowing to his presence while he continued down towards the deepest part of the crypt. Where wooden flooring turned to polished marble, then again to rocks formed millennia ago in the caves.

There was a twinge of pain as he stepped onto the Rudalite veins, feet naturally recoiling at the unnatural withdrawal of power directly from his Soul. However, it never changed his path.

The Mediator, for that is what the orb was called, looked around. Its surface grew grimy, the glassy exterior turning an almost viscous mixture of roiling color, the fading light of the hallway behind Apathy refracting in 100 different ways. It would be beautiful if Apathy could appreciate such things.

Crypt turned to cave as the path continued to wind, further down and further in, tighter passages that were navigated in what was nearly pitch black. The mage didn’t care, stepping assuredly through the worn paths he had traveled before.

Soon, however, another light began to finally peek through, reflecting off the Rudalite that curled and twisted through the rough stone walls. Apathy turned a corner and that light was soon caught upon a deep, perfectly clear pool of water, scarcely just rippling around a small stone pedestal that sat in the middle of it and the smooth, terracotta tiles that floated into a path for him to walk upon.

There was a moment of quiet, the cave so perfectly silent, that Apathy could hear his heartbeat.

Steady as ever, he began his travels across the tiles, to rest The Mediator onto its base. It turned and looked at its caretaker, observing him again, almost lazily, as the mage returned to solid ground.

Having ended another meeting with the powers that be, Apathy recounted the events from memory.

Kondor had requested aid from Memocharo, Memocharo agreed to provide resources in turn for technology. The Republic of Rabba had expressed aggression, perhaps anger? They did not want to dabble in bartering. Why?

The Mediator looked up, speaking within Apathy’s mind, ‘Answer.’

The Krieg wanted to guarantee their harvests would be safe from what they believed would be an ensuing conflict. When Apathy had made moves to sequester him as well, he backed off, citing a joke.

The Krieg did not wish for trouble, but their leader is ill-tempered and lacks the professionalism of the other leaders. There was no trouble from him after this.

Conversation continued for some time, but there was little more than regular border dispute.

Satisfied with his reflections on the day, Apathy disrobed to the skin, leaving his coverings to be collected by a servant later. He turned to a corner of the cave, where weighted implements awaited him. Carefully, almost robotically, he lifted and began hoisting the metal. He made work in his arms, in his legs, in the spaces of his back and chest, and all other muscles that needed working. It was a slow, quiet affair that he attended to routinely in the night.

‘You exercise the body?’

‘Do you care for what is necessary?’

“No, it is required, I must function at full power.”

‘You care about maintaining your strength?’

“No, but I must do it regardless.”

After some time, working his muscles, Apathy laid the weights back to rest, then knelt and drank water from the pool.

‘You care for your body’s functions?’

“No, it is required, I must drink to maintain my strength.”

‘You care for maintaining your strength?’

“No, but I must do it regardless.”

The Mediator only watched his courier, this creature that had seen interest in his master’s existence. Or had it?

“I do not,” Apathy replied, standing.

The Mediator watched the muscular, toned physique that the mage had acquired over his years of routine, rhetoric.

‘Then you care for something. What is it?’

“I care for nothing, I desire nothing.”

“And yet I maintain my body.”

‘You care for this body?’

And with this, the Human lay himself down on the stone floor for sleep. Without a passing word, his eyes slipped closed and his consciousness slipped away. And in this rest, his mind did not meet peace. Tonight, like every night before and every night after, Apathy was plagued by nightmares and visions. Things he had not seen before, had not known to pass or been present to be a part of, were shown to him and he woke up with great stirring.

The moon was where it had been only a few moments ago, but Apathy did not care. He turned to The Mediator once again, “Query.”

A pause, “Why do you awaken me in such a way as this?”

‘You care for sleep, then?’

“I do not, it is required, for it will maintain my strength.”

‘So you care for strength?’ 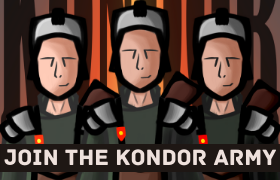 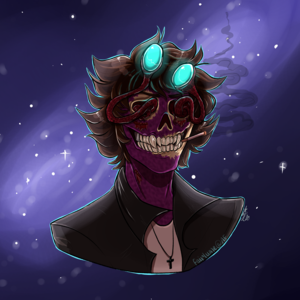 The first peak at the leader of the Seyrlaun Cult, a mysterious people with mysterious magic. 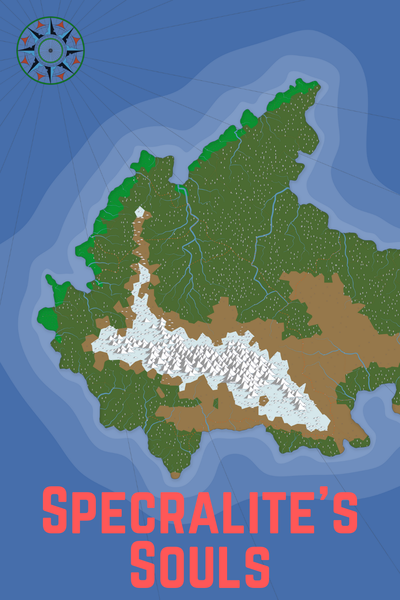 An expanding collection of short stories about the goings-on across the lands of Spectralite. From her mysterious cultists to her headstrong political figureheads, there's always something new to learn.
Subscribe 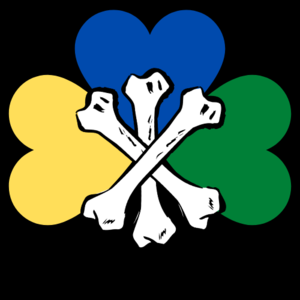