"Girl! Have you heard!? That bitch Karen just got promoted!"

"Really? Good for her..." Abby mumbled as she shuffled through her bag to find her wallet. She hands over her payment to the cashier.

"That's so fucking unfair! You should've gotten that damn promotion!" her best friend Brylyn says from the other line. "You were the one who did most of the work on that project, but she's the one who took all the credits! That's just bullshit!"

Abby sighed in exhaustion. She was indeed the one who did most of the work on that project and even had to stay overtime for a few days. What did Karen do? Well, she just sat in her office cubicle and talked with someone about clothes and sex most of the time. The person she was talking to often wasn't even a client, unlike what she says to the boss, it was a woman named Heather. Abby was also the one who talked with their client! Karen only appeared to 'have helped' when the client agreed. It was a sad reality for her, and she's mad at herself that she easily overlooked Karen for it. "6 brewed coffees for A-B-B-Gail!"

Abby sighed at the way her name was pronounced, how did it even come to that point?

"Hello? Hello? Abby? Are you still there?"

"Oh, right," Abby says, trying to avoid the conversation now. The more they talk about it, the more Abby felt sick thinking about it. "I've gotta go, Bry. I need to get my order."

"Oh, okay. Hope it isn't too crowded there--" Brylyn suddenly talked louder. "Now wait a minute, honey! I'm gonna kill you if I find out you're actually buying for those pricks!" Abby's not that surprised anymore that Brylyn immediately knew what was up. She walks up to the counter and claims her order.

"Sweetie, I love you, I do. But I'm not liking the fact that you're like this." she hears Brylyn say from the other line.

"I love you too, Bry. So, so much." was all Abby could say. She wasn't too sure how to answer her best friend correctly. But what she does know was that nothing could ever go wrong if you say how much you love your best friend. "You better do, because I'm gonna whip your motherfucking ass if you don't." Abby chuckles from this, and she tries to balance the coffees she was carrying to cross the road safely. "This better be the last time you do them favors, or else I'll pull a fucking Patty on your Ned ass. Remember, you're their colleague, not their errand girl dammit."

Abby hums, in careless agreement, she wasn't really paying too much attention to what Brylyn was saying because she was still crossing the road.

And then it happened all too fast. The coffees Abby was carefully holding onto was no longer in her grasps, her body is lying down on the floor, and she could hear screams. Her vision went blurry, and all she could see were figures gathering near her. She faintly smells her own blood, and it made her sick. The woman wanted to cry and wait for Brylyn to come to her rescue. And then she hears it.

Even though Abby now only hears a somewhat broken speaker ringing on her ears, she might've imagined her best friend's voice. Indeed if it's just a figment of her imagination, her mind projected it clearly. It was the voice that she's heard for many years in her life. The call of the person that sighed with her when she's sad. The only person who was with her when she was abused. The only person who was angry for her because she couldn't. The last living person on earth who truly loved Abby even though she's been broken since the day they met. "ABBY! Are you okay!?"

Abby tried to chuckle one more time, trying to reassure the voice inside her brain. Everything's gonna be okay. It's not like she left anything too valuable at home. In fact, all her things didn't hold much value. Her mind went blank, and she feels like a tear rolled down her cheek.

Brylyn. I'm sorry I left before I could even say goodbye.

Abbigail Walker was no longer here in this world.

Well, she always is, but that's not the problem here. The actual problem here was that just a few moments ago, she was talking with her best friend, and suddenly the line was cut off, with a crashing noise. It's absolutely nerve-wracking, to sit still, and think about all the possibilities that could happen just from that dangerous noise. She's aware that she worries too much when it comes to Abby.

She can't help it. After witnessing a big part of Abby's life, it's unusual to not get worried. And that crashing noise was not helping with her worries. From the sound of it, she thinks Abby was already near to their office building since she said she was picking up her order at the coffee shop that was just a few blocks away.

Brylyn was already at the office, trying to sort out some files before they start the day. She tries to calm herself down and reassures herself that Abby was going to arrive for a few minutes. She fidgeted on one of the documents in front of her. She was frantically glancing on the clock, watching as the second-hand tick and tick and the minute hand move accordingly to a minute passing by. The door then swung open, making Brylyn shot right up. As soon as she saw the person who just came in, she sighed and sat down again.

It's not Abby. It's just Steve.

This guy keeps talking as if someone's actually listening. What an idiot. Brylyn thought.

"Man, you guys should always be cautious of your surroundings, there's a car accident just a few blocks away," he said. "the scene looks serious from afar."

Car accident? Brylyn's mind was in shambles. She had a bad feeling with the fact that there was a car accident nearby and Abby is also nearby. She stands up and grabs her bag from her table, her eyes filled with worry. She hurriedly walks out of their office. A blonde woman notices her and asks. "Jones, where are you going--?"

"Shut your trap, Karen, it's none of your business."

The woman she insulted, Karen Pearson, glared at her for a brief moment and went back to her phone to text back cute the guy she met at a bar.

Brylyn was already outside, going to the direction where the coffee shop is. She was walking at a fast pace, even though she felt heavy to move. Her heart dropped when she was nearing the coffee shop. A large group of people gathered around something. She makes her way through the heaps of people seamlessly. When the scene came into view, she let go of her bag in shock. She lets out a small gasp. Her eyes widen, and her posture's turned stiff. A great sob escaped her, and she covered her mouth with shaking hands. Her best friend's name escaped her shaky lips, "Abby?"

She immediately ran towards her bleeding friend and held her in her arms. Tears raced down her cheeks as she cried out loud, knowing Abby wouldn't hear her.

It wasn't supposed to be today! He never said it was today!

She didn't care if her clothes were dirtied by blood. She knew at some point, Abby was going to die. She readied herself day by day when the time comes. But what Brylyn didn't know, it hurts so much to lose her. She hears the sirens nearing them, it felt so irritating to listen to it.

Brylyn's breath turned sharp when she felt a familiar presence. Her eyes quickly scope the crowd, and her eyes stopped at a 30-year-old looking man with black hair and eyes. He was one of the people who have gathered around, his expression showed pity like the many. Brylyn stared at the man and clenched her jaw. "You...!"

She carefully lets go of Abby and lashes out at the man. "You did this!" She grabs him by the collar and attempts to punch him in the face. The man suddenly speaks, "M-Ma'am! Calm down! I think you got the wrong guy...!"

"There's no way I got it wrong! I know it's you! You fucking prick!" she yells. Tears rolled down her cheek once again, but she isn't sure if it's because of sadness or frustration. "It wasn't supposed to be today! She wasn't supposed to die!"

The man looked scared by Brylyn's outburst. She attempts to punch the man again but was stopped by another man who grabbed her arm. "Stop."

Brylyn turned to look at the man who stopped her and is met with another shock again. She stuttered, "Y-You're--"

The new guy who appeared was a young man with blue-dyed hair and green eyes. Although he had a skinny build, he gave off a commanding presence. His eyes emitted mixed feelings, and his grip on Brylyn's arms loosens. "You're making a scene."

"I-I--" she bit her lip and lets go of the man hastily. The man hurriedly ran away when he got the chance. Brylyn bows down to the young man in front of her. "I d-didn't know y-you were here. I thought only--"

"Only the three of you were here?" the young man finished. The brunette fixes her posture and looks at the young man in the eye. "That's right. How come you're here? D-Don't tell me you also..."

The young man waves her off and gestures her to follow him. "Let's talk more in private. Wouldn't want to have curious people pry in our conversation, no?"

Brylyn nodded vigorously, desperate for answers. She calms down and follows the young man, ignoring the curious gazes from the people surrounding them. They soon find themselves in an abandoned alleyway. As soon as the coast was clear, Brylyn spoke in a hushed tone. "Did you perhaps... Killed yourself?"

The young man sighed and nodded in confirmation. "That's right. I woke up in this body and tried to track down you two."

Brylyn's eyes widened, her expression was horrified from his sentence. "But how did you...!"

"I risked everything," he said, avoiding her gaze. "I wasn't certain if it will work or not."

She could feel her heartbeat fast when he said he wasn't sure. It was a given that she and Abby were going to be here in this world. But no one was sure if one's soul will directly go here and this man risked it. He risked it for Abby. "It's too late. She's... dead. She's probably going back to that world." she choked on her words.

Brylyn felt the emptiness of his words and saw the young man avoid her gaze. She could see a tear trickle down his cheek. The man repeated his words again with a dry voice. 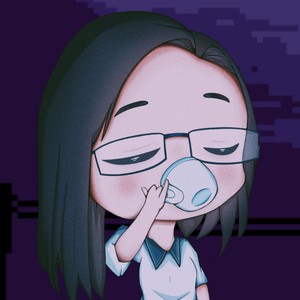 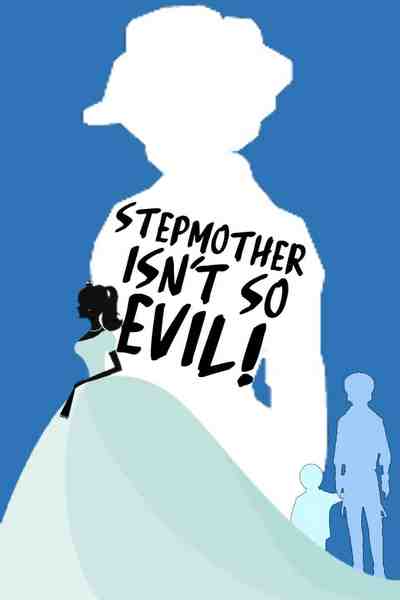 Lady Louella is known for being the abusive stepmother of Asphodel, whose father died in a carriage accident. She makes Asphodel do all the house chores and beats her up when she disobeys. She's a very despicable character who will go through great lengths to satisfy her greed! It's a good thing at the end of this famous story, Asphodel gets married to a prince and punishes Lady Louella!

But wait, why am I waking up in Louella's body!? I'm supposed to be dead! Why am I here!?
Subscribe 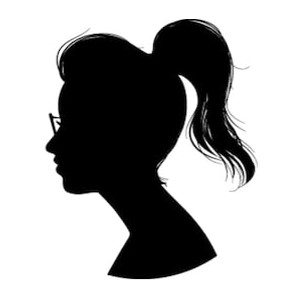