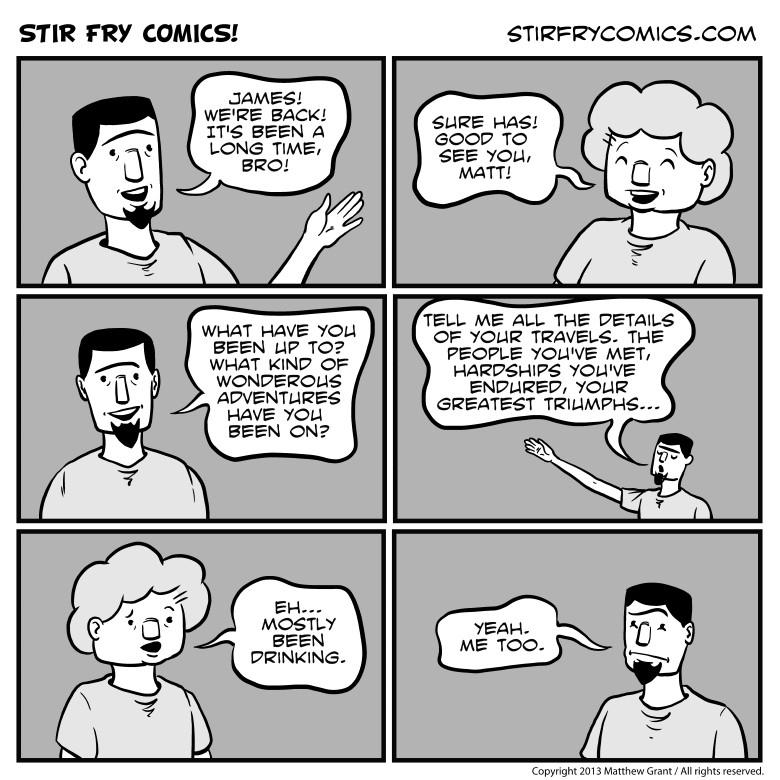 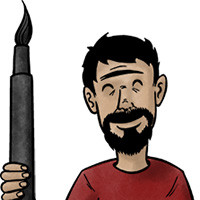 “Back? But, this is the first comic!”, you say! Okay, you got me there. This is most definitely the first Stir Fry Comic. However, it is the triumphant return of the characters James and Matt from an earlier comic I used to draw called The Adventures of James & Matt!

“So, if it used to be The Adventures of James & Matt why are you calling it Stir Fry Comics now?”, you ask. Because going around telling people to check out www.theadventuresofjamesandmatt.com is just plain ridiculous. Feel free to go squat that domain goldmine. Also, this leaves me open to not always having to focus on James and Matt – though they’re pretty much the stars of this comic. 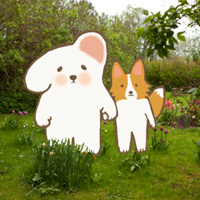 totally agree with this :) 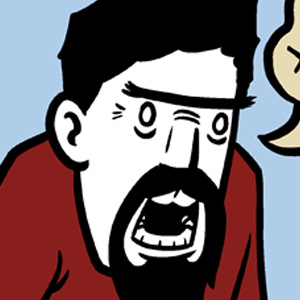 *Discovering the mysteries of the universe will have to happen on your own time. But there will be comics twice a week.
Subscribe 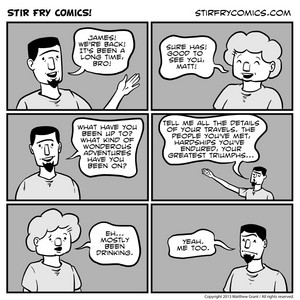