The clock buzzed as it struck twelve. People rose from their seats and chitter chatter can be heard as they unpacked their lunches. Lulu a thick tanned girl with jerry curls reached over her bag pulling out a sub sandwich. The mayonnaise dripped from the back of the sub as she slid it into her mouth. She muffled trying to breathe through her mouth as she takes a large bite out of the sub.

Harry a pale timid man with buck tooth creeped quietly behind Lulu. Her back cringed as his breath burned the surface of her skin. He then rested his hand over her shoulders as he hovered his head closer to hers. She pulled her head slightly away from his face in fear of touching his crusty ass lips. Flakes of dead skin littered her shoulders as he began to speak sexually into her ears.

Lulu scoots forward with her torso making sure she doesn’t make contact with Harry as she turns around. Skin flakes slowly drift in the wind as they peel off Harry’s dry body. Her food begins to crawl up from her throat as she tries hard to swallow while looking at him. Her face scrunches into a ball of wrinkles as Harry’s appearance attacks her senses. Her arms and legs move into themselves causes her to take a defensive stance.

“Oh ha ha hi Harharharry how are you doin? Did you need something?” she stuttered.

He leaned closer almost touching her back with his thin pencil like chin. Chuckles can be heard from around the office. Two men chatted as they tried to look over to see Harry’s slick moves. Another lady biting into her meal squeezed between the bridges of her nose in irritation. Lulu looks towards to the lady as she sways her head back and forth. Unexpectedly Harry straightens his back and moves his hands to the top of her head. Lulu’s shoulder jumps as she becomes startled. His posture changed him from being a creeper to a serious deputy. He squeezes the top of Lulu’s head and grind his teeth.

“We all lose are bonuses for the quarter! And every quarter we lose it because you never meet your quota. I would really like to get my wife and daughter something nice for Christmas this year, but I won’t be able to if you keep slacking off!” said raising his voice.

She slowly began to lift her sandwich near her mouth as Harry walks away.

“Hey!” Harry replied as he turned back to face her.

Lulu drops her sandwich on the floor.

“Don’t forget we’re having dinner at my house today, wife wants ya to come” he said.

Lulu shakes her head and reaches for some Kleenex from the bottom of her desk. A large rumble noise is made at the next cubical and she thumps her nose. Blood spreads along the surface of the slick desk and slowly drips over the edge. An older women can be seen peeking her head from the other side of Lulu’s cubical. Her hair drooped like the raggedy purple oversized blouse along the women’s slim figure. Her eyes half open, showed a sign of lifelessness. Lulu suddenly rises from her seat in excitement releasing a splatter of blood along the women’s face. The lady begins to twitch one eye as she smears the blood from her cheeks.

“Bitch you got my blouse dirty. I just had this thing dry cleaned” she replied

Lulu wipes the blood from her shirt with her sleeves. Leaving a long red streak across her arms.

“Sorry, how did you like the first season of Breaking Good?’ she asked

The women scratched her head and started to gaze at ceiling.

“uhh.. I don’t like bald men, you said there would be hot meat on it. I got to the part where the short weird guy was calling the old bald man bitch and I stopped” she answered.

Lulu puts both hands on her face and begin to pout. She then puts her hands on the cubical walls and leans toward the woman and begins to snort on the woman.

“You promised me you would check out the show so we would have something to talk about Julia.” She said

“Bitch I didn’t want to watch something that I couldn’t spank to, back off girl. I’ll watch it when I get to it, but I aint feelin it, ya feelin me.” She rebutted

As Lulu is about to reply, a thump is made and mayonnaise fling onto Julia’s blouse. A big chubby man can be seen on his butt slipping on the sandwich that Lulu had made recently stepped on. He grabs his back in agony as Julia tries to wipe off the sauce on her blouse.

“Fuck man I just got this clean common.” Julia said.

The man turned to Lulu. His face turned bright red and his face showed a great composure of pain and anger. He begins to breathe heavily before tossing a soggy bread at Lulu.

“Godamnit godamnit Lulu what the fuck is this. My back my back!”

Lulu reaches out her hand to lift Mr. Higgins.

Mr. Higgins swats her hands away and spits in her face.

“Ya godamn dumb bitch you broke my back. Get out of here! You’re on suspension. Two weeks, no pay!” yelled Mr. Higgins.

Lulu started to tear up. Interrupting Lulu, Julia tosses a balled up paper at Mr. Higgins.

“Common Mr.Bossman it was accident. She didn’t mean no harm.” Says Julia

“Shut up, two weeks for you too, no pay.” Answers Higgins.

“That’s some oh bull shit. I’m not the one that broke yo back!” Julia answered furiously.

“Tough tites. Get out of my building.”

Lulu and Julia leave the building holding their bags. Crowds of people can be heard in the back ignoring what had happened. Many people were silently laughing at Mr. Higgins. Julia opens the door and slams it to be dramatic, but her hand slips off the nob because of the mayo. She sucker punches herself on the face and Lulu comes to rub her forehead. Julia pushes Lulu off and heads out the exit.

On the outside of the building, Lulu walks towards her car and leans over to grab a penny. A shadow is scene from behind her and she feels a slight tap on her sides. Julia panics and jams her keys onto the side of the figures leg. Julia screams and slaps Lulu on the head. Julia tries to gain composure and grabs Lulu by the head to tell her something. She moves her head back and forth making sure no one is watching them. Lulu panics and tries to close the wound with her hand. Julia takes her hands off and closes her mouth with her hands.

“We gonna get that big butthole. He can’t treat us like this.” Says Julia.

“But..but it’s my fault, I should have cleaned the spill.” Replies Lulu

“Shut up for a second and listen. I got a little something in my car that will show that old son of a bitch who he’s messing with. He’ll never treat us like garbage anymore.” Says Julia as she grins

Julia nods her head in rejection.

“I really don’t want to do this, two weeks is not that bad.” Replies Lulu

Julia grabs Lulu by the shoulders and shoves her keys in her car. A gust of wind rises from the car and shocks Lulu’s nose. She waves her hands to rid the stench. Lulu notices two brown boxes in the back seat of Julia’s car. The boxes seemed to be heavily taped with no way of opening it without a knife. Lulu looks back at Julia patting the box.

“What is in these boxes?” Asks Lulu. Lulu day at work today is just not how she plans it to be. From exploding sandwiches to sexual harassment, what will go her way? 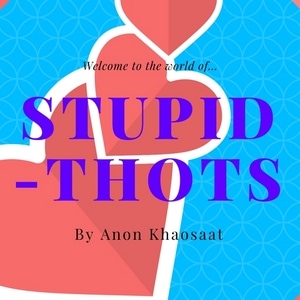 A story about two girls trying to scam there way to the top. One is overly gullible, the other conceded. Will these two egg heads make it in the big city? Read to find out in the exciting tale of Stupid Thots.
Subscribe 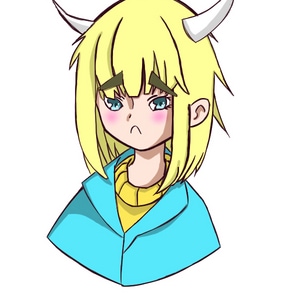