Kevin was now standing in front of an unfamiliar mirror in an unfamiliar house while trying to recall what has happened after his body turned into nothingness, but no matter how hard he tried the only thing he remembered was that someone had helped him reincarnate into this world while giving him a system, in exchange he agreed to kill all the 7 true gods which ruled the universe.
Kevin had already decided to kill all the gods if he would ever get the chance, So he didn't hesitate to accept the offer.
The next thing he knew he was in an unfamiliar room while a large amount of new information filled his mind.
.
.
Kevin was now in a world full of magic and deadly demonic beasts. The previous owner of the body was called Kevin Clayton. He had lost his both parents while they were trying to protect the main Clayton family from an unexpected beast tide.
After losing both his parents, the previous Kevin blamed himself for being too weak and focused only on training. He wanted to join the Royal Academy which was the best for learning magic in the whole kingdom.He wasn't any genius when it came to magic but could be considered slightly above average.
After rigorously training for a whole year, he was selected in the yearly entrance exam of the Royal  Academy.
Today was the day he was supposed to depart but because of his negligence, his mana went berserk and he died.
.
.
Now kevin was looking at his new body which could be considered pretty fit for an 18 year old boy, All the efforts the previous owner put in his training could be seen just by looking at the lean yet muscular physique.
His face was 7.5 out of 10, it was not like girls would fall in love just by looking at him but overall he looked like a kind good looking person.
" It will do." Kevin muttered softly and sat back on the bed.
.
.
'System.' Kevin spoke in his mind like he has seen in all those mangas back on earth and sure enough a black screen appeared in front of him.
*System initialization 0%
System initializat...5%
.....
System init...50%
.....
System initialization 100%*
Ding
* [Welcome to THE FALLEN HERO SYSTEM.
Lvl: 1
Host: Kevin Clayton
Age:18
Body tier: 1(Initial)
Mana tier: 1st Circle (Initial)
Latent Talent: Water (low), lightning(not awakened)
HP: 150/150
MP: 300/300
STR: 18
AGL: 20
VIT: 19
STM: 25
INT: 24
DEF: 15
Skills: Waterball ( lvl1), Water Wall (lvl1)
Partners: None
Servents: None
System points:500
Sysytem Shop
Inventory ]
Kevin was slightly irritated at the the System's name but was happy about the lack of any mechanical voice in his head. He didn't want one of those annoying systems which would try to influence him in any way.
Kevin took a quick look at the screen and his gaze stopped at the system shop. He open the shop and started to look at all kinds of different skills, weapons and formations etc. He found some very useful items and skills but there were not many items he could buy with his current system points.
'System how do I get more system points.'
*[ The main way to earn system points is based on the host's inner wishes and that is by spending quality time with some lovely ladies on the bed.]
.
.
Kevin started laughing as just like any other man, he also wanted to get stronger while spending time with beauties but soon his laugh came to an abrupt halt as he started thinking.
After a few moments he asked " System I still want to kill those two faced gods but why am I so calm despite loosing my friends?"
*[ To some extent it may be due to passive cool headed feature of the system.]"
" Show me all the features."
.
.
*[ 1. Cool Headed: The host is able to think calmly even in the face of extreme danger and all the
harmful emotions are kept in check.
2.??????( require lvl 2 system )
3.?????? ( require lvl 3 system)
.....
.....
.....]
Does the host want to turn off the feature Cool Headed.*
' No, let it always stay on.'
Kevin knew the advantages of such a feature, he still was feeling all those emotions but the feature was not letting them control his decisions.
Kevin recalled all the precious memories of his friends for one last time 'May you all have a happy peaceful next life.'
With that thought kevin put all the other things aside and put his focus on his goals in this new life.
' I am not going to blinded by hatred, I am still going to kill them but I will not  ruin this life just by chasing after those hypocritical gods.
I will do whatever I want without being bound by the so called morality. I will use every method to get everything I want.'

Kevin was now standing in front of an unfamiliar mirror in an unfamiliar house while trying to recall what has happened after his body turned into nothingness, but no matter how hard he tried the only thing he remembered was that someone had helped him reincarnate into this world while giving him a system, in exchange he agreed to kill all the 7 true gods which ruled the universe.
Kevin had already decided to kill all the gods if he would ever get the chance, So he didn't hesitate to accept the offer.
The next thing he knew he was in an unfamiliar room while a large amount of new information filled his mind. 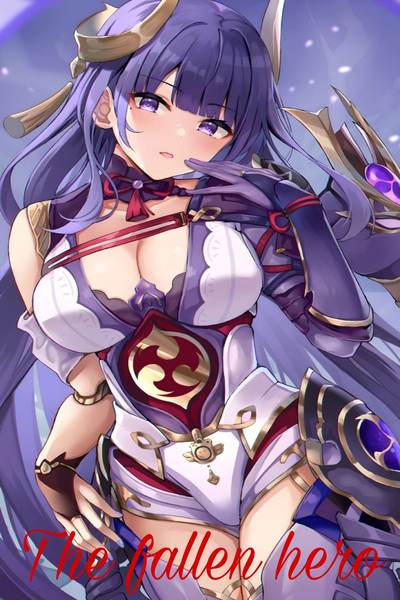 On the verge of death, Kevin or what the people called 'The Savior' was chosen by the gods to be the hero, to be the one who would kill the demon lord and save humanity.
Just like any other wannabe hero Kevin also accepted the 'blessings' and started his path to be the hero.

He faced numerous obstacles but endured everything while worshipping the so-called Gods.
At last he and his friends succeeded in their mission and were able to kill the demon lord. As expected from any hero's story but what Kevin didn't expect was the selfishness of the so-called gods.

Just as kevin killed the demon lord, the god who gave him the mission and provided blessings to Kevin and his team appeared on the battlefield.

"HAHAHA
YOU HAVE DONE WELL, HERO.
NOW THAT THE WORLD IS AT PEACE, IT'S TIME TO TAKE BACK OUR BLESSINGS.
IT'S TIME FOR YOU BRAVE WARRIORS TO REST."

Just as the god appeared, kevin instinctively wanted to get on his knees and start worshipping, but when he felt all the holy power in his body dissappear, he looked toward the divine being in confusion.
But seeing the mocking smile on its face Kevin fell silent. Feeling something bad was about to happen he turned to look at his friends but as he saw their bodies turning into nothingness with disbelief in their eyes, his heart started beating faster and faster until the only thing he could hear was his furiously beating heart.

Kevin felt an unimaginable amount of pain in his heart as he saw his friends, whom he had sworn to protect, die in front of his eyes.
It took him a few moments to arrive at the only possible conclusion, and all his faith and pain turned into hatred as he looked the divine entity.
" I WILL KILL YOU, AND ALL THE OTHER GODS!!!" kevin roared in anger as tears flowed out his eyes.
He now knew that these selfish gods have used him and his friends to get what they wanted and were now throwing them aside.
Subscribe 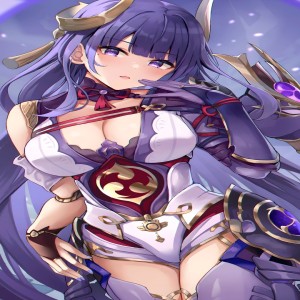