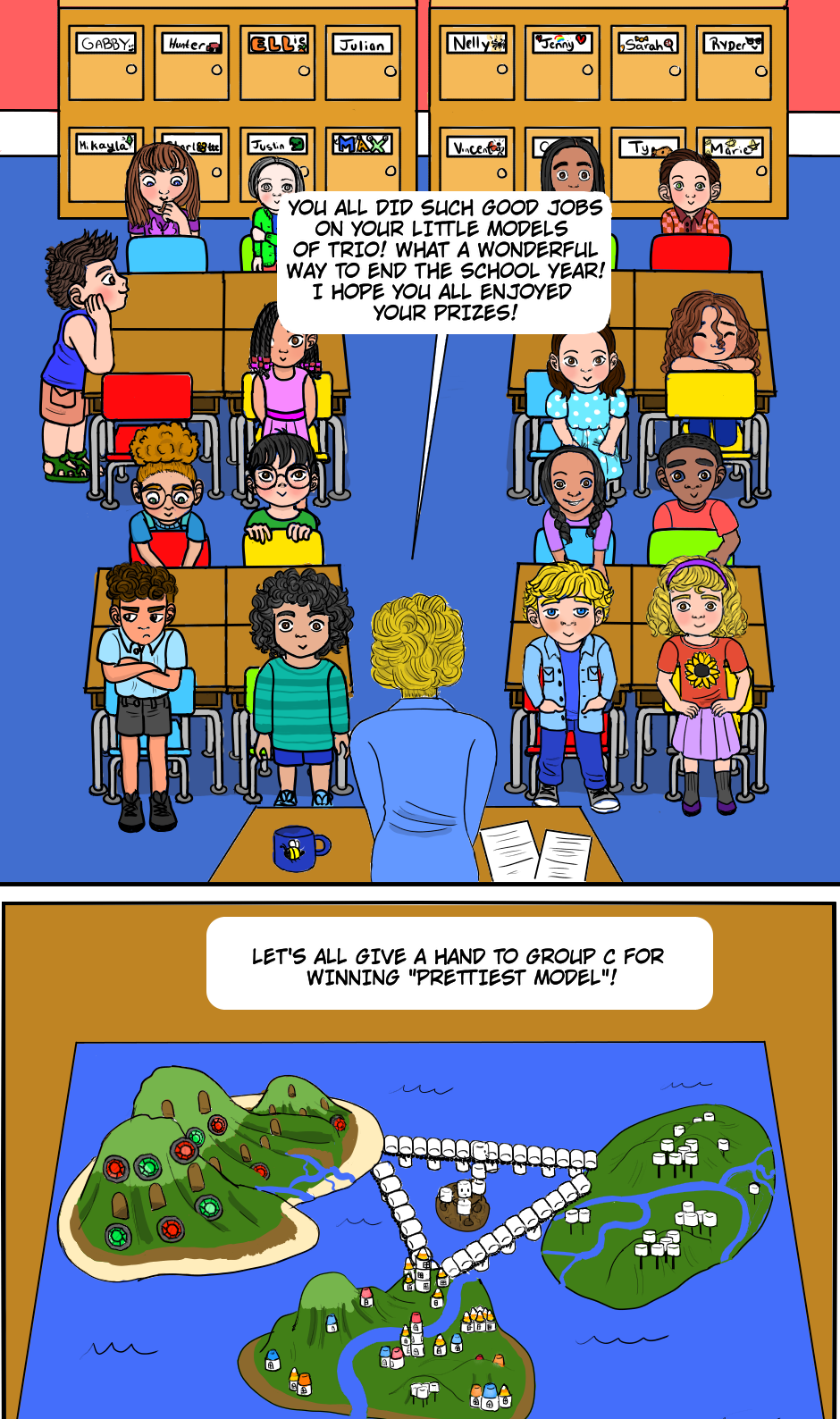 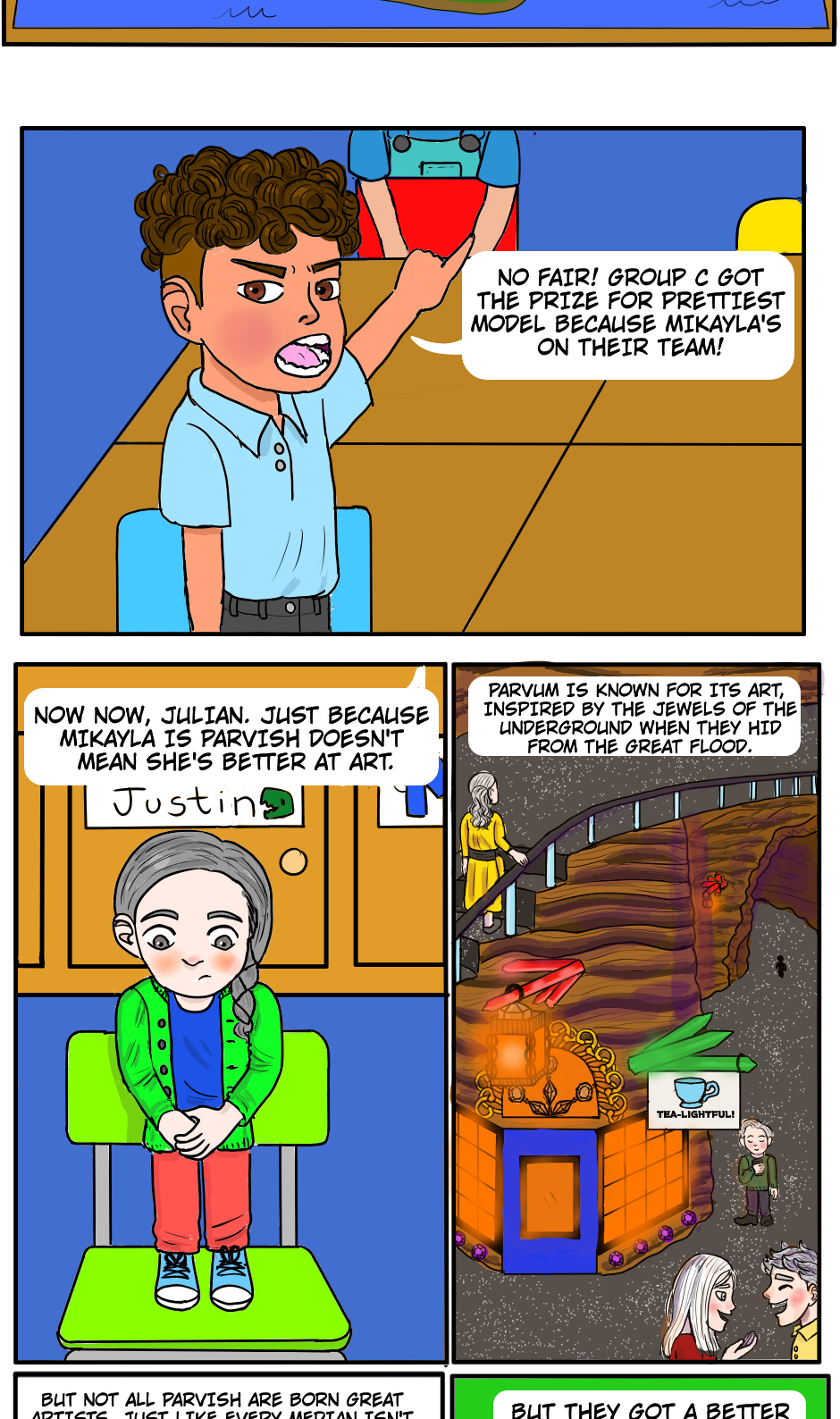 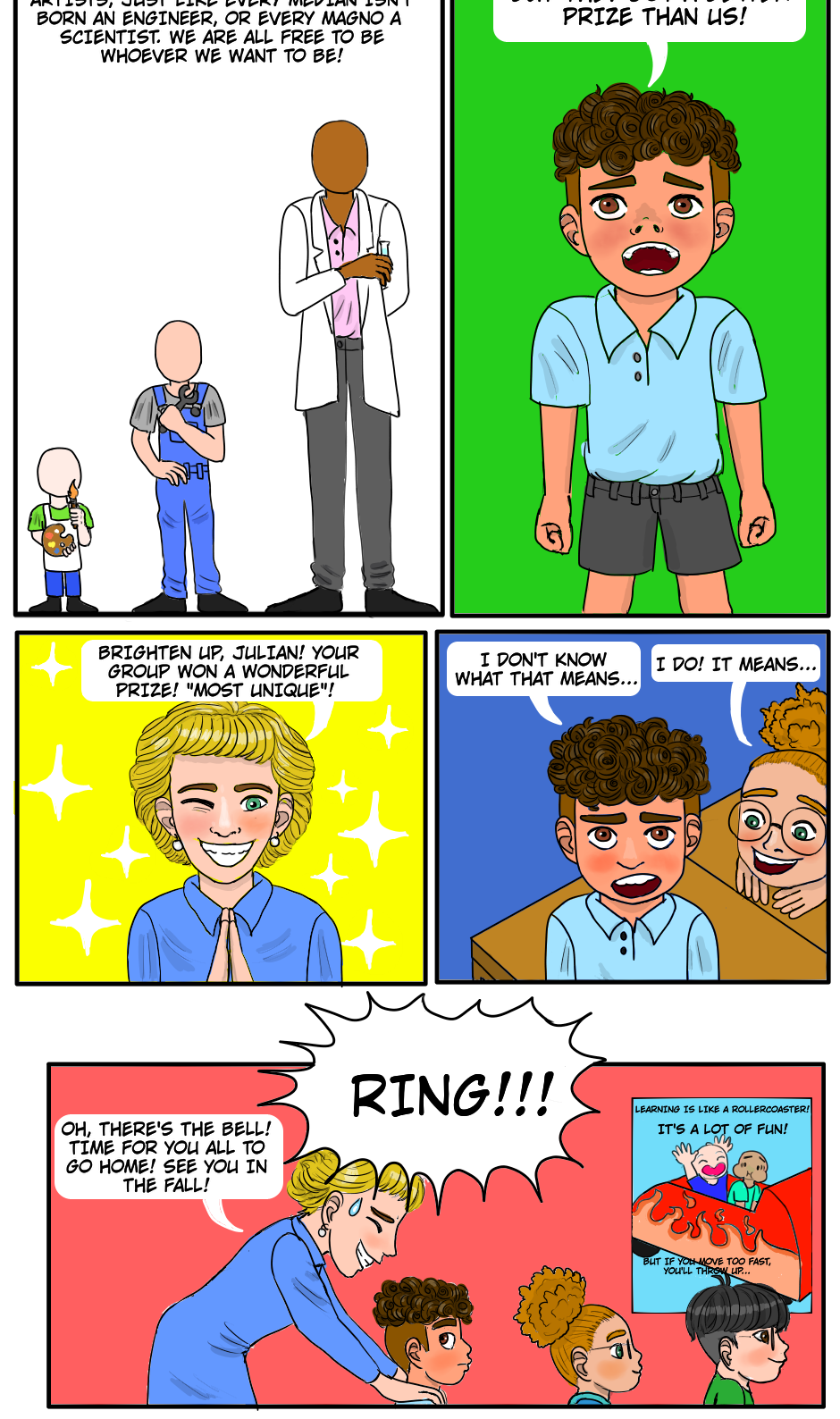 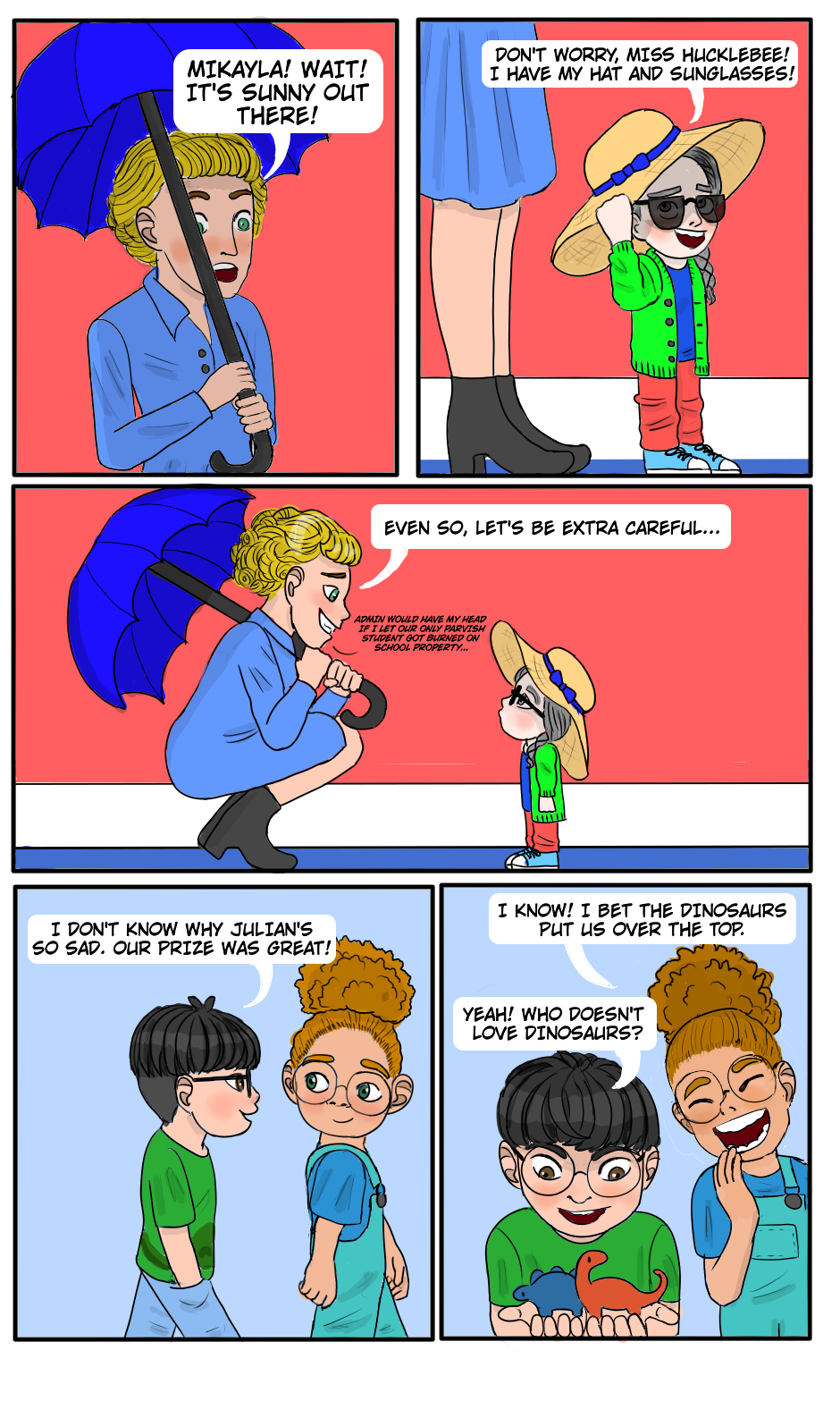 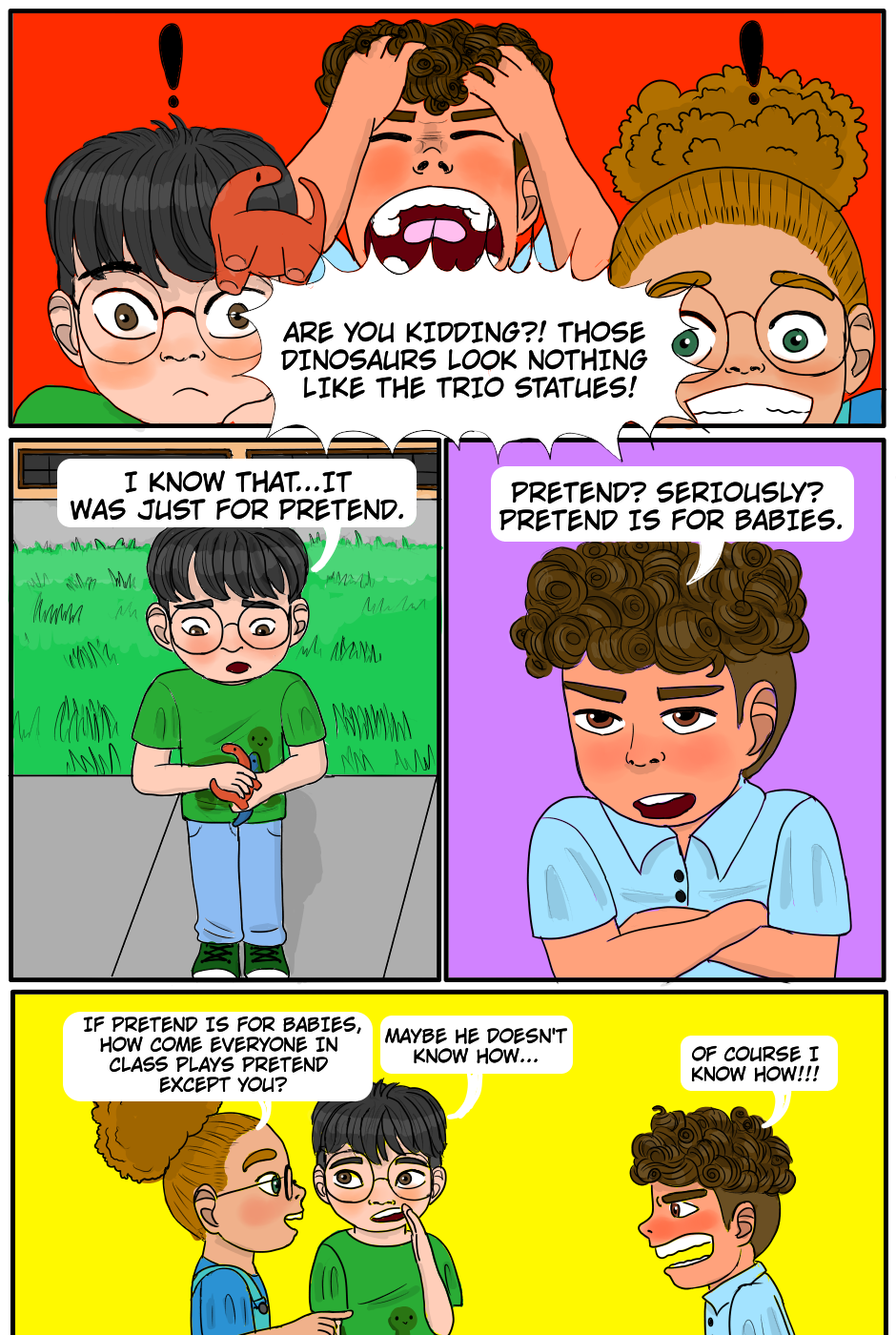 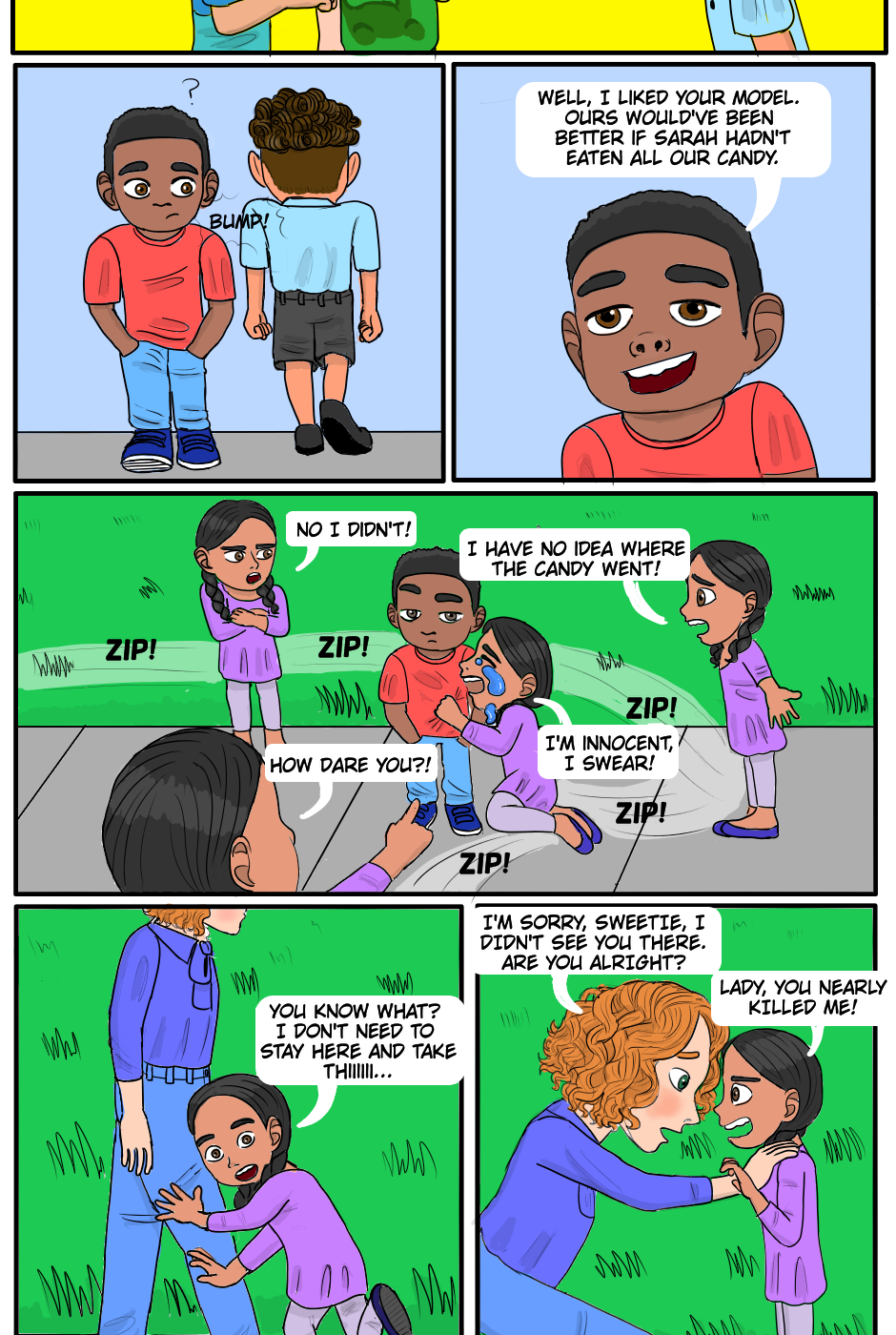 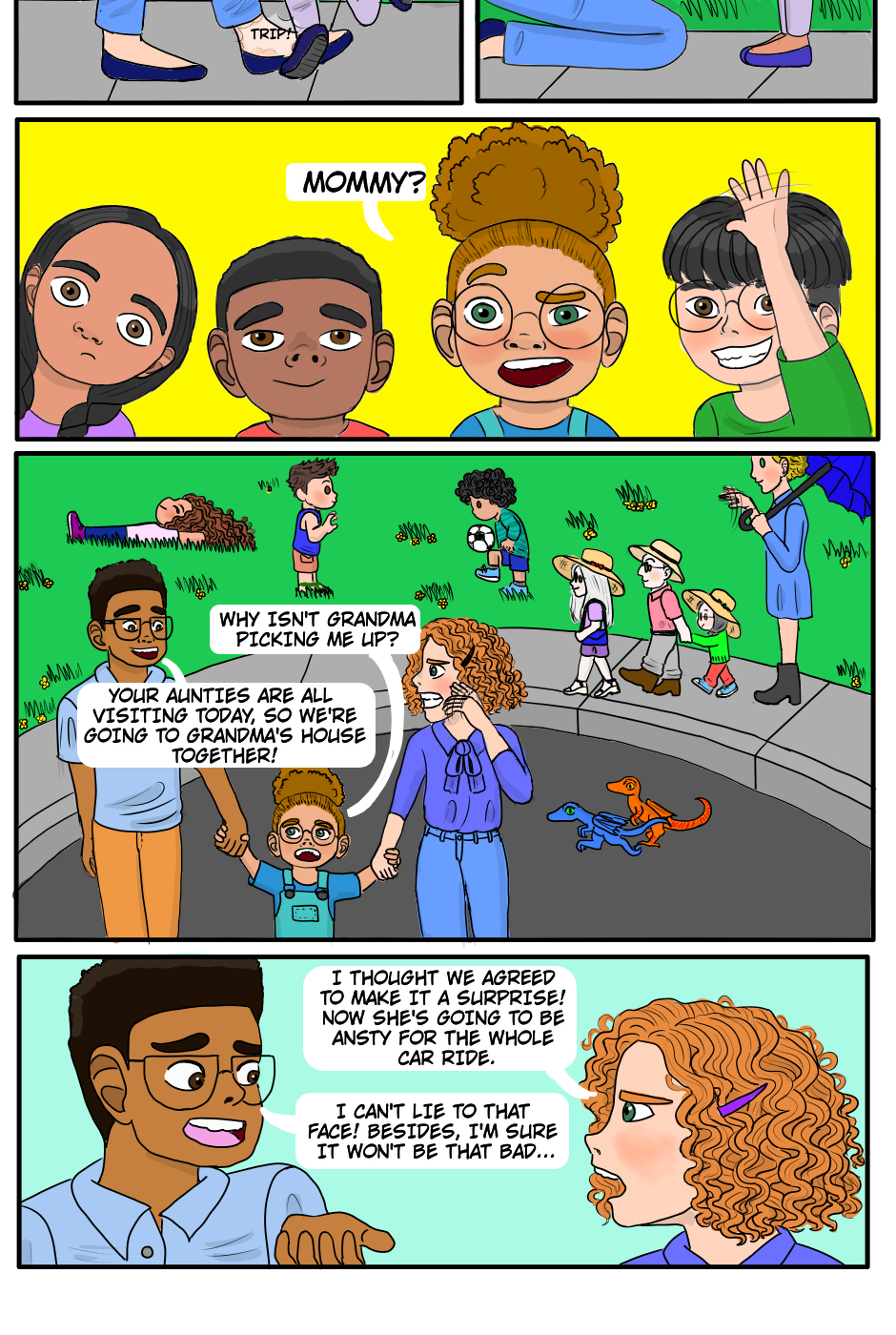 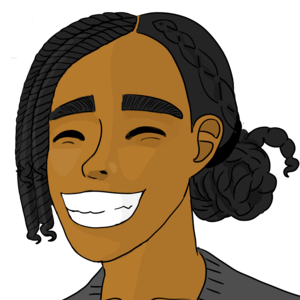 Hello, all! I realize that I have been away for quite a bit, but I had to take some time to rethink the direction of my comic. Hence, a couple of deletes, but I think this is better for the direction that I want to take. I'm really excited for where this comic will go! I'm making it up a bit as I go along, but I do have a couple of fun things planned!

By the by, if you were curious, the top left row of lockers corresponds to the leftmost row of kids, bottom left to the second leftmost row, top right to the third leftmost row, and bottom right to the rightmost row. In other words, Gabby is directly left of Mikayla who's left of Nelly who's left of Vincent. The name that is hidden by Nelly's head is Cecilia, who drew a sun by her name (truly a pity Nelly blocked it out, but I didn't know where else to draw her) 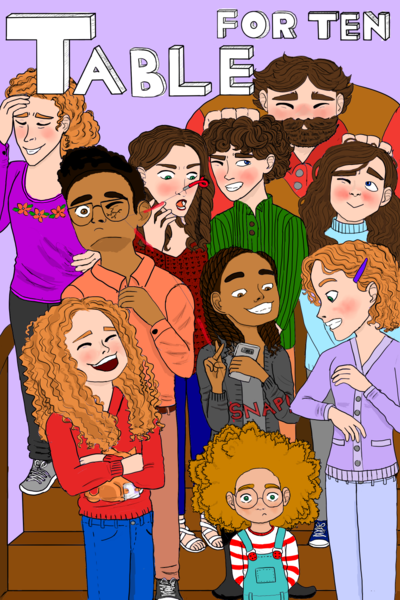 In the aftermath, three countries were created from three islands that used to be one: Magno, Parvum, and Medius. The islands together were called Trio. The Medians built bridges to connect the people together, but much still keeps them apart. Differences are hard to overcome, even within a simple Median family like Ellie Sweet's. But that doesn't mean they are insurmountable. After all, the Sweet-McGee family has made it this far without killing each other. Maybe there's hope for the land of Trio after all.
Subscribe 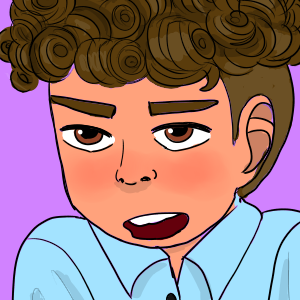