Taken! by the Magical Girl!

It began when Blaine Crumbles glanced up to the sky one fateful day, and a piece of toast fell onto his head. As sticky, melted butter slid down the young man’s cheek and across the scar that had cut right through his jaw, he first wondered if this was not a sick joke from his childhood friend, who would always take it upon himself to mock Blaine’s last name.

However, when the shape of a young woman fell from the heavens, then landed on him: Blaine froze. He was quite confused.

Yes, indeed, he had been tending to his farm—as he had done so for the twenty-two years of his miserable, lonesome life—and in all this time, Blaine could not say that a young woman in a frilly, pink magical girl outfit had ever popped up on his family’s land.

The girl had bright, peach tinted eyes. Her blonde bangs were blunt cut, and perfectly suited the style of her hair—long and flowing like a princess’s, with a bowtie seated at the top of her fancy little head.

She seemed to be about his age, if not a tad younger.

When Blaine leaned forward in an attempt to check if she was in need of any help, the young woman let out a sharp cry. She pointed right at Blaine’s face—or, more precisely, the food that was still stuck to his skin. “Ah! My toast! You stole my breakfast!”

“W-wha—” Blaine felt his cheeks warm. “I did no such thing!” he blurted. “It’s you! You’re the one who almost killed me by squashing my—”

A roar erupted throughout the land.

The two of them paused.

Blaine’s lip twitched as he slowly turned his head to the right, where a magnificent drake that donned two heads spat fire into the Summer air. “You’ve got to be kidding me,” he said.

The young woman cursed under her breath. She grabbed Blaine by the arm and yanked him away from the drake. “Can you use Magic?” she yelled.

And Blaine’s features paled. He cringed. “What?” he screamed back. “Is that a joke?” Truth be told, the young man hoped this was all a nightmare he would soon wake from, or, a mean farce that was currently being filmed to be put online later on. “Of course, I can’t!”

“Oh.” The girl slowed. She shrugged, and stare at Blaine like this was all his fault. “Well, why didn’t you say so earlier?”

“Never mind,” she huffed, then waved his words away. “I don’t want to know.” The crickets that had once been singing around them fell silent. The girl reached into her pocket and took out a wand that extended into a staff—like her outfit, the entirety of it was adorned by ribbons and sparkles, most of them pink, to match the shade of her lips. “All right,” The girl scratched her head. She squinted at her weapon. “How do I do this again…”

Blaine’s eyes widened. He stared at her with horror burning in his gaze. “You mean you don’t know?”

The drake took off, into the air, then dove straight at their figures. Blaine swore that he was seeing stars, as the young woman stood by him, unperturbed and swaying from side to side; she hummed a friendly tune.

When the beast was about to strike, she perked up. She exclaimed the words, “I remember!”

It was about time! Blaine thought, while he continued to observe her. Cold sweats ran up his spine. As time went on, it suddenly started to sink in to him that this was very real, indeed.

The young woman spun her baton around. She tapped the end of it twice, onto the ground. Dust rose at her feet, whilst she chanted a spell in a language unknown to Blaine’s ears. A sparkle of light spread out before them; it only ceased to grow once it had turned into an oval portal, the colour of bubble-gum and sweet things Blaine’s late-sister used to love.

Blaine waited expectantly for the drake to be sucked into the void, however, he soon realised this was not going to be the case.

The portal was not for the beast.

It was for them.

“Oh, shut up, already!” The young woman did not listen to his complaints. She grabbed him by the collar this time, and threw him into the portal. “So noisy…” Blaine heard her mutter, before his world shifted into spinning colors, then went dark.

When he blinked again, his family’s farm was nowhere to be found. He was in a village, surrounded by people who wore strange, mediaeval-like attires, that were much too dated for his times. 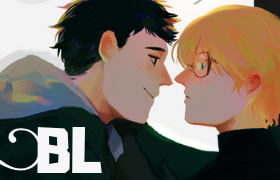 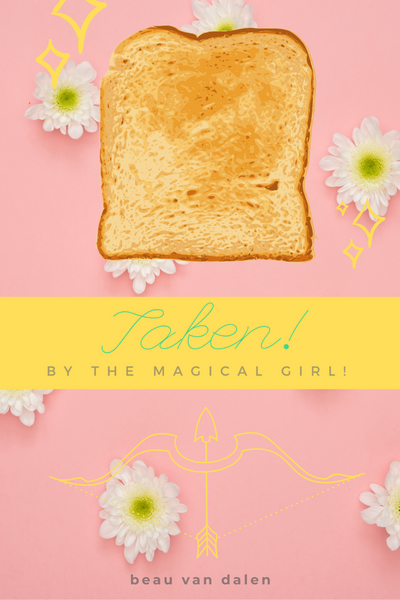 Taken! by the Magical Girl!

Blaine used to be a farmer, until a magical girl threw him into a portal, and transported him to another world as revenge for stealing her breakfast.
Subscribe 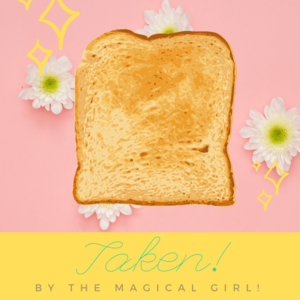