Tales from the Isle of the Fallen Rose

kit was walking home, he pulled his hood tighter as the rain beat down on his back, he couldn’t help but realize the figure at the end of the street who oddly was wearing a large red cloak.

Scared kit started to walk faster, to his utter horror hecould hear footsteps behind him.

Starting to fear for his life he started to walk a bit faster, this time unholstering his gun just to be safe.

To kit’s surprise the footsteps stopped and he was alone again.

After Kit got home he placed his gun in the counter and flopped down on his lving room floor.

After a hour or so he decided to head to bed and taking his gun with him he got up and walked to his bedroom.

He had a hard time getting asleep because he was afraid of being watched.

At around midnight he heard a scratching from the inside of his closet.

Kit getting startled grabed his gun and standing away from the closet, with his gun pointed to it.

In fear he watched as a clawed hand reached out and grabbed the outside of the door.

Despite what he said another hand reached out.

Kit can just make out a twisted smile, dark suken in eyes and a yellow face.

Kit put his finger near the trigger but his hands we're kinda shakey because he had never shot anyone.

The figure was tall and lankey.

”im not afraid to shoot you! tell me how you got in here!” Kit screamed.

The figure stayed silent and slowly started to get closer, before lungning at him.

Kit squeaked in fear, shot his gun but missed. The thing grabbed him with his claws and he blacked out. 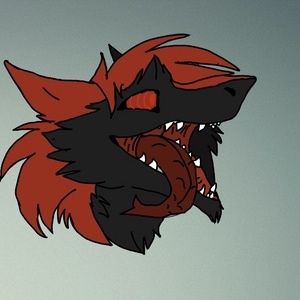 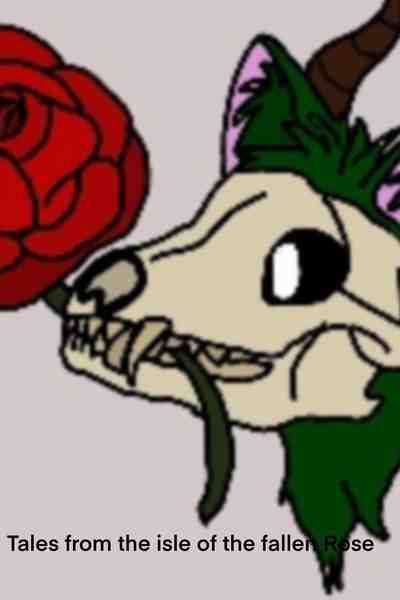 Tales from the Isle of the Fallen Rose

My lover of Vine and Bone- Kit a young half folf half-human meets a powerful demon sorcerer and soon finds him self falling in love.

A Fox and A wendigo- a strange mas shows up at Tamaki’s (my friend came up with the name and I didn't know it was the name of an anime character until too late) house, asking for a place to stay
Subscribe 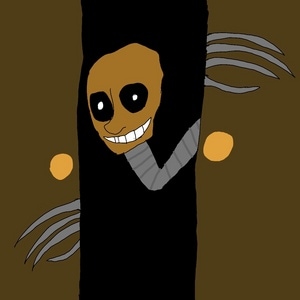