So I guess I’m doing this now? It’s been a long time since I’ve kept a journal, so this feels pretty awkward. But it’s just me writing stuff to myself. How can it be so awkward when it’s just me and a book? Is it supposed to be like this? Why am I doing this again?

Oh yeah, that’s right! I fell into a pollen pit earlier today and Jane says that I should start keeping a journal in case I start losing my memory like Cale did last year. Poor, poor Cale. He thinks he’s a potted cactus now. Except he chirps at us whenever we forget to water him. I don’t think I’ve ever seen a chirping cactus before, but hey? Cale is the resident cactus around here, so I guess he’d know best, right?

Anyways, cactus Cale aside, I don’t think I’m forgetting anything. Like, any more than usual. It’s kinda hard to tell though ‘cause I’m pretty forgetful anyways. Like how I forgot where my pen was before I started writing this and I had to go all around camp asking people if they had one I could borrow. Or how I forgot to lock the gate last night after scrap hunting and then a bunch of armed got in.

WAIT- THAT WAS WHERE MY PEN WENT! I STABBED IT INTO ONE OF THE ARMED! Gods above, it feels great to remember that! I don’t even care about the pen that much, it was just a random thing I’d picked up in some ruin. But I was going MAD trying to tell if I was getting pollen-brain or if I’d just misplaced it! And I HAD just misplaced it!

But I might still get pollen-brain, so I’ll probably just keep doing this whole journal thing like Jane suggested. Plus, once you get past the whole ‘I’m talking to future me’ part, it’s not so bad.

Hey, future me, am I doing well? Am I a super-rad ruin explorer, or a totally loaded scrap maverick? Am I still rolling with the same crew or did I get kicked out for being stupid again? And have you found out if that mark on my-slash-your-slash-our leg is a birthmark or a scar yet? My vote’s still on scar, but maybe you know something I don’t. 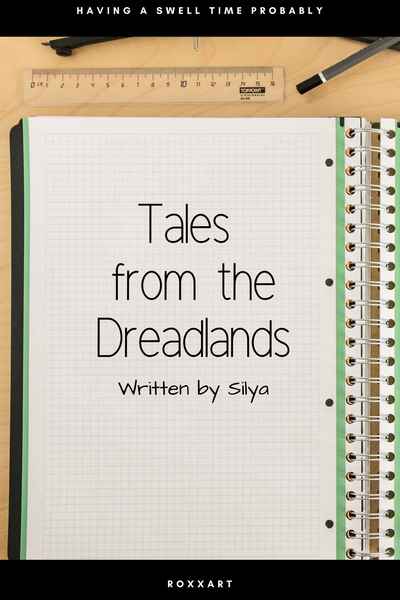 The ongoing journal of Silya, your average young woman living in the Dreadlands! Every day is a new adventure for someone who lives their life one page at a time.

Will she watch the narwhal geese vying for the best nesting spot today? Or maybe she'll drink some tea with cactus Cale. Or she might finally figure out where Narry keeps getting that toenail polish. Only her journal knows the truth! Or the truth as Silya writes it, anyways. 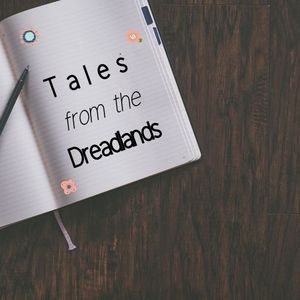