Matty looked around the dingy room and felt more depressed after taking in how boring it was. A few posters of famous people smiling brightly and saying “YOU CAN DO IT!” were plastered to the wood-paneled walls, a piece of printed paper was taped near the trash can. It said, “Please do not use waste receptacle as a urinal." That was always a reassuring notice to see in a therapy room.

Once Matty was finished ruining her day by looking at the walls, she decided she should do more to destroy what little motivation she had by looking at the other people sitting in the plastic chairs that were arranged in a circle. Most of them were wearing suits and skirts, or perfectly tailored outfits that made Matty’s eyes feel like they were bleeding.

Matty was wearing a shirt that said, “Been there, Done that. Got the t-shirt.” and a pair of ratty jeans with her favorite pair of skater shoes. Most of these fools looked down their nose at her, judging her for her lack of conformity. She thought that was the perfect icing to her already stellar day. This was supposed to be a nonjudgmental environment. Which was bullshit, because they were human, even if they didn’t look like it, with their perfectly coiffed hair and thousand dollar suits.

She wondered why these people were even on this side of town. Weren’t they worried about getting mugged? She shrugged to herself and looked at the only other non-plastic person sitting on the plastic chairs. He was a little boy who couldn’t be more than eight. His shirt had a picture of a cartoon cat with a nuclear explosion coming out of its ears. They wore the same kind of shoe, only his were yellow to Matty’s blue.

Her heart went out to him because he obviously had problems too since his little legs were covered in bandages and he had a swollen lip. He looked utterly miserable and angry at the same time. She wanted to hug him and tell him everything would be okay, but would it? After all, she was here because she couldn’t convince herself that it would be.

“Matthew it’s your turn to speak.” The bored therapist said after looking at a chart.

The therapist, Wayne, looked over at her, then looked back down at his paperwork, “Matthew, it’s your turn. You need to say something, even if it’s simply to pass to the next person.”

Still “Matthew” stayed silent, the rage was beginning to simmer under her skin.

Wayne stood up and put his hands on his hips as he walked over to Matty. “You have to speak, or this therapy won’t work, Matthew.”

“Stop it! Her name is Matty, not Matthew. You’re an asshole!” The little voice of the boy yelled out, and the little blonde haired spitfire pushed his way between Matty and the therapist. He stood tall, his kid-sized fists resting on his hips as he looked up at the therapist who just didn’t get it.

“That is his name, Benton, I have to call him by his name in order to differentiate between reality and fantasy. It’s part of the therapy.” Wayne said, displeasure at being questioned by a little kid, evident in his condescending manner.

“Fuck you and your therapy. It sucks ass!” Benton grabbed Matty’s hand and tugged at her, “Let’s go, Matty, this place is stupid.”

She found herself standing, and Matty let the little whirlwind of piss and vinegar pull her out of the room. The boy turned after they were in the hallway and flipped off the people in the room before slamming the door so hard she felt the repercussion in her feet.

He stood there for a moment, huffing and puffing at the closed door before he grabbed Matty’s hand again and tugged her down the hall and into the fresh air. They both paused and took large breaths of the clean, non-judgey air.

“That place is no good for us. They’re just going through the motions. They don’t really care if we get better or not.” Benton grumbled.

Matty’s chin trembled and she crumpled down onto her butt on the sidewalk. She wanted to get better, but better isn’t ignoring what she felt like on the inside. Her parents understood that’s why when she was forced to do surgery, they helped request the changes to her face and body. When the doctor refused to reconstruct Matthew into Matty, they searched far and wide for someone good who would.

Now, her outside matched her inside, but people still didn’t accept her. Why?! She burst out crying and covered her face with her hands as she let the misery flow out from within. Little arms surrounded her shoulder, and she found her face pressed to a small chest.

“Fuck them, they don’t see you, but I see you. You’re a very pretty lady, Matty. Almost as pretty as my mom.” He grumped and sniffed. “You’re gonna haveta stop though, or I’m gonna start crying too, and I hate crying, it makes me mad.”

But he was already mad, Matty thought, and a chuckle broke through her tears. She pulled away and wiped her tears away. Makeup came off with the tears and she tsked.

Benton noticed and patted Matty’s shoulder. “Let’s go to my mom. I bet she can help you fix it.”

Matty nodded and stood. She followed the little kid towards the parking lot. Sitting in the parking lot, in one of the handicapped designated spots, was a beat-up old minivan. It was one of the boxy ones, not the rounded smooth looking new ones. And it’s paint had peeled, and the car was rusted in places.

I could fix that, Matty thought to herself as they moved closer to the vehicle. Benton opened the driver door, and Matty looked at the boy’s mother. It gave Matty a hint at why the boy was so angry. His mother was beautiful, her hair was a dark honey blonde with white blonde streaks that looked natural. Her lips were generous, and her eyes had that dewy doe eye look that made Matty want to paint her picture.

The woman wore a beautiful sundress in pale blues and purples that looked perfect against the woman’s lightly tanned skin. It was when Matty’s examination hit the bottom of the dress, that she began to understand... Benton’s mother had lost her legs right above the knee.

“Hello there.” His mother smiled up at Matty’s six and a half foot frame.

“Hi, sorry to bother you,” Matty said, still wiping tears and makeup away.

“They were so mean to her Momma. I hate them, they’re stupid. The two of us need a different group because these guys don’t listen!” Benton’s lower lip jutted out, his nose flared, and his blonde eyebrows furrowed.

“Oh? What did they do?” His mother was listening like her own mother would, and Matty thought this is where his caring came from. This was why he stood up for her.

“They refused to call her Matty, that asshole called her Matthew, and that is not her name! He made her cry!” Benton stomped his little foot as hard as he could with anger.

Benton’s mom shook her head and pursed her lips, “That won’t do at all, we’ll go somewhere else, and we’ll take Matty with us, but watch your language, okay son? Being more grown up means knowing how to curb our tongue.”

“Sorry, Momma. We can keep her then? I think she needs us.” The precocious boy said, making Matty blush.

“Only if she wants to keep us as friends, then yes, we can keep her.” His mother looked back at Matty, “My name is Grace, would you like to come over to our house Matty? We can have supper together, and maybe find a better therapy circle for the both of you?”

How could Matty say no to the two angels in front of her? She’d felt so alone besides her parents. She hadn’t found anyone who had accepted her at first glance until these two people abruptly fell into her life. “I would love to come for a visit.”

Matty shook her head, “No, I'm not supposed to drive until I stop having panic attacks, or at least until I can control myself enough to pull over.”

Benton grabbed her hand and tugged her to the passenger seat. He wrestled open the door and held it open for her. It was one of the first times someone had treated her like a lady, and she teared up again. “Thank you, Benton.”

“You're welcome, Matty!” He said, his smile breaking through his anger and turning his face into that of an angel. Matty was really beginning to believe she'd had two heavenly beings fall into her lap. 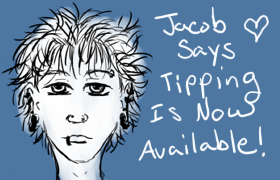 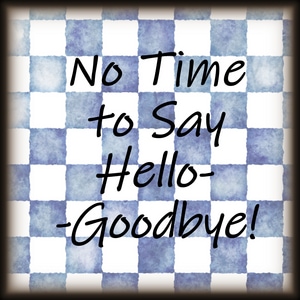 The first story in Tavern Tales!
Things will update sporadically on this collection so be patient. <3 <3 <3 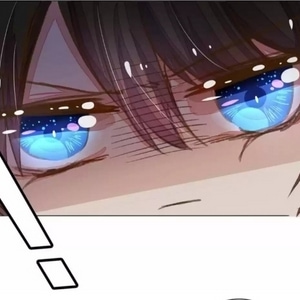 When I got here, at first, I was confused. I read the description. I waited a few moments for the words to sink in. Then, I shrieked from joy for a solid 5 minutes. Ask anyone in my house. Or the neighbors next door. I then immediately went to the 'Add to Library'. As I applied pressure through my fingers it shrunk down and turned into a rectangle with an obtuse triangle taken out of the base. My eyes raked to the right side of the screen, ecstatic. I continue, reading the first few words. I eat them like one would a chicken shwarma with extra pickles after not eating for 3 weeks. Then I ravenously scrolled and scrolled, overcome with a mixture of emotions. Until I came upon a sad looking button. I then guided my little black arrow over it and pushed down, once. The little icon lit up with a cheery red color that proved my love and devotion. 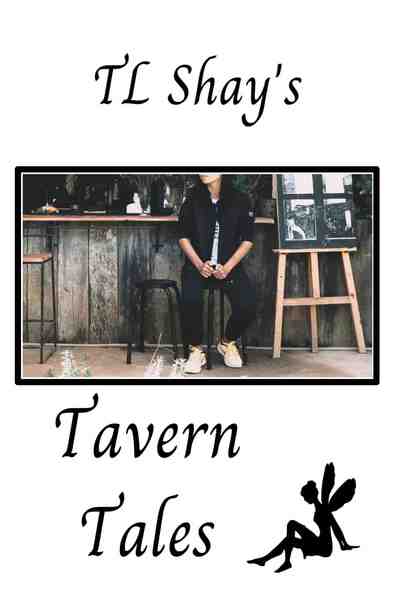 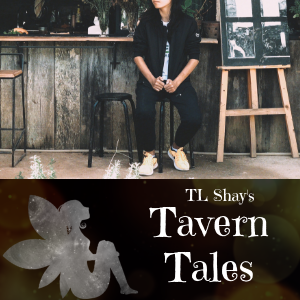