Kyong lay on his bed surrounded by women in limited clothing. Wearing his velvet dressing gown, he thought himself to be the most successful and sought after teen in all of Korea. As he lay there admiring himself in his myriad of selfies, his maid made her presence known, walking through his chamber doors. “Prince, sir,” She bowed her head at him.

“Yes, maid, what do you want?” he made slight eye contact in her direction.

“Your father calls for you, sir” she looked down, knowing her worth to him.

“Very well,” “Off with you, get out” he waved his hand at the women lazing on his large bed.

The scurried off, as did the maid who gave him a curtsey on her way out, mumbling under her breath, “what a brat.”

Kyong looked at himself in the mirror, admiring his chiselled body through his open robe. “I am so handsome, everyone wants to be me,” he chuckled to himself as he made his way to his walk-in wardrobe to pick out an outfit for the day. He settled on a blue velvet tracksuit and walked to his door, admiring himself in one of the many mirrored walls in his large bedroom apartment. When he looked back toward the entrance to his bedroom, his father and his courtier were there to meet him. Kyong sighed, “Father, why must you call on me this early in the morning.”

“Kyong, it is time you grew up. Stop it with this frivolous spending and messing around with girls. You need to find a sensible wife with a lot of wealth to bring to our kingdom.”

“What?” Kyong gasped, “I am only eighteen father,” he continued, shaking his head in mock shame.

“I am serious! This stops at once, and your Courtier is here to make sure you make changes.” His father demanded, leaving the two to speak amongst themselves.

“Well?” Kyong demanded of his Courtier. “How long must you bother me before I can get on with my day?”

“Sir,” he scurried by Kyongs side, “We must go over your Social Media growth and budget. I am afraid you are not making enough appearances or brand deals.” He informed.

“Agh, my gosh,” Kyong sighed, rolling his eyes, “So boring!”

“First things first,” Courtier continued, “We need to look at your social media accounts. Your brand deals have dropped dramatically, and your posts aren’t reaching the engagement level that we are after.”

“I don’t like the brands that want to work with me! They aren’t cool enough!” Kyong exclaimed.

Courtier rubbed his eyes, “Sir,” “in order to keep your engagement at a growing rate, you need to work with brands that want to work with you. Have you looked at the approved list I sent over?”

“I haven’t had time, my gosh. I am too busy living the life of an eligible prince.” Kyong interupted.

“Okay, let’s move on. How about your we look at your budget. You currently have Ten-thousand-dollars a month to spend on whatever you wish. With the loss of your social media audience, we need to reassess. I was thinking we drop it to eight-thousand for the time being.”

“What? Jeez, don’t be so rash! I need all of that money. What about my designer shoes? I need to keep up appearances! My Gosh.” Kyong waved his hand as to dismiss his Courtier.

Courtier stood, “Sir, you are going to be running this kingdom one day. You need to learn some sense of responsibility.” he said through gritted teeth.

Courtier followed him, despite his dismissal, “We are having a board meeting later, you are expected to join.”

Kyong scoffed, “No one understands me. I just want to live my life and be rich and admired. I don’t want to work hard.” Sighing, he lumped onto his bed, looking at himself in his skylight mirror.

When Four pm came around, it was time for the board meeting, in which Kyong was expected to attend. When Kyong showed up to the meeting in casual attire, he viewed everyone else in their suites and smirked to himself, “Those weaklings.”

His father was less than impressed by his appearance, “You wore slippers?” He rubbed his eyes, pained from his son’s absent-mindedness.

“You know nothing about fashion father,” Kyong laughed, “these are not slippers, they are velvet slides.”

“Regardless of what they are, you are not to wear them in this room!” he pounded his fist on the table. “You are to attend these meetings in full business attire.”

“Gees. Sorry to offend father. I will dress differently from now on.” Kyong slumped, taking a seat at the only empty spot at the table. He looked over to the associate on his left with a wide grin, bouncing in his chair, to which he got a sour response. “My gosh” he winced, turning to the front, eyes on his father as he began to conduct the meeting.

“As most of you know, being close to me in business and life, Kyong will be taking over my role as King once I retire or die, whichever comes first.” Kyong gleamed at his father’s words, looking around the room to see who else shared his enthusiam. All he got were eye rolls. “That being said, Kyong will be attending these meetings from now on, so that he can learn his role, and how to run this business, and kingdom.” His father continued. “This role is much more than just sitting on a thrown and giving people orders,” he spoke his words as he eyeballed Kyong, who was now slumping in his chair and pulling faces at himself in his phone camera. “Kyong!” His father’s voice boomed throughout the room, worrying the maids, as they came running in.

Finally getting his attention, Kyong stood, “Yes father?” he whimpered.

“This is not any time to be taking selfies,” he shouted.

“Oh, I wasn’t taking selfies, I was updating my Instagram following about how boring this meeting is…” he informed the group, “Courtier said it is important for me to engage with my fans.” He followed.

“This is not the place or time, Kyong! At this rate, I am ashamed to call you the next king of Seoul!” angrily, his father paced the room.

“You obviously are not getting the severity or urgency of the situation, Kyong. I am ill, and in such, I need you to take over the kingdom sooner than I had planned.”

“Kyong,” his tone grew less angry, “it is important that you grow up and stop being so self-centred.” 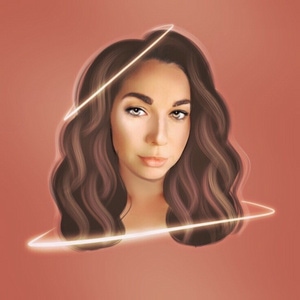 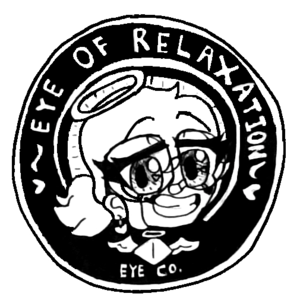 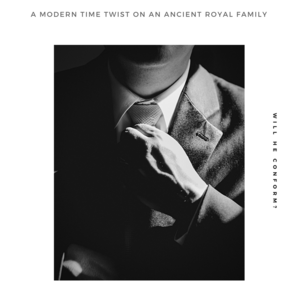 He's young, he's rebellious and he is next in line for the throne... Will he make the cut?

With his father and his appointed Courtier on his back about making his online presence known, his Instagram blowing up and ensuring his 'meet and greet' time with fans is up to par, Kyong isn't having a bar of it. This bad boy wants to do whoever and whatever he wants, and he isn't going to let a crown stop him.
Subscribe 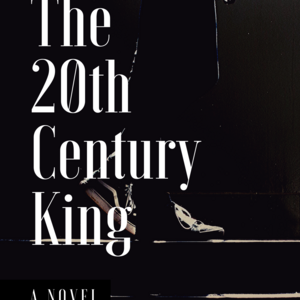